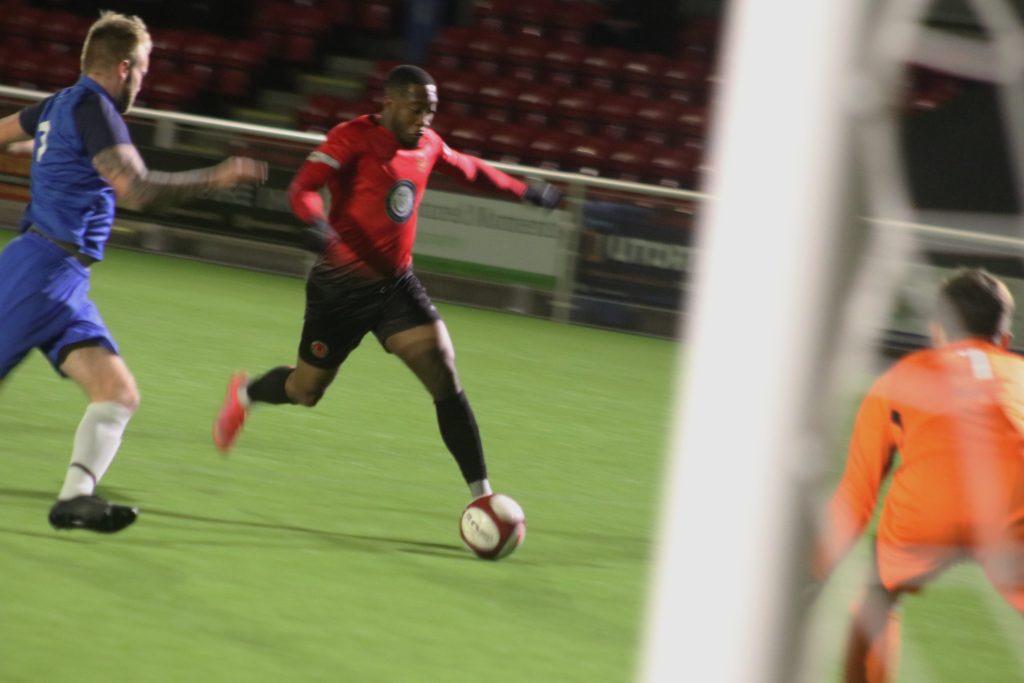 Another convincing win for Mickleover Reserves, took them back to the top of the Central Midlands League Premier Division South table, beating South Normanton Athletic 7-1.

After finding their feet in the opening minutes, Mickleover were straight on the attack after four minutes, with Jahvan Davidson-Miller crossing from the byline after a defender failed block, but there was no one to receive it.

Elliott then tried a shot three minutes later, after a good run down the left by debutant Dolan, but overall it was fairly even in the middle, with Mickleover keeper Bowen yet to get a touch.

With the experience of Milner, McGrath and Lee pushing forward from midfield, Mills played a perfect through ball to find Jahvan-Miller in the clear. He came in closer, picked his spot and fired neatly beyond the visiting keeper after 14 minutes, 1-0.

McGrath then sent Dolan on another run a couple of minutes later, but the keeper just beat him to the ball.

A second goal was looking imminent, with South Normanton unable to retain possession. Milner fired well over after 22 minutes and three minutes later Jahvan-Miller was tripped on the edge of the box.

Mills took the free kick and it beat both the wall and the keeper to find the top corner, 2-0. 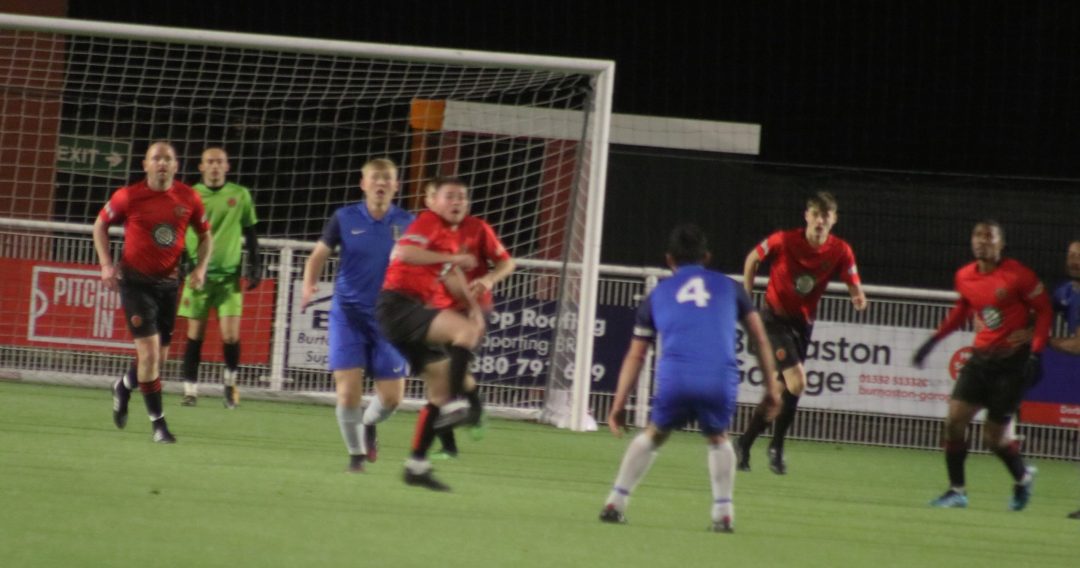 Another Mills led attack soon followed with a shot fired well over, but both wing backs Robertson and Dolan were both causing havoc to the visitors defence.

On the half hour Dolan had another long run right in the box. He was pushed down, but penalty appeals were waved away.

Davidson-Miller’s pace and power saw him on the end of a clinical build up again after 35 minutes, his finish was just as accurate as his first, 3-0.

With five minutes left of the first half it could easily have been a hattrick for Davidson-Miller, after Milner had picked up a loose ball. But the final touch was only half a connection and the keeper had it covered.

South Normanton finally had a chance after 41 minutes, but the cross into the box had no one left to collect, while Mills ended the second half with another powerful shot over the bar from long range.

Mickleover made one change at half time, with Massampo on for Mann, which dropped Elliott back to centre back alongside Anthony.

The second half had barely kicked off and Milner had a great chance. He beat the keeper, but his effort also beat the far post by inches.

There was another shot wide from South Normanton after 49 minutes, but Mills then picked it up and had another shot just off target.

The visitors earned a free kick in sight of the Mickleover goal, but it came to nought and then in the 57th minute Davidson-Miller had a shot across the goal, but the angle had proven too tight to threaten.

A couple of minutes of sustained attack followed, with Mills on the receiving end for his second to make it 4-0.

Mickleover made their second change when De Abreu came on for Milner, but play had moved to the Mickleover end, and after the defence seemed to freeze, South Normanton took their chance well, to make it 4-1 on the hour. 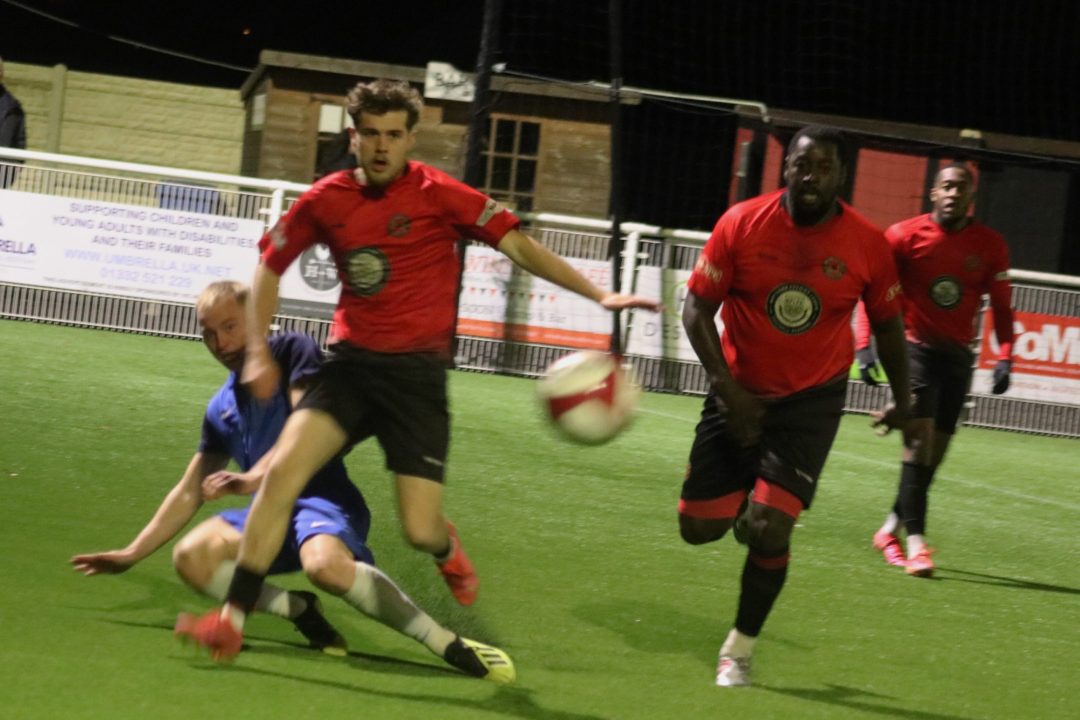 Lee then put in a telling cross for Dolan to shoot over, but 68 minutes down and Mills completed his hattrick to make it 5-1, chasing onto a long through ball cutting straight through the middle of the visitors defence.

Mills made his departure to make way for Smith, but the visitors continued to try and play and had another shot just wide of the mark.

De Abreu had a shot straight at the keeper after 75 minutes and Elliott then headed clear any danger from a South Normanton free kick.

But it was total chaos in the visitors defence a few minutes later, when the keeper came out to try and rescue his defence. But he lost out too and De Abreu fired it into the net with 78 minutes gone for 6-1.

Bowen had to make his first real save three minutes later, when he tipped over for a corner. A goal mouth scramble followed, before the danger was cleared again.

83 minutes and it was 7-1, when Smith made a nice turn under pressure and fired in as the defence tried to block him.

The South Normanton keeper was busy right up to the final whistle, making one good save, before a Davidson-Miller effort was saved and Dolan put the rebound wide.

Davidson-Miller was still trying for his hattrick and his final chance came in the 43rd minute, but his shot was saved and it remained 7-1 and took Mickleover back to the top.