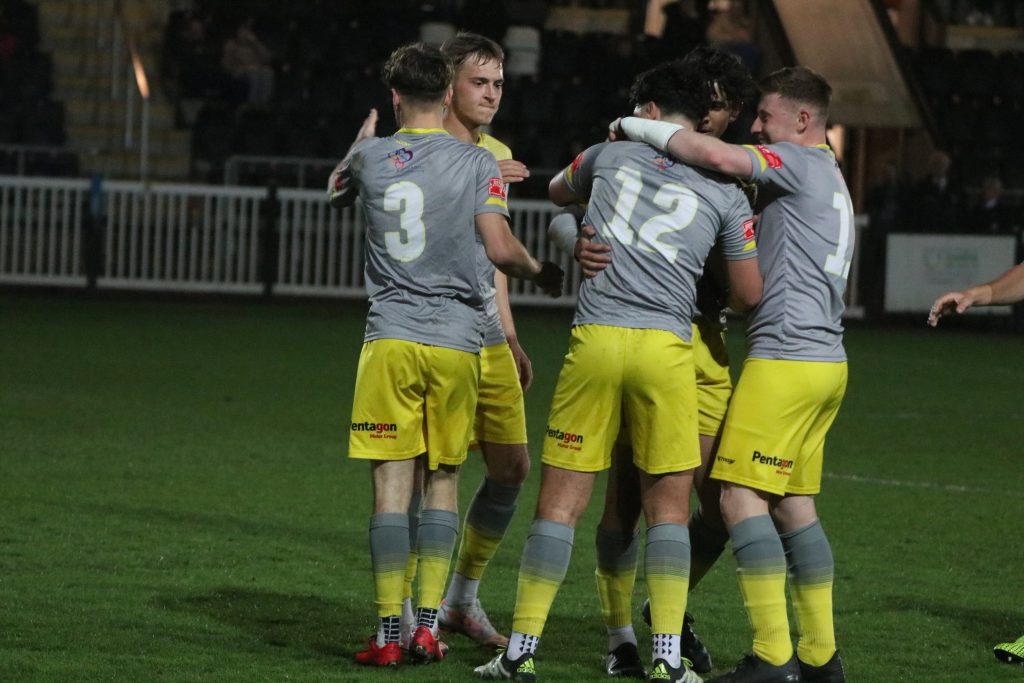 It was back on the road for Mickleover following last following Saturday’s home draw, with a visit to Bamber Bridge.

As in last Saturday’s game Sports conceded an early goal when Nathan Pond headed, home following a free kick after Walker had fouled. 0-1.

Mickleover were favouring the long ball leaving McDonald and Niven to chase. But the home defence had it covered most of the time, until McDonald got a shot in after 10 minutes following a run from Radcliffe.

Radcliffe then had a shot himself from outside the box just wide.

The hosts were being given far too much time on the ball unchallenged, but alternatively harassed Mickleover whenever they had possession.

There was more pressure from Bamber but Atwal played the ball well out of defence, which sent McDonald on another run.

But keeper Hudson came out to intercept and there was a defensive mix-up, which almost handed the ball back to McDonald.

But Bamber were soon on the attack again with Spinelli firing a long shot well over the bar after 28 minutes.

Only a couple of minutes later Spinelli was on the ball again with far too much space. He picked his spot and buried the ball in Hedge’s right-hand corner, 0-2.

Bamber were in control and seeking to extend their lead further, with Pond heading just wide.

But after 36 minutes the fightback was on, McDonald ran onto a long ball from Wright, and placed his shot out of Hudson’s reach 1-2.

Martin had another try for Bamber but was well wide, before Sinclair’s cross found Strawn, whose shot found the side netting. So it remained 1-2 into the half-time break.

Mickleover made two changes for the second half, with Davidson-Miller and Moore on for McDonald and Niven.

Radcliffe had another strong run after 47 minutes, with a shot just wide again, after his charge from the halfway line.

Moore then joined Mann in referee’s book for an innocuous challenge, but was then able to fire in a cracking shot after a Dolan run, but it was straight at keeper Hudson.

Atwal began to bring the ball out more as his confidence grew, only for his progress to be thwarted by a trip.

But hosts were firing more random shots, which Watt and Mann were able to block, apart from one shot over the bar.

Dales came on for Milner on the hour, but after 61 minutes Yeates almost broke through the defence, before Watt came to the rescue.

Mickleover got close to equalising 72 minutes in, when a telling run from Davidson-Miller found Dales, whose shot was saved by Hudson, before Radcliffe’s rebound shot was saved too.

During the second half the referee became somewhat whistle happy as a couple of the hosts hit the deck somewhat easily, which resulted in Dolan being booked too.

Hedge made a great diving save after 65 minutes to keep Yeates shot out, before Dales got a break with Davidson-Miller on another positive run, but his cross from the right was blocked.

A minute later Spinelli shot straight at Hedge as it continued end to end, with Skinner next to try, before seeing his shot saved.

Dales was causing more and more problems for our hosts and on 76 minutes he was on the end of another clearance. His shot went across the face of the goal, before being deflected out, but the referee awarded a goal kick?

Only a minute later Dales was at it again, finding Radcliffe, whose shot was tipped away by Hudson.

Mickleover continued to build the pressure on the home defence, doing everything but score. But 80 minutes in and it finally came.

Another Dales break found Wright, whose initial shot was blocked, before Radcliffe fired in the rebound and was deflected passed Hudson by Moore, for his first senior goal, 2-2.

With seven minutes left Dolan went into a tackle, which left the Bamber player seeking a late Oscar nomination. The referee fell for it and a second yellow card became a red, the second time in the last month that Dolan has been the victim of bad refereeing.

The final minutes were very scrappy as Bamber still sought the three points. But Mickleover stood firm and headed home down the M6 with their point secured.