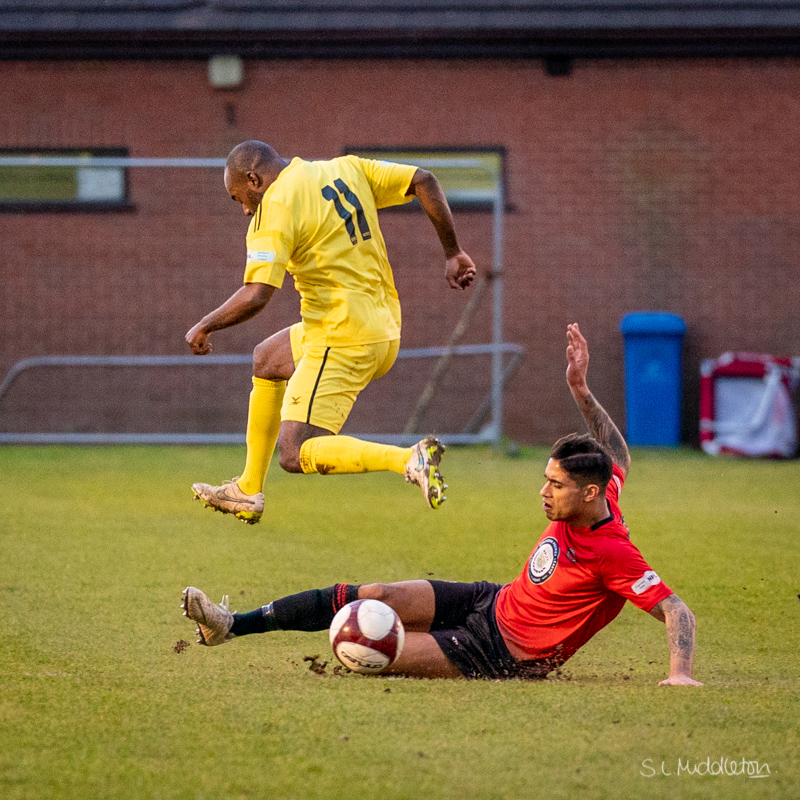 This Weekend at High Flying Nantwich
by Peter Scherer

Since Sports took a 2-1 win over Nantwich Town in early January, the Cheshire side have had a six week unbeaten run, which included a 4-1 over table toppers South Shields.

But on Tuesday night their run came to an end at the hands of FC United, losing 1-0 at home. They are still fifth in the Northern Premier League, with Sports down in 14th with two games in hand.

Most of the Nantwich line-up is expected to be the same at we saw at the Don Amott Arena in January, with a few notable changes.

Having graduated from Youth Team, Troy Bourne has come back into the defence, having been on the bench in January. Similarly David Webb has come into midfield, having joined the club this season, after playing for Marine and the RAF.

They have also taken on two more strikers, Ethon Varian on loan from Stoke and Prince Haywood signed from Radcliffe.

With Sports having only played four league games since the win in January to Nantwich’s eight, it’s going to take a big effort to secure the double. But weather permitting the game will go ahead we eagerly await the outcome.

If you are not travelling to Nantwich, the reserves are at home to Bakewell Town in the Central Midlands League Division South.

Sports reserves are currently lying second, with Bakewell sixth, but when they met a few weeks ago it was Bakewell that came out 2-1 winners.

The game is due to kick off at 2pm at Derby University’s Kedleston Road pitch.