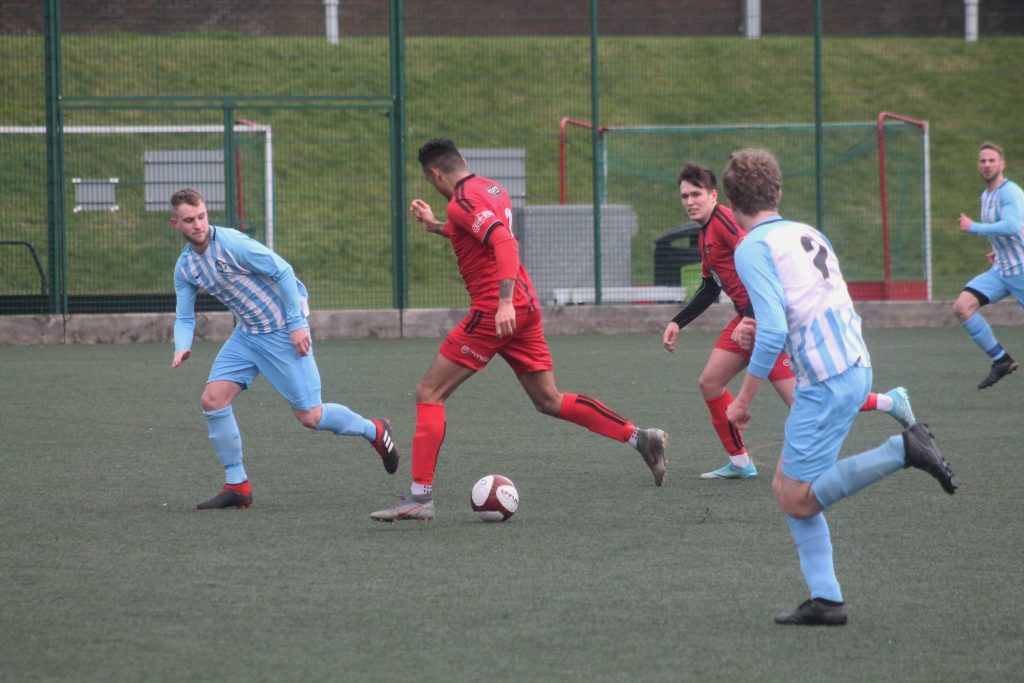 Having lost 2-1 away at Bakewell Town a few weeks ago, Mickleover Sports Reserves took revenge in their Central Midlands Division One South match, with a 4-2 win on Derby University’s 3G pitch.

After the initial skirmish, Bakewell had one shot just wide of the right hand post, before Lewis Belgrave opened the scoring for Sports, with a well taken chance.

It was Belgrave that seemed to be causing most trouble to the Bakewell defence, with some good through balls from Clinton Morrison.

Some scrappy defending gave Sports more chances, one straight at the keeper and one just over the bar, both from Belgrave.

But Bakewell began to fight back and Sports keeper Kiran Sanghera had to tip one shot over the bar after about 25 minutes, before a second wild shot cleared the perimeter fence a few minutes later.

With Lamin Sanyang on for Tomas Junek, Sports were on the on the attack again as half time approached. Belgrave put another chance just wide, before Josh Sacchwell had his shot well saved by the Bakewell keeper, as it stayed to 1-0 after the first 45 minutes.

It was full on from the start of the second half though, with the Bakewell defence in chaos. Satchwell was able to pick his spot for Sports second goal, after a good team build up and a few minutes later Surf Tefera made it 3-0, drilling the ball into the right corner.

For a while it looked as if more goals would follow, as Belgrave went close to making it 4-0.  But Bakewell suddenly sprung back into action with two quick goals, which prompted another Sports substitution, as Tom Mason came on.

Bakewell were still fighting hard though and kept Sanghera under pressure, but Sports finally sealed it when Belgrave crossed from the right and Mason made it a secure 4-2 victory.