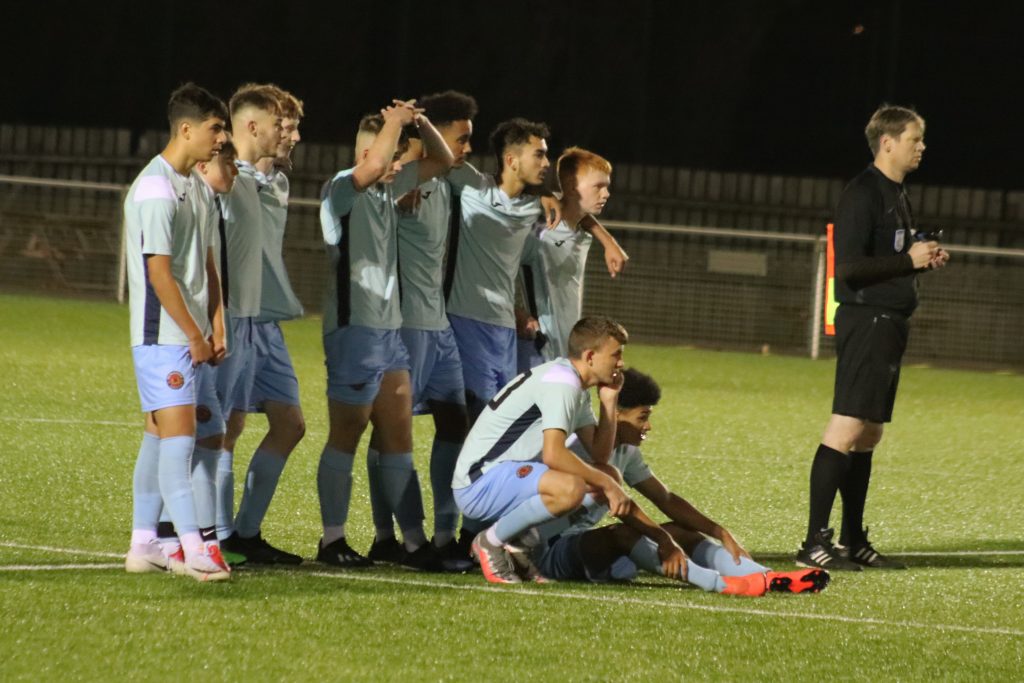 After two wins so far in this years FA Youth Cup, Mickleover faced local rivals Basford Utd in the second qualifying round, but came away disappointed on the wrong end of a penalty shout-out.

The game had barely kicked off when Basford were awarded a penalty, after Pugh tripped one of the home strikers just inside the box.

Despite Smith’s best efforts he was soundly beaten and after six minutes they were 1-0 down. 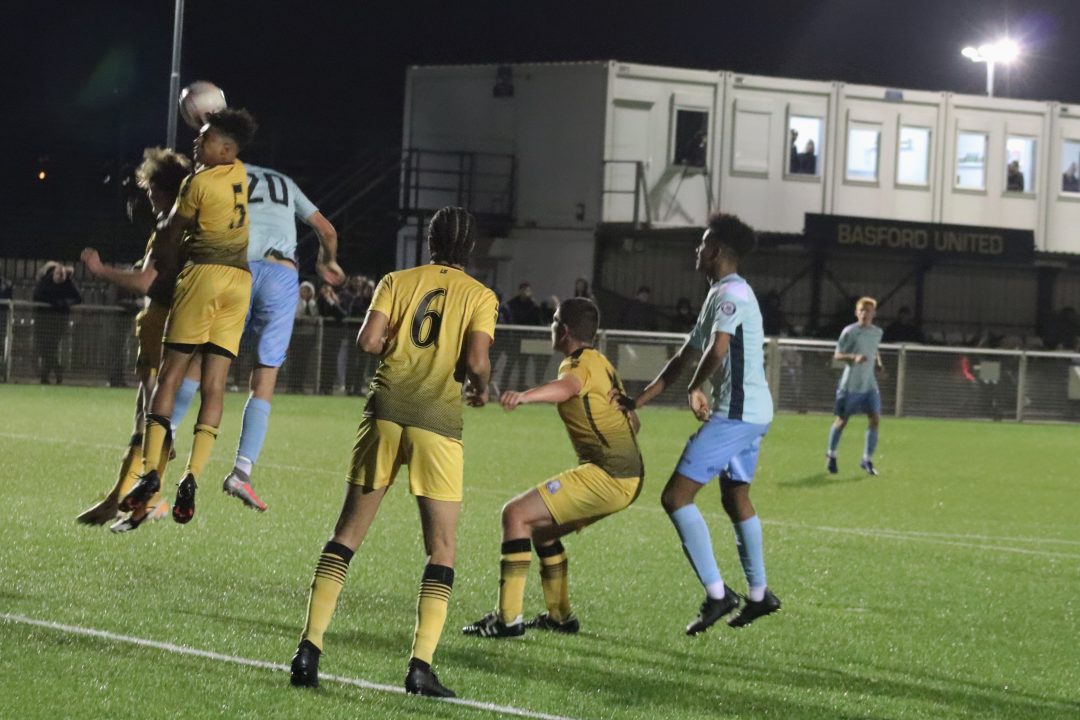 The early goal seemed to upset Mickleover’s rhythm and after 11 minutes Basford had another shot just over the bar, repeating the effort six minutes later.

It was 20 minutes in before Basford’s keeper was called into action, but he was off the line quickly to clear any danger.

A minute later Sports had a break after a Basford free kick, Benjamin managed to put the ball into the area, but there was no one to receive it.

Lewin placed a free kick nicely into the Basford box too, causing a defensive scramble before it was cleared.

As the completion of the first hour approached, Mickleover began to put together some promising moves, mainly on the break. Satchwell had a good run through on 27 minutes and earned a corner.

But Smith was back in action again with a good diving save to his right, following a threatening shot in a crowded box.

Battison and Pennington began to link up and it was a good through ball from Battison that just failed to connect with Mickleover strikers Satchwell and Carter. 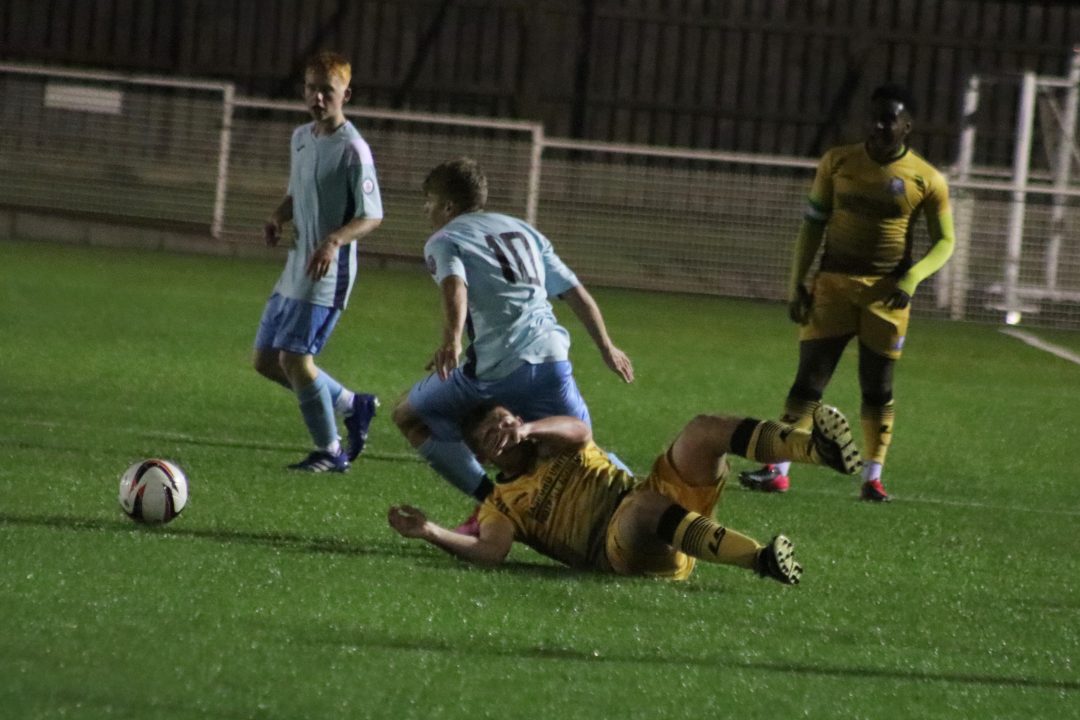 Satchwell was then fouled on the edge of the box, but Pennington’s free kick sailed high over the bar, before another good effort from Satchwell was just wide as the half time whistle followed.

Mickleover came for the second half and immediately looked more positive and creative. An early corner was cleared which triggered a Basford break, but the presence of Satchwell and Carter began to cause a few more problems in the Basford defence.

But on 54 minutes there was more danger after a poor clearance from Smith was intercepted. With Basford’s striker fouled on the edge of the box, they sent their free kick high and wide.

Carter was then brought down after 54 minutes, but after the free kick came to nought, a good cross from the right almost connected with the young strikers foot.

Mickleover were forced to make their first change just after the hour mark when Lewin went off injured. 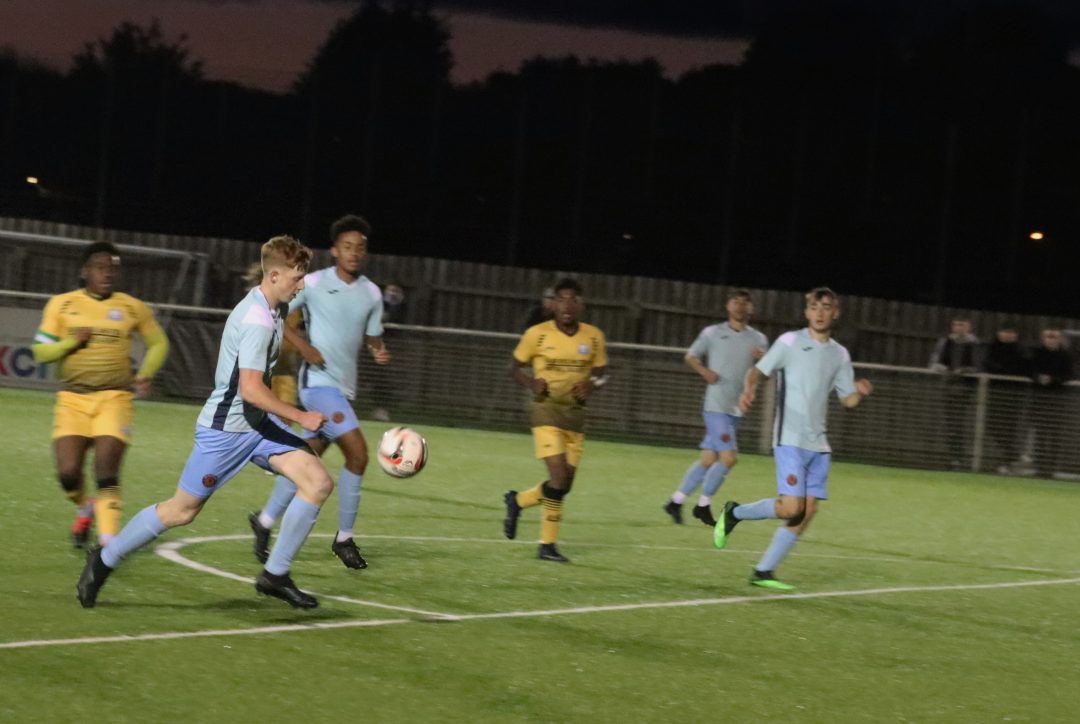 Smith made two excellent saves in close succession, before another cross from Robinson was inches from connecting with Satchwell, as Sports continued to pursue an elusive equaliser.

There was a shot tipped over in the 70th minute, but chances at the other end had Smith forced to save again.

Two consecutive corners kept the pressure on the Basford goal, before Satchwell had a point blank attempt blocked by the keeper on 78 minutes, with Carter and Edge-Lucas desperately close to connecting with the rebound.

Into the final 10 minutes and the shots reigned in on the Basford goal, but mindful of a threatening break from Basford.

Four minutes into injury time and Satchwell was clipped just inside the box and he duly put the following penalty passed the Basford keeper 1-1.

The whistle followed almost immediate and it was straight into the best of five in a penalty shootout. Smith saved one of the Basford shots, but with Mickleover failing in the first three attempts, it was game over for Pablo Mills lads.