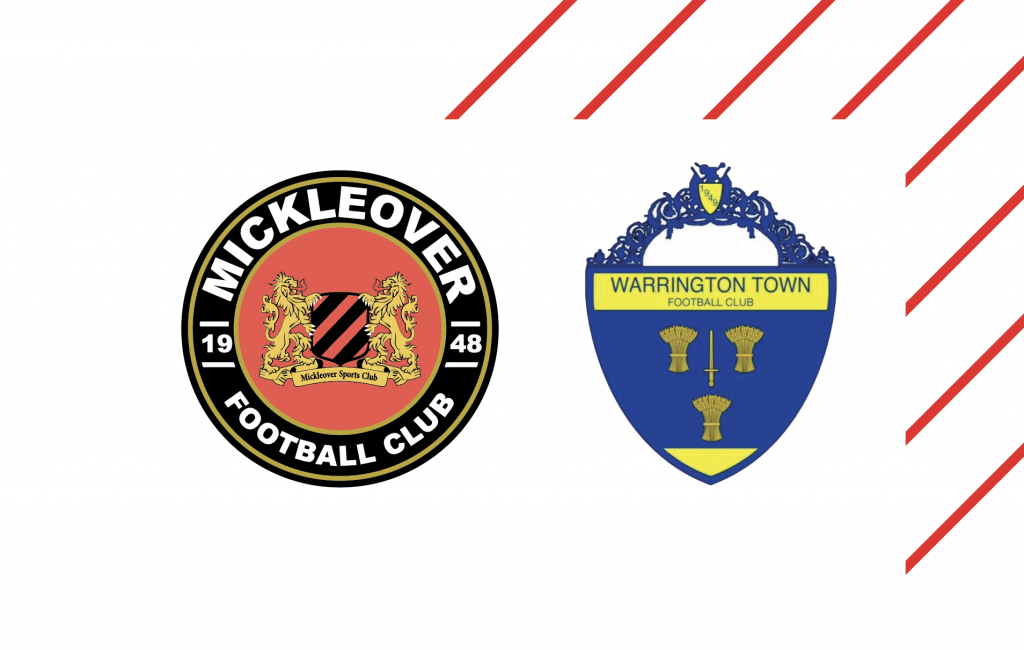 Paul Carden’s team have got off to the best possible start in this year’s Northern Premier League campaign, with four straight wins and not a goal conceded.

They beat Whitby 1-0 at home, before Atherton Collieries went down 2-0 at home too.  It was 3-0 against Gainsborough and 2-0 in last Saturday’s game at Basford. Josh Amis and Bohan Dixon have each scored twice, and both Matt Regan and Jack Dunn have been on the score sheet too, and not surprisingly they are currently top of the league.

They did have one competitive defeat, but only on penalties. Going out of the FA Cup against South Shields after 0-0 draw, they lost 6-5 on penalties.

Goalkeeper Charlie Albinson only joined the club last month. The ex Manchester City and Blackburn Junior had been loaned to Warrington previously. But after his release from Blackburn he spent last season at Southport.

Centre back Matt Regan played his academy football at Liverpool and Nottingham Forest, He then moved on to Tamworth, Hednesford, Worcester, Stalybridge, Northwich and Colwyn Bay.

Not only did James Baillie come through Crewe Alexandra’s youth scheme, he played 18 games for them in league one. The defender has also been at Nantwich and Curzon Ashton following his release.

In Michael Rose they have a very experienced midfielder, with over 680 League appearances and 53 goals under his belt. He’s an England C International and started out at Manchester Utd.

After spells at Chester and Hereford, he was picked up by Yeovil and played in league’s one and two, gaining a league championship medal with the Somerset side. He also played league football for Cheltenham, Southport, Stockport, Norwich, Swindon, Colchester, Rochdale, Morecambe and Macclesfield, winning another league two title at Rochdale.

Centre back Callum Grogan is a recent signing, from Radcliffe. He started out at Shrewsbury Town and played for Skelmersdale before joining Radcliffe.

Captain Mark Roberts is another experienced defender with league two experience. After graduating at Crewe, he made seven first team appearances, plus various loan spells before joining Northwich.

Jack Mackreth came to Warrington in 2018 too. The midfielder or winger started as a Tranmere Junior, but had spells at Hyde, Barrow, Macclesfield, Grimsby, Bury and Wrexham.

Defender Mitch Duggan was at Tranmere too, but unlike Mackreth he made 16 starts in the league before his release in 2018 brought him to Warrington, after a loan at Marine.

Preston North End was the start for striker Josh Amis, he was loaned out to Stockport, before Northwich signed him after an initial loan. He had another spell at Stockport and came to Warrington via Altrincham and Marine.

Winger Jack Dunn came out of the Liverpool Academy. He made his league two debut on loan to Cheltenham and added more experience to his cv at Burton, Morecambe and Tranmere, before joining Warrington in 2018. He was also an England player at under 17, 18 and 19 levels.

Bohan Dixon has had a varied career since starting out at Kingsley Utd. Spells with Welsh Clubs Connah’s Quay and Buckley Town. The midfielder then moved on to Hednesford, Burscough and Accrington, before joining Lincoln City. Further travels have taken him to Northwich, Stockport, Salford City, Stalybridge, Halifax and Ashton, before arriving at Warrington in September 2018.

Midfielder Charlie Munro is a more recent acquisition from Ashton, while youngster Luke Duffy has been brought in from North West Counties side Lower Breck.

Defender’s Joel Amado and Matthew Taylor are also newcomers. Amado was signed from Trafford, having previously played at Irlam and Curzon Ashton, while Taylor was a Wigan and Derby youth player, who has arrived from Harrogate.

Midfielders Craig Carney and Irwyah Gooden are new too. Carney is ex FC Utd, Lancaster, Stockport and Marine, while Gooden has come from Ramsbottom Utd.

Currently on loan from Harrogate is experienced defender Scott Brown. The former Everton youth played for England at under 15, 17, 18 and 19’s and made 63 league appearances for Bristol City.

He joined Harrogate in 2o19, having been at Cheltenham, Port Vale, Morecambe, Fleetwood, York, Macclesfield, Chester, Southport, Grimsby and Accrington.

Among his honours are Youth Cup runner up with Everton, League one runner-up with Bristol City, Conference North Champion with Chester and League two winner with Accrington.

They have six other squad members yet to make the first team this season. Striker Jawad Jebrin is a youth player from their own scheme, experienced striker Jordan Buckley was signed from FC Utd in January, Evan Gumbs came straight from his release as a Tranmere junior this summer, defender Tom Warren is an ex Everton junior who joined from Witton last season, defender Adam Carden came in 2016 and midfielder Lewis Sharp completes the squad.