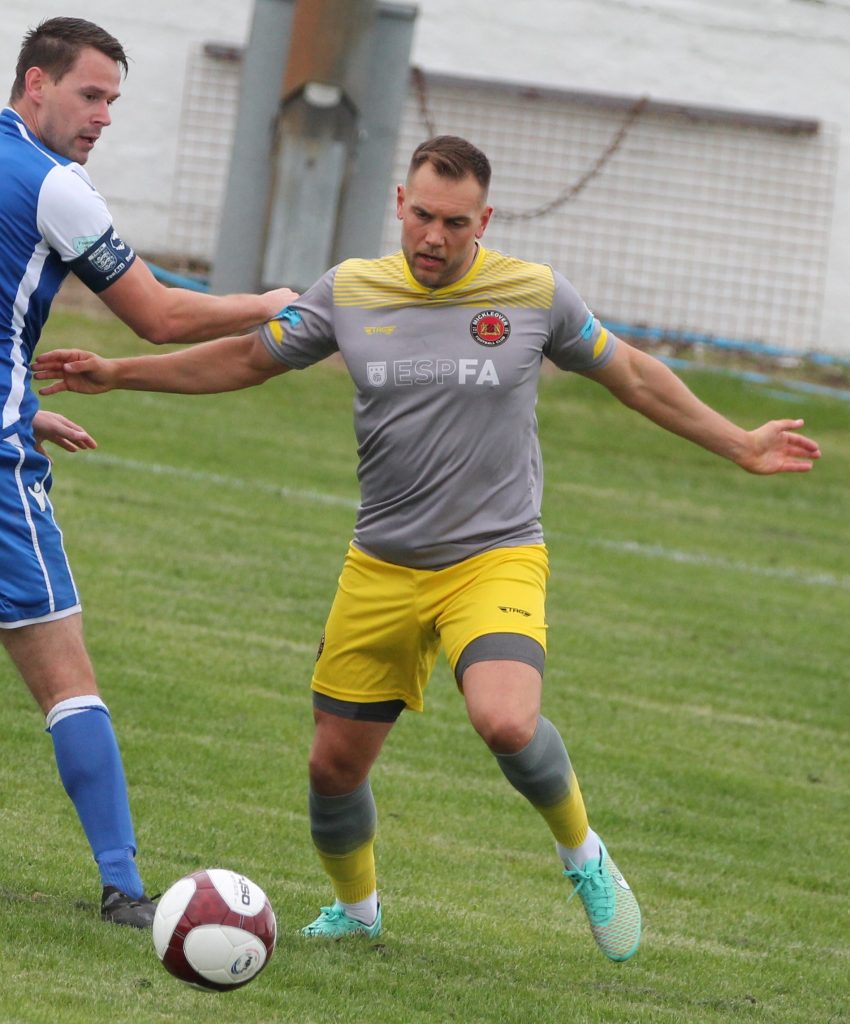 Ben Gowing was another close season signing for Mickleover FC. But the central midfielder had played for Sports Under 19’s before moving on.

To become a footballer was and has always been the dream! Growing up I lived and breathed football and travelled far and wide to try to make it happen. At 28 now I will continue to push to play as high a level as I can!

So apart from playing at Mickleover in the reserves and under 19’s, where else have his footballing travels taken him?

Things started to get serious around 15 or 16 when I began being scouted by pro clubs. I went to Leicester, Derby, Forest and Burton to name a few, but it never worked out.

I signed for Belper Town making my debut in men’s football at 16, which was good experience. Following that I had a trial at Coventry City, where I played for 18 months.”

He has played for Long Eaton, Dunkirk, Belper Utd and Eastwood too.

I started to get serious again a couple of years ago when I decided to focus on getting back up the football pyramid.

I’ve always trusted in my ability, but maybe lost focus or motivation, getting myself fit and shifting 10KG has certainly helped restore that.

You played with Paddy Webb at Eastwood, so did that help having an ex-team mate in the squad when you came to Mickleover?

Me and Paddy were good mates at Eastwood and it was no surprise to anyone when he signed for Mickleover. We continued to speak after he left, so I heard good things before I got a call from the gaffer too.

Paddy, Wrighty and myself trained together throughout pre-season, which helped make it easier coming into the squad. Then the gaffer brought together a class group of lads, so I don’t think anyone with the right attitude would struggle coming into our changing room.

Has he always played in midfield?

I’ve always played centre midfield and but been more attacking. I have had short spells playing on the right side and the left, but I didn’t have any pace for that. They are my best options though. 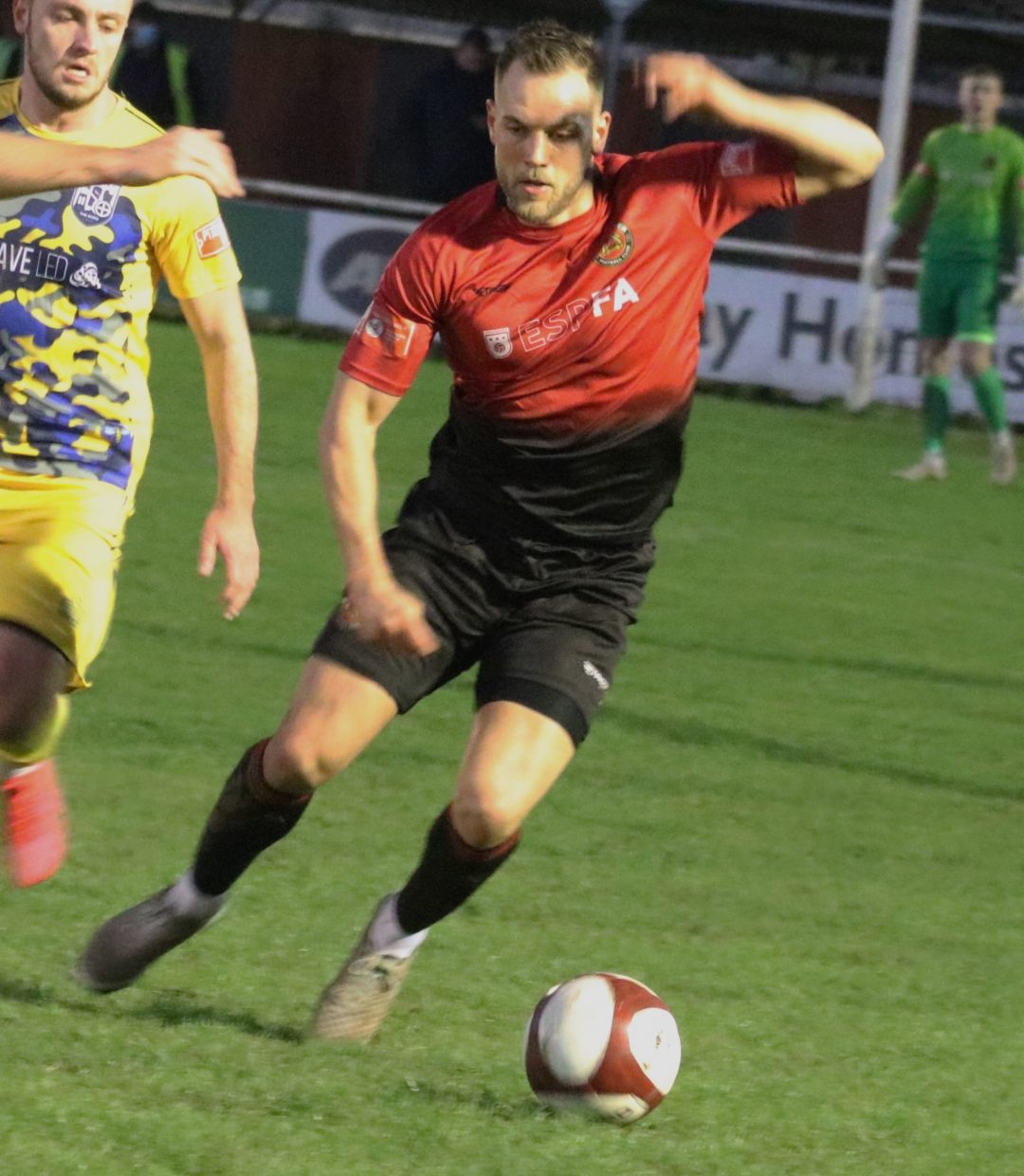 So as a midfielder has he had a role model or someone to emulate?

Growing up I always idolised Paul Scholes, but I was mad for the likes of Zidane, Iniesta and Pirlo. I’ll watch any football and find myself studying players and games. I didn’t think I consciously tried to emulate anyone though.

You have been doing zoom training sessions with the rest of the players during Lockdown, how’s that been?

Definitely Phil Sq-Watt has been killing us with his sessions. He is stuck on page one of the PT manual however and dread to think how many squats, lunges and burpees we’ve done! But the session keeps the banter flying, keeps morale high and the togetherness, but turn the page Sq-Watty.

I’m massively into my fitness, so I would usually find myself in the gym for a fair bit. But with Lockdown’s I’ve really got into running, cycling and hiking. I’m thinking of doing a marathon in the near future.

Away from that the girlfriend and I recently got a puppy, so he is keeping us busy!

I’ve also found myself really into reading and cooking, I would never have imagined that a year ago. We would normally be planning our next city break or holiday, getting out for plenty of food, watching any live sport and spending time with friends and family.

How does he prepare on the eve of a match?

I try to be as professional as I can in my preparation. I will go to the gym for a light session, a swim and stretch the day before. Then on the morning of a match I will go for a short walk and a light stretch, before chilling out and relaxing as much as I can.

I always focus on eating well, even more so the day before and on the day of a game. A pre-match Jam Bagel has become a strange superstition.

Stepping up to this level I personally didn’t know what to expect, but there was a real buzz around the squad from day one of pre-season. When you look at the players we have in our side it’s full of quality! But losing our first two games could have crushed any optimism or confidence, but it showed our character that we got stronger with every game from thereon.

Inside the changing room we always knew what we had and I don’t think it’s a surprise to anyone at the club that season ended with us top of the league.

When you heard the season was null and void again, what was your first reaction?

Obviously gutted, but knowing how the previous season had ended, I think there was a realistic expectation that it would happen the same way.

We stayed optimistic that we would be able to finish what we’d started and achieve our goal of getting promotion.

As a squad I think the decision has left us hungry to come back stronger next season and get the train back in motion.

What have been your fondest footballing memories so far?

At any level of sport there’s no greater feeling than winning. When I played for Dunkirk I won the League and League Cup and then the League Cup at Long Eaton, so they’re great memories.

I played away at Hereford in their first season after reforming at lower levels of the football pyramid. Playing there in front of 3500 home fans and getting clapped off the pitch despite losing 1-0 was something I’ll always remember.

But signing for Mickleover has to be up there too. I’m a local lad and followed the team since playing in the under 19’w and reserves. Returning now for unfinished business so it’s good to be back!