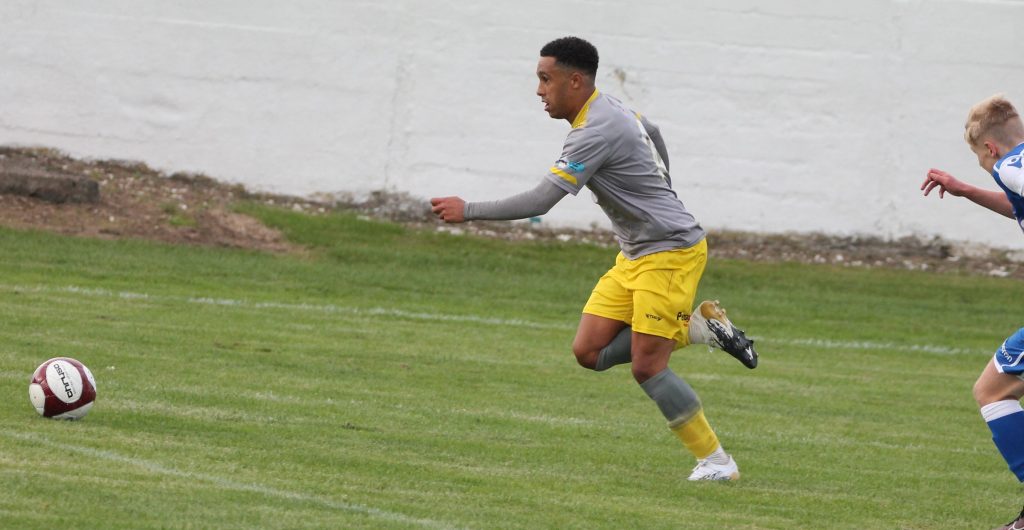 Having started his footballing story in his native Shropshire, Jake initially became a Mickleover FC player having been spotted playing for Market Drayton against Mickleover.

I always loved football since I was a kid, playing and watching it with my Dad, so it’s just become normal life to me. There’s never been anything else I’ve wanted to do more than be a footballer, so I’ll never give up on my dream.

After playing for Sheffield United, Jake came back to Mickleover for a second spell last summer.

It’s not changed much since I left in 2016, but the team bond is a lot stronger. That’s improved performance on the pitch, which is why we were top of the table.

He made his first team debut at Sheffield Utd in the EFL Cup, but was due to go on loan to Chesterfield when he picked up a devastating cruciate ligament injury.

I was gutted when I got my injury, because of how well things were going. But I knew if I ever wanted to make it in football this would be a big learning curve to get through. It wasn’t hard to find motivation because I knew I wanted to get back to playing as soon as possible. It was hard mentally though to deal with as I was out for so long (10 months).

We know him as a wing back, but has he always played there?

As a kid I played right midfield, but I always enjoyed defending. The when I played for Market Drayton they played me at wing back, which suited me perfectly,  because it meant I could get forward when I wanted, but also knew my job was to defend.

So the overlapping runs into attack are a favourite part of his game?

Yes it’s a massive part of my game. I can show what I can do and help the team score goals, so I do it as much as I can. Some players might say I do it too much, but that’s what I love to do. 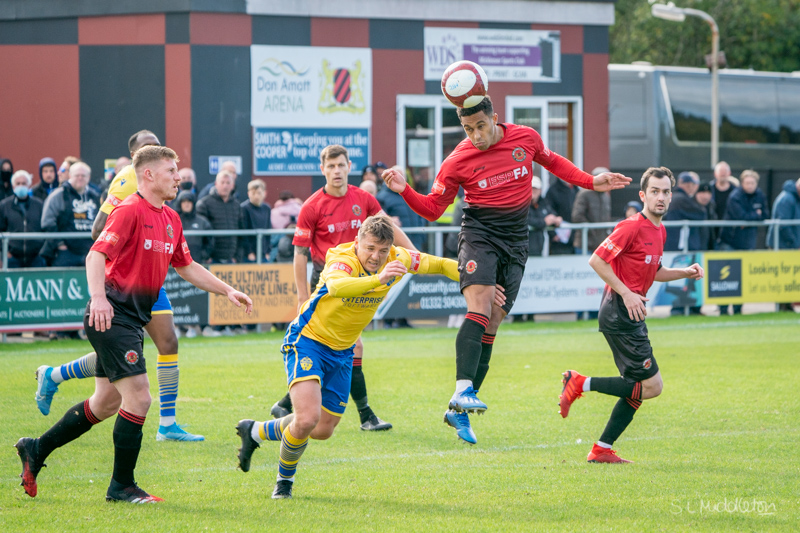 He just loves the game and wants to continue playing as long as he can.

My aim in football is to always play at the highest level I can and I’ll never give up on that. I trust in my ability and I know if it wasn’t for my injury, I could be playing league football now. But everything happens for a reason.

It’s great that the gaffer wants us to continue to train on zoom and keep everybody fit, so we’re in the best possible shape for next season. It also continues to allow the team bonding while not being able to train together in person.

Away from his football what does he like doing?

I’ve recently enjoyed riding my bike throughout the Lockdown. I’m looking forward to life going back to normal though, so I can travel more and enjoy time with my family and friends.

So how does he prepare for a match?

The day before I would work in the day then probably chill for a few hours in front of the TV, just relaxing. I always try and make sure I’ve got everything ready for match day, but I normally forget something anyway.

After two defeats at the start of the season I wasn’t sure how it was going to go. But after our winning run and managing to get to the top of the table, I don’t think anyone could beat us. That’s the confidence we need to continue to be successful.

I did assume it would be, especially after last season ending the same way. Once it was official I was gutted though, because of how well it was going. But we have to come back even stronger next season and keep proving everyone wrong.

It was making my professional debut for Sheffield Utd against Walsall. It was always my dream to play at that level and it made it a reality. I plan on getting back to that level one day and will keep working as hard as I can to get there.