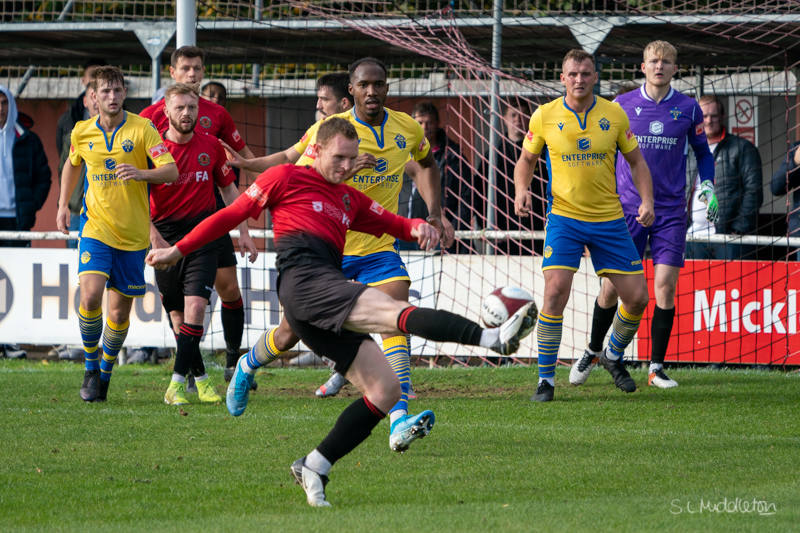 Stuart Beavon’s Mickleover FC career started in late 2019, when his experience soon played a major part in the team’s progress.

With Grandad Cyril a professional in the Ron Atkinson days at Oxford United and Father Stuart a midfielder at Tottenham and Reading, football has always played a major part in his life.

I always had a ball at my feet as soon as I could walk, so I think it was obvious I would follow them.

Has he always been a striker with an eye for goal?

No I actually started out as an attacking centre midfielder. Then I started playing up front by chance and didn’t stop scoring, so stayed there.

Having started in local non-league, he moved on via the Conference to play for Wycombe Wanders, Preston North End, Burton Albion and Coventry City. But does he still follow any of his former teams?

I would say Burton as I still live in the area and always look out for their results and watch them on TV. It was probably the most the most enjoyable club I’ve played for and I definitely need to get back there to watch a few games.

In his latter days at Coventry he had been on loan at Wrexham, but left the Sky Blues in May 2019. But how did he get to Mickleover?

I had a call from Mickleover coach Steve Taylor when I left Coventry and ended up going to Nuneaton. It didn’t work out there so I rang Steve back and asked the question and probably regret not signing straight away to be honest. It’s been a long time since I enjoyed my football as much as I do now 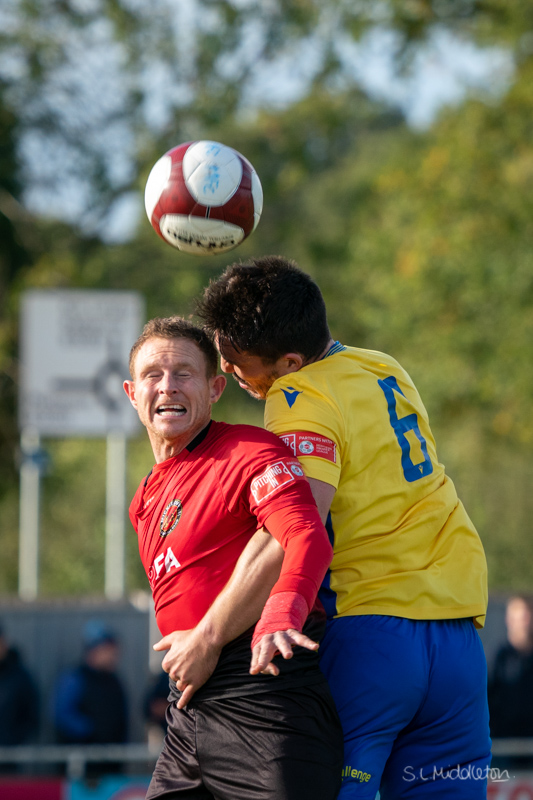 In previous conversations he has discussed the pride of being the third generation of his family to win a medal in his career, especially seeing all three medals together.

Yes I have my Dad and Grandads league winner’s medals to go with the one I won at Burton. Something I can pass on to my son and make it even more special.

Over his career he has faced some of the games toughest defenders. But who would he rate the toughest of all and why?

I would have to say Danny Batth. Wolves defender he was on loan at Sheffield Wednesday when I faced him. I literally never got a kick of the ball and he was so good at getting his team going, he didn’t stop all game.

You have being zoom sessions with the rest of the team during Lockdown, does it help with team spirit?

Yes they’re brilliant. Good for a laugh and it keeps all the boys in contact. Everyone puts in the hard work which is good, I think the only one that struggles is poor Wrighty.

But what does he like doing away from football?

I have three kids so try and do as much as possible with them, even though it’s been hard through Lockdown. Also not that I have done it for years, but I do like a bit of fishing.

How does he normally prepare before a match?

I work until about 4pm the day before and get back to see the kids. Once they’re in bed I put my feet up and probably stick Eastenders on and maybe watch a series of some sort with my wife.

We know it’ been a short season again, but were you surprised how well it went?

No I wasn’t really as you could see the team spirit we have and everyone works hard for each other. We have players that can win games out of nothing and I was probably more surprised that we lost some of the games we did.

Gutted really, I thought we could have gone on to potentially win the league, as I think as a team we were getting better and better. It will make us more determined to start well next season.

There have been many high points in his career, but which one does he rate as the most memorable?

Winning the FA Vase with Didcot Town at White Hart Lane. I scored two goals and it was where my Dad had started his football career, which made it more special.