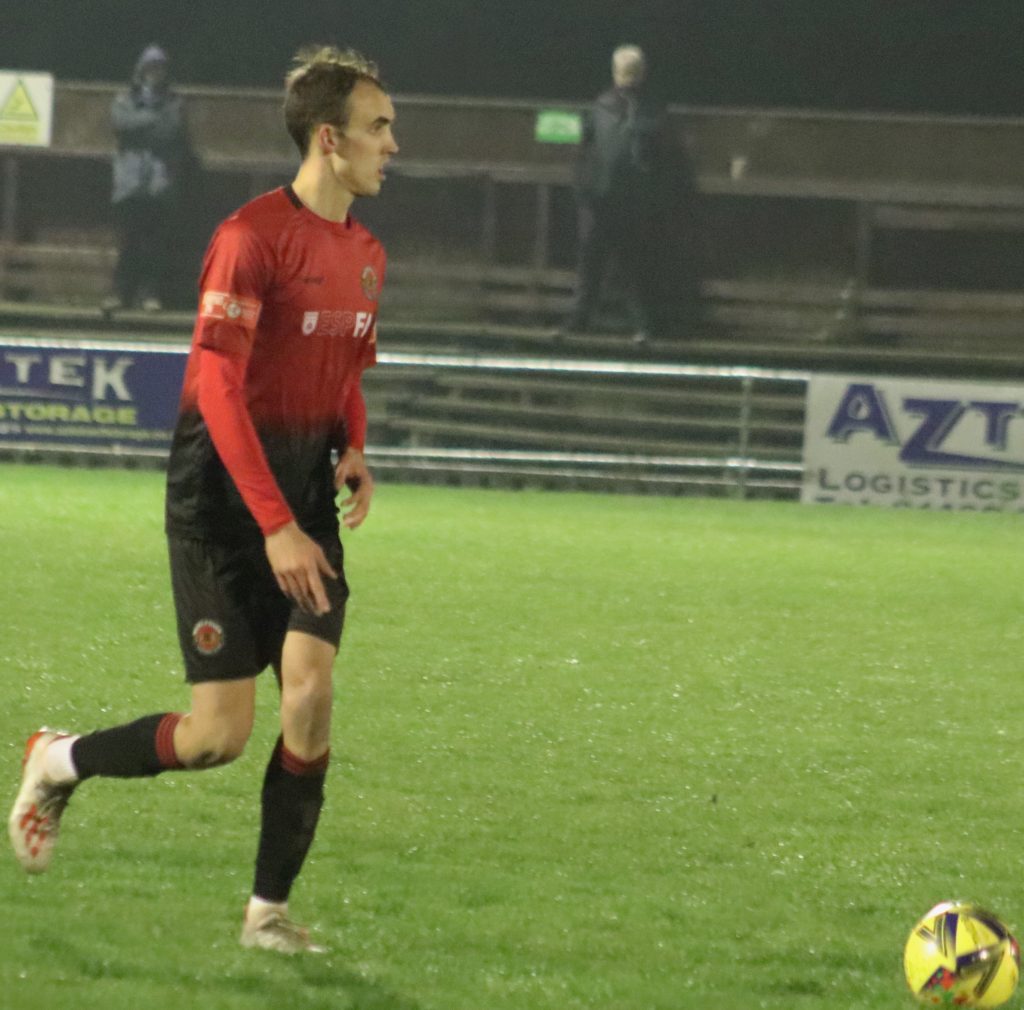 James Butler was one of the new pre-season signings for Mickleover FC, a reliable and hardworking central defender, with a good pedigree.

James’ father Tony  was also a defender, with over 500 senior games under his belt in a 15 year career, spanning Gillingham, Blackpool, Port Vale, West Bromwich Albion and Bristol City.

I have always wanted to be a pro-footballer, and with my Dad having played, I grew up around it and wanted to follow in his footsteps in making a pro career.

I want to get back into the full time game one day, but at the moment I am very happy at Mickleover and excited to see what we can do next season.

Cheshire born he started out at Nantwich Town.

I joined Stoke City when I was 10 years old, after being scouted at Nantwich, they asked me to go for a trial.

After about six weeks they told me that they wanted me to sign and from then on I just worked my way through the age groups.

I left Stoke when I was 19, so I had been there almost 10 years, so it was hard because that’s all I had ever known. Training over there four to five times aweek as a schoolboy after school, and then being there on a daily basis once I went full time.

So yeah, leaving a club I spent so much of my life at, but I am glad things turned out the way they did, because I wouldn’t be where I am today otherwise.

He hasn’t always been a defender though.

When I was about six or seven I was a right winger and I wasn’t bad there, as ultimately no six year old wants to be a centre half.

It didn’t take long for me to move to centre back though, so I can’t have been as good a winger as I thought.

My Dad would always tell me that I was going to end up there, as he was a centre half and I’m glad I listened to him now, as I am not really built to be a winger and lack a bit of pace to be out there too.

You seem to quite critical of your own performances on occasions, is that part of your game?

I’ve always been quite critical of myself and my performances, because there are very few games where you can come off afterwards and think, I couldn’t have done any better today.

I always try to watch games back to see where I could do better, if it’s the smallest thing I try and take that thought into the next game, so that I am constantly improving and progressing.

The gaffer is a great help as well, he’ll send me clips from the game to show me things I’ve done well and things I could have done better, so that’s a massive help for me. 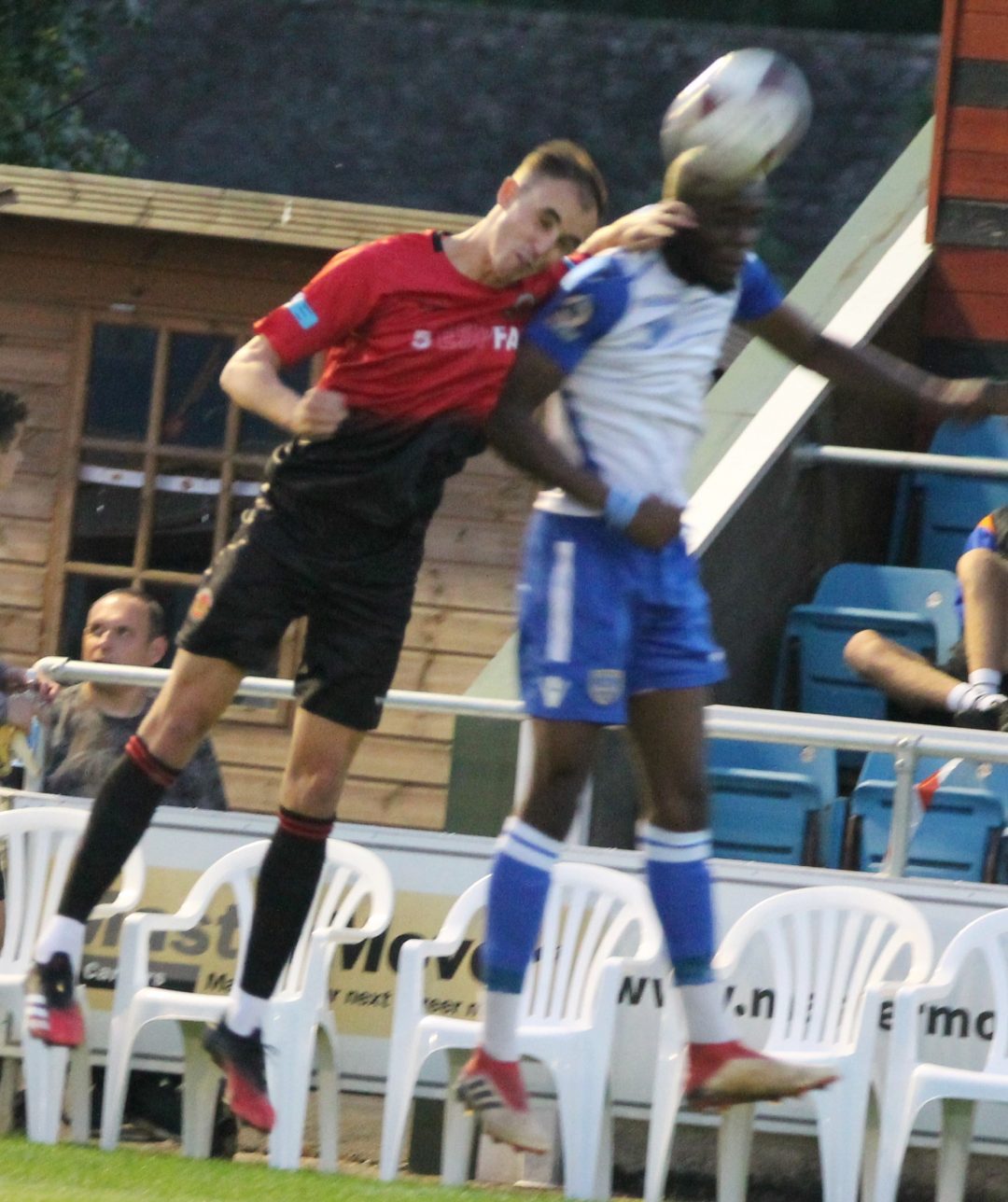 I am working Monday to Friday, but in my spare time I like going out with friends, whether that’s for food or a drink. I also enjoy going to the gym whenever I can, so being closed at the moment is annoying.

Yes the zooms have been really good. Full credit to Watty as he’s there every session and puts a great workout on. I think they help massively with keeping us close as a team too, but I think we are as close as any team anyway. I have never played in a team that is as close as we are and that’s obviously shown on the pitch this season.

As I am working the day before a game, I usually go to the gym after work and do a light session, then I tend to chill out at home so I am ready for the game.

Before the season started I would never have guessed we’d be top of the league at this stage, because being a new signing I obviously hadn’t seen any of the other lads play before. But once we got started training and playing together and I saw what good players we have here and you could tell we were going to be right up there.

Hopefully next season we can build on what we’ve started this year and do what we’re on course for this season, getting promoted.

The best is when I was on loan at Kidsgrove and we got to the last qualifying round of the FA Cup, playing Hartlepool away.

We lost 1-0 but we got clapped off the pitch by their fans. That led to another memory, because after that game I got a loan move to Hartlepool which was good experience for me.