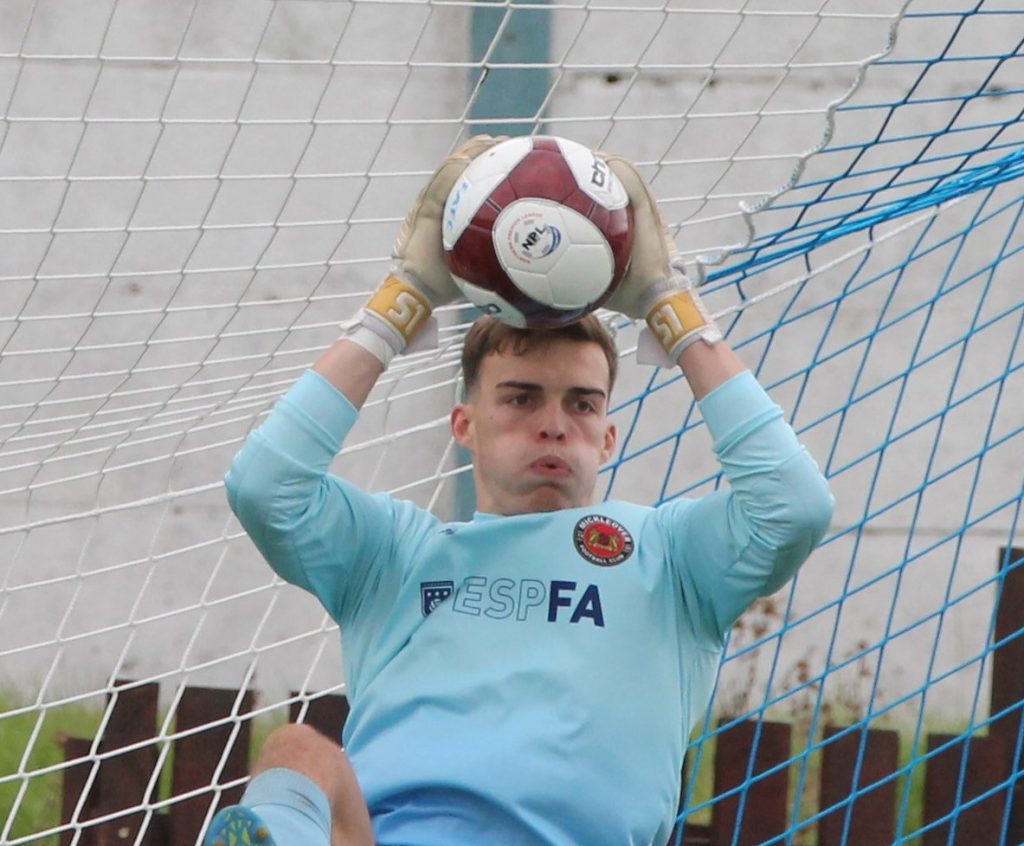 Joe Slinn was another pre-season signing for Mickleover FC, an experienced goalkeeper whose career is still on the up.

Joe was keen to be a footballer from the word go and always happy to be on the pitch, no matter what level.

I think it’ probably the same with most people, I grew up enjoying kicking ball around and watching football as a kid. So I think from that moment I always wanted to play football when I got the chance. I am the same now, I look forward to playing five a side or for Mickleover.

Potteries born and bred he was soon picked up by Stoke City.

I went to Stoke when I was eight, then no sooner had I left there about four years later, I was asked to go for a trial at Port Vale and signed for them a couple of weeks later.

Despite being the goalkeeper, he was entrusted with the captaincy of the Port Vale Youth team.

It’s easier being captain in goal if anything, because you can see the full pitch as a keeper, whereas when you are playing outfield you don’t quite see the full picture.

Has he always been a goalkeeper though?

No I started off as a midfielder playing for a local side, but I was put in goal one week when the usual keeper wasn’t available, because of my height. Then I stayed playing keeper after that.

After Callum Hawkins had made a double penalty save in a match, Joe soon did the same, but was that a big ego boost?

No not really, at the end of the day it’s your job as a keeper, keeping the ball out of the net. It is a bit more enjoyable though from the penalty spot though, as the striker is expected to score every time.

I don’t really have much free time at the moment, as I’m still at Uni, so that fills my time during the day, and in the evenings I’m either training at home or with Mickleover, or coaching Port Vale Under 10’s.

Then at weekends we normally have a match on Saturday, and the team I coach play on Sunday’s. When I do get some free time though I am quite big into my Darts. So I’ll either play with some of my mates, or watch it if there’s a tournament on TV. 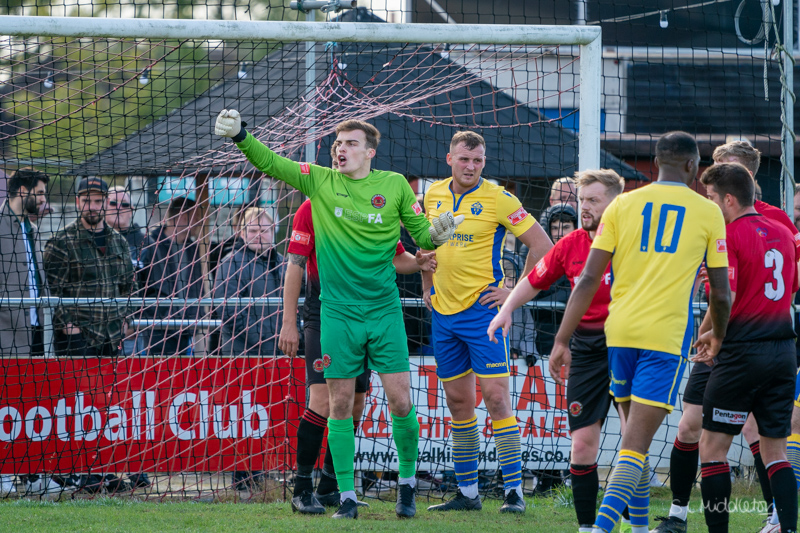 Yes it does, the sessions are quite tough though, but really good too and touching base with the lads and keeping the fitness levels ticking over, while we can’t actually play any football

I’m still Uni the day before, then pop home for tea, before heading out to coaching. Then once I have finished I would probably watch some football if there’s a decent game on, or catch up on some TV if not,

Not really, as I think we all knew we had a decent squad and a real chance. If anything the thing that’s been most surprising is how quickly we bonded as a squad, which made it a lot easier to play together out on the pitch.

Sometimes it can take a bit of time when you have as many new faces in the squad as we did at the start of the season.

So with the two Lockdown periods, what has he missed the most?

The chance to be able to catch up with my mates, whether that was going out for a meal and some drinks, or just having a kick about.

One thing I’ve definitely not missed is Moz’s driving. I think James Butler will vouch for me, that the combination of his recklessness and his choice of music is something that makes you appreciate being stuck on Lockdown.

So what are his fondest memories from his career so far?

Probably winning the Walsall Cup when I was at Rushall Olympic. The best part about football is winning trophies, so I would have to say that. But winning it in a penalty shootout made it even better.