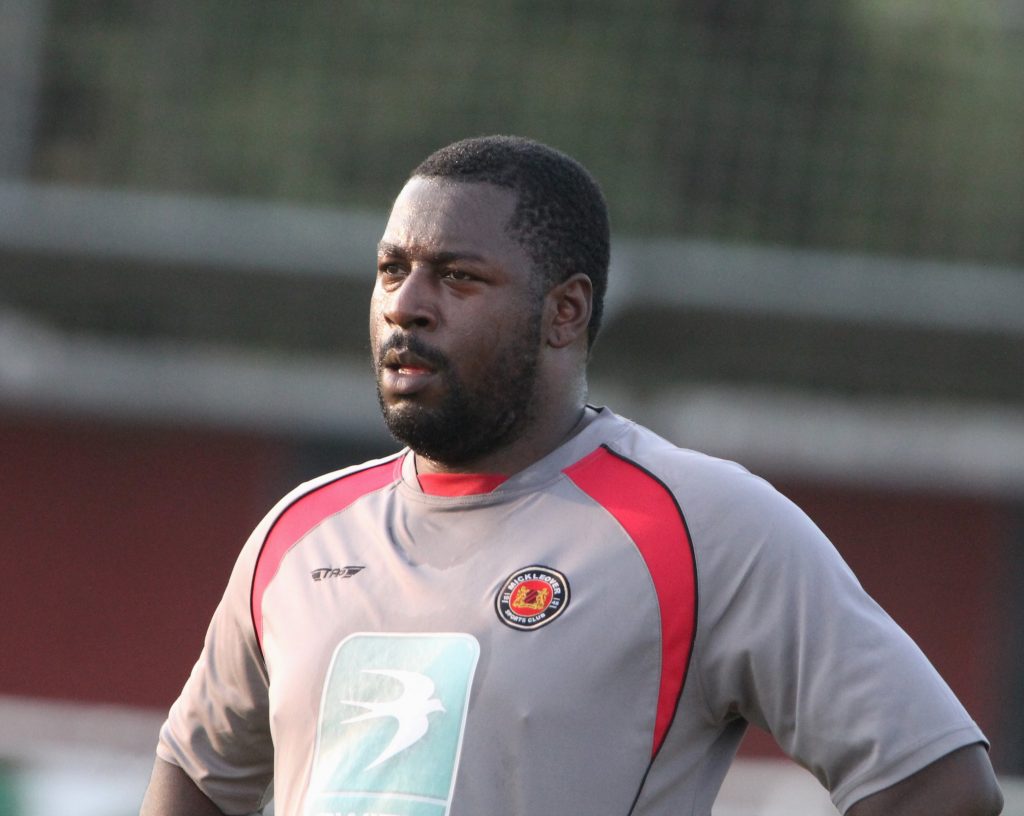 The vastly experienced Pablo Mills is Mickleover FC’s longest serving player, now into his fifth year at the club.

He became a footballer almost by accident, as in his teens it wasn’t his preferred sport.

It was never my first choice sport when I was young, it was always Basketball for me. However thanks to my older brother, he got me playing and watching football and from that moment really, I wanted nothing else.

Although he’s from Birmingham, he came to Derby County as a 14 year old.

I was playing for my Sunday team in Birmingham called Romulus, where some of the players had already been picked up by professional clubs. I had trials at Aston Villa, West Brom and Kidderminster Harriers, but I guess they didn’t see the potential at that point.

I didn’t give up then one day a man named Les Dolphin, who was a scout for Derby, tapped me on the shoulder after a game and said he would like to take me to Derby County for a trial. One of the happiest days of my life.

He’s played in quite a few a few positions in his career, but is best known as a defender.

My main position is a central defender. I love the art of defending and it really gave me a good challenge mentally. It isn’t for everyone and we all know that scoring goals is what most want to do, but trying to stop someone for 90 minutes is also satisfying. It’s being comfortable on the ball that brought a different dimension to my play.

Which managers of players have influenced his career the most?

I’ve played under a few great managers, but I would say John Gregory and Steve Evans were probably the best influences. JG gave me my first team debut, believed in me and my talents, even though I was very young at the time. With Steve we accomplished many great things together. He brought the winner out of me, but I owe a lot those two.

A special shout out for Macca as well. Although young as a manager, I’ve learned a lot from him too in terms of coaching.

In players then it’s Ian Taylor, Michael Johnson, Marvin Robinson and Ian Evatt, all played their part and had great influence on me. 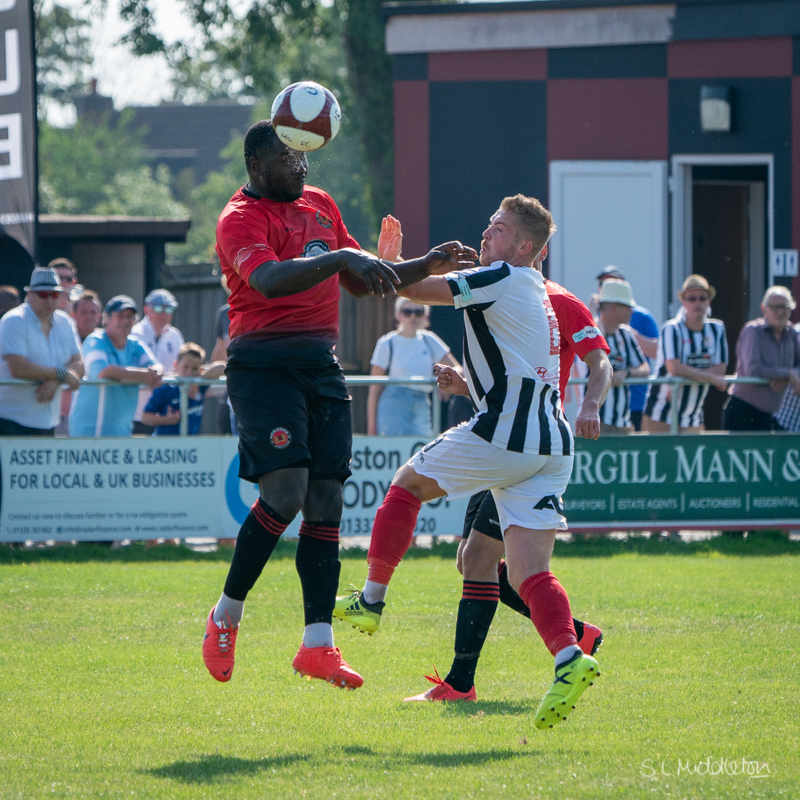 After his years in top flight football, what motivates him to continue playing for Mickleover?

It’s just still having that competitive edge in football and it’s been my life and there’s nothing better than training, then having the reward of going into battle with your team mates on a Saturday.

Plus I’m a serial winner, I like to win even though I know it’s not possible every week. The feeling you get after a hard earned win just cannot be replaced.

As coach to Mickleover Academy, does he get the same satisfaction from success in coaching as he does in playing?

I do now, but at first it was difficult as you want to just go and play or help the lads. So you’re on the sidelines with your feet twitching, but it’s great and there’s nothing more satisfying than knowing you have worked a specific plan or pattern of play and then watched it come to fruition.

Team morale is a big part in football, the whole team this year has been fantastic, with it mostly new lads, we have all gelled very quickly, and it’s shown with results this season.

Also constantly being in contact via zoom just keeps everybody together socially, so there’s still that sense of togetherness. It’s probably one of the best changing rooms I’ve seen since I have been at Mickleover for sure.

That’s rare as it takes up a lot of my time and thoughts. But I like listening to music and play Call of Duty.

So what does he normally do before a match?

That day is crucial in my preparation. I’m pretty much a perfectionist when it comes to getting my stuff ready, so I tend to keep everything pretty much the same every week.

I have the same meals, I organise my kit in the same way, lay it out exactly the same and make sure my socks are matching with no holes in them. Boots have got to be clean and then after all of that’s out of the way I just like to go for a quick stroll 20-30 minutes. Then it’s relax and picture what I’m going to do in the game,

I wasn’t really surprised because I knew the type of character and players we had recruited. Like I said the team having gelled so quickly, it all helped on the pitch because everyone was fighting for the same cause. I was proud of the lads and their work.

Disappointed, as momentum was on our side and we  were having a really great run of results. I thought something special would have happened this year, but I guess we couldn’t control the outcome. This will give us more fire though when we play again.

Making my first team debut for Derby County and winning the Young Player of the Year award the same season. Being selected to represent England and play against loads of team from around the world.

Achieving three promotion medals, winning the Man of the Match award against the team I support, Manchester Utd at Old Trafford, in front of 75,000 fans.

I’ve got a lot of great memories, probably too many to mention, but they all meat the same to me in some capacity.