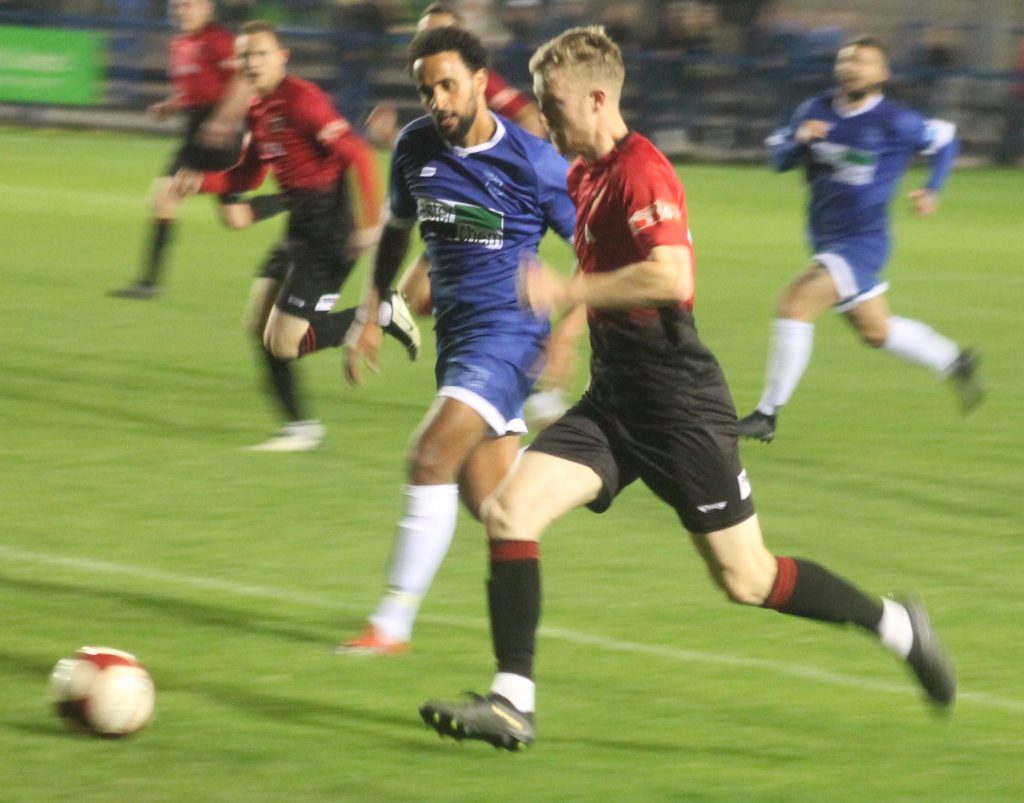 Paddy Webb came to Mickleover FC in late 2019, a well proven goalscorer in lower leagues, making the step up to NPL action.

I had always hoped to be a footballer as it’s always been and always will be a huge part of my life. I like to think realistically and knew it isn’t as easy as people sometimes make out. If I was to make a full-time career out of it, then brilliant. If not then I will always enjoy whatever level I play at.

Although he is from Nottingham he joined Derby County.

I joined Derby when I was 13 and had two seasons there, some highs and some lows. It was an easy decision for me though, as I had been messed around a few times by Forest Academy both before and after my Derby days.

Is he still a Forest fan though?

Yes Forest ‘til I die, but no love lost for their Academy,

He then went to Mansfield Town for a while, before dropping into the lower leagues where his prolific goalscoring feats were noticed by Mickleover.

I hit the ground running at Mickleover last season. I found the step difficult as an all-round player, but knew if I got the opportunities I would do what I was brought in to do.

Unfortunately both season have been cut short, when I was getting into goals coring form.

He is seen mainly as a target striker down the middle, but favours running on to the long ball.

Being left footed I was always utilised on the left wing by most of my managers. But a few years ago I told my manager I wanted to play down the middle.

I would never regard myself as an amazing all-round player, however I do think my style of play has added a different dimension to the team and a few more goals.

So being the runner down the middle is his position of choice?

Definitely happier there yes. I love the ball in behind where I can stretch the defence. It opens the game up and utilises my strengths, freeing up the pitch for the ball players.

We’ve got lots of talent in the team on the ball too, which I believe always needs someone who’s going to make the runs to allow them to play. 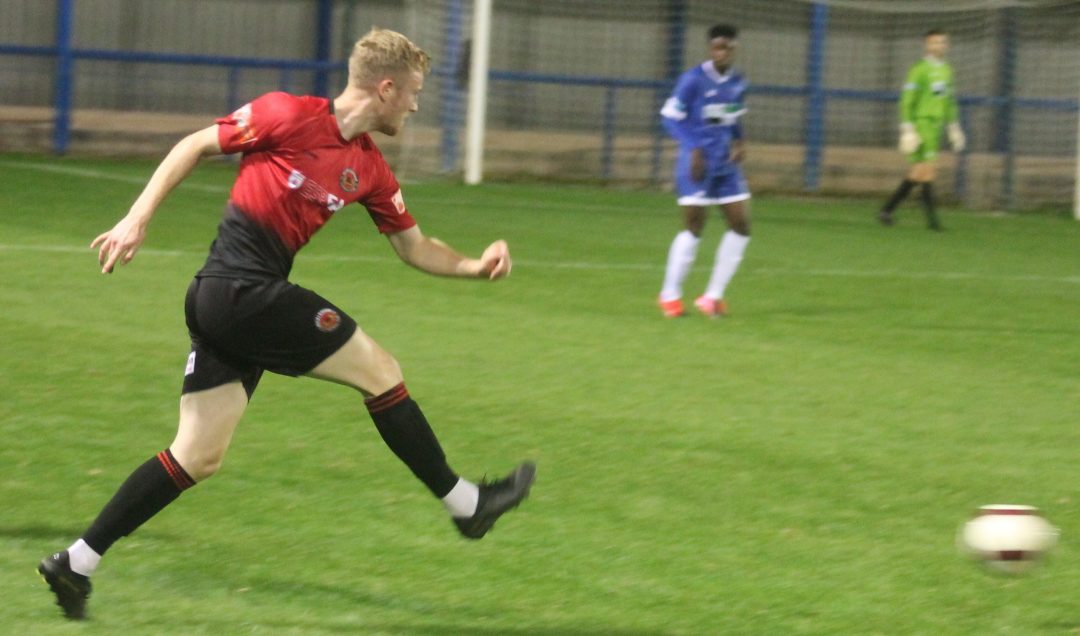 What does he feel is the strongest part of his own game?

Although I hit a rough patch at the start of this season, I still consider my best attribute to be my finishing. With a full season and the backing of the manager, I believe I could score 20 plus.

I work in construction management, which accommodates a part time degree. With my football it’s a very busy life. Ultimately though it’s a life I enjoy and is fairly rewarding.

If my footballing career never went any higher than this, I would still love to play at this level alongside my day job.

When I am not playing, I’m watching it, which drives my girlfriend mad. I love getting out at the weekend, taking the dog out, which can be rare as it’s normally football on a Saturday. In some ways it’s been nice to have a break, as it’s not something we would normally do in the winter.

The sessions are great but I don’t think the team spirit would die even without them. This is the best dressing room I’ve been involved in, as there are no big egos, just a group of players who play for each other and the manager. It makes winning games all the better.

I try and relax, eat right and prepare myself mentally. I’m not ashamed to say I get nervous before every game, a fear of underperforming and letting the team down is only natural for me. I suppose it’s a good thing as I always want to do the best for them and myself.

After the first few games I was being honest. However once we got that first win and I saw what we could do, our work rate was far too good for most teams we played. It’s amazing how simple and effective a bit of hard work can be. Moments of quality from everyone then shine through and produce results.

Everything. I need a holiday, a pint, a meal out, a football match, you name it. The sooner we are back to normal the better.

New Years Day against Stafford Rangers away. Being my first game for Mickleover I was bricking it. Coming away with a 1-0 win and the goal, was what I was dreaming of the night before. I don’t think I’ve ever had a greater relief than hearing that final whistle.