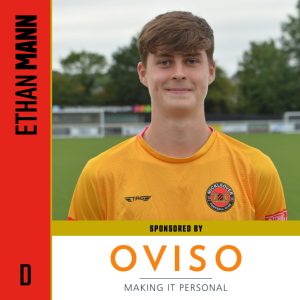 Ethan joined the Derby County Academy at the age of seven and continued to play for the Rams up to the under 14’s.

Having started out as a striker, he gradually moved back to midfield and now centre back having joined the Mickleover Under 14’s, following in his Father’s footsteps.

He gradually progressed through the age ranks into the Academy League last year and became part of the first team squad at the beginning of last season.

He had his first league start towards the end of last season after being a regular on the subs bench, as well as playing a leading part in the reserves side.

During pre-season he has started at centre wing back and had looked equally at home in both positions.

He sets high standards for himself both on and off the field and is keen to achieve his goal.