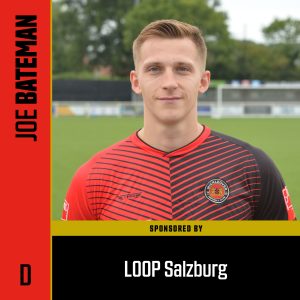 A new signing at the start of last season, Joe impressed in a couple of pre-season friendlies in his familiar roles of centre back.

A former Derby County player, he has come through the under 18 and under 23 ranks before being released at the end of last season.

He made one start for the Rams first team in the FA Cup tie at Chorley last season.

A strong dependable player, he can also play defensive midfield and became a key part of the team from the start of last season, before injuries restricted his participation towards the end of the campaign.

Now fully fit again he could well be a kingpin of the side this season.