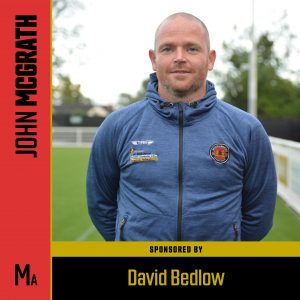 After six years at Burton he had a short loan spell at York City and then joined Alfreton Town for 2013/14.  He had one season there before joining Mickleover as a player initially, taking over the reins a year later to remain as player/manager. This is his sixth season in charge at the Don Amott Arena.