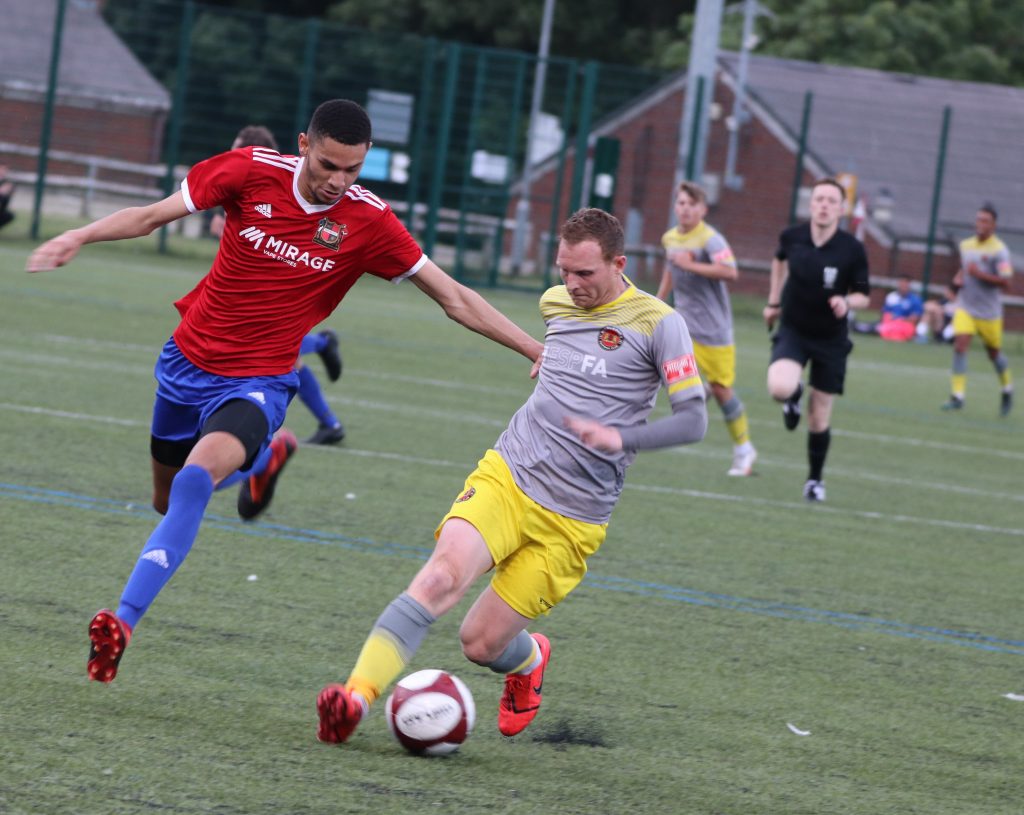 Most of the Mickleover first team squad were in action at Sheffield & Hallam University last night, when they faced NPL Division One East side Sheffield FC.

It was a lively start from Sheffield, who had a shot on target in the opening minute, before the play began to even out.

Mickleover had a strong attack in the 13th minute when Bennett attacked down the right, with Bacon just failing to connect before it was out for a corner, from where Beavon’s header was collected by the Sheffield keeper.

Both sides had their share of positive attacks, but 19 minutes in a Sheffield break forced Bowen to come charging off his line to clear the danger.

The clearance soon became an attack with another strong run from midfield ending when Dales was tackled and then cleared by the Sheffield defence.

It was only a minute later that the solid looking Sheffield defence were split. The ball was loose in space and as the keeper charged out, Beavon picked up the ball and lofted it over the keeper into the empty net 1-0.

With Butler and Curtis looking solid at the back for Mickleover, Bennett and Satchwell were both able to revel in the overlaps, fed by Warren, Agustien and Gowing. 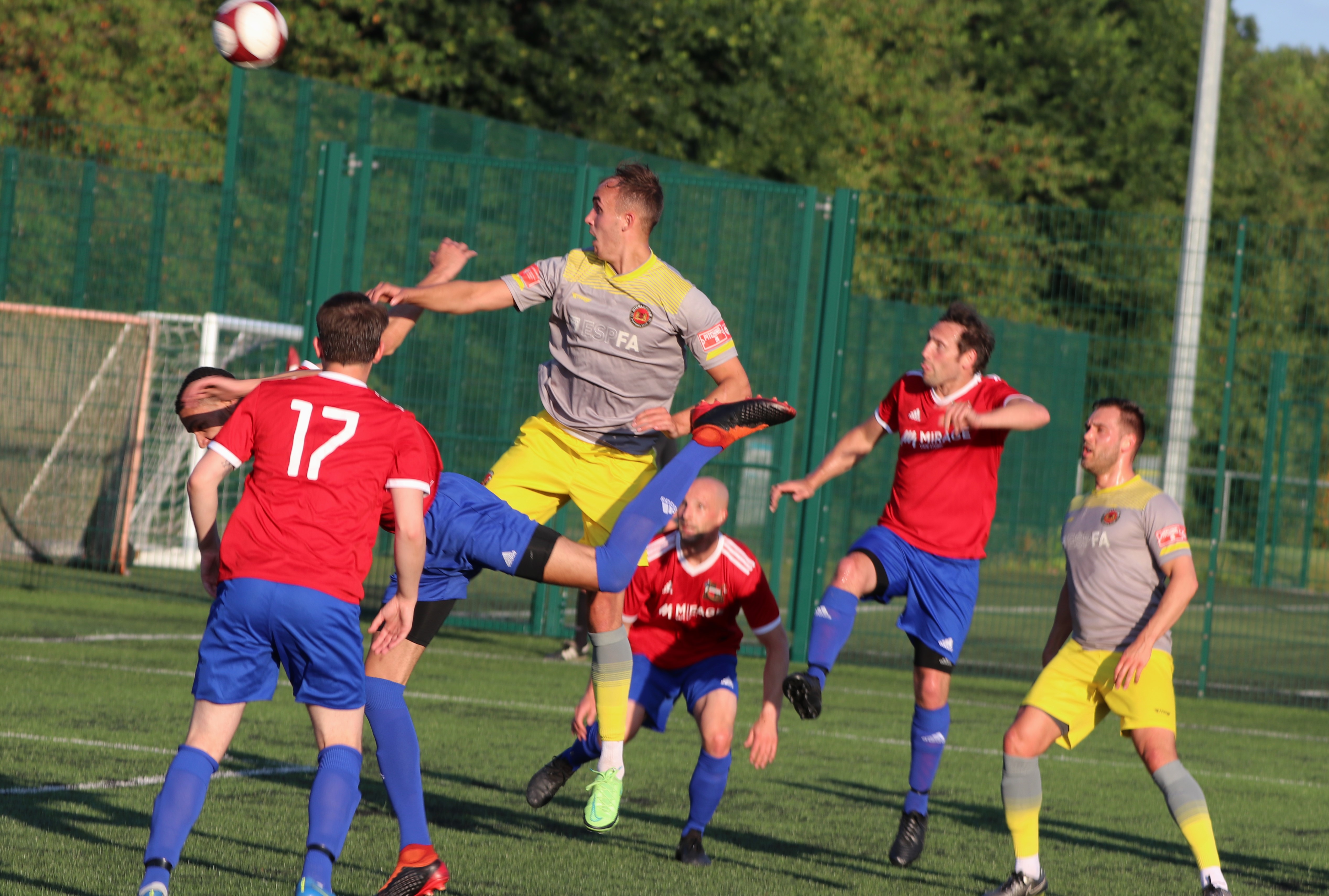 After 22 mins Dales had another telling run to earn a corner, before Butler snuffed out a threatening Sheffield attack with relative ease.

Bacon was then fouled on the edge of the Sheffield box, but Warren’s free kick was dealt with.

Mickleover went close again however after 28 mins. Another Bennett overlap and cross, with Bacon almost on the end of it, before Satchwell’s final shot was saved.

There was another chance for Sheffield when a handball just outside the box earned them a free kick. The initial shot rebounded off the wall, before the follow up disappeared into the surrounding woodlands.

Warren was almost on the end of a weak back pass too, but the Sheffield keeper came to his defences rescue, before the play switched ends again when a Sheffield striker had space on the left, but fired his shot straight at Bowen.

It continued end to end for the rest of the half, 36 mins and a cross/shot from Gowing on the right, forced the keeper to tip it over, but four minutes later it was level.

Zach Walker picked up the ball in a charge forward, came in close and fired his shot low to Bowen’s right  1-1.

Beavon had a shot wide after some positive work from Bacon and Dales, before Bowen had to make a point blank save right on half time.

The first of the substitutions were made as the second half was ready to kick off, with Atwal and Milner on for Gowing and Agustien. 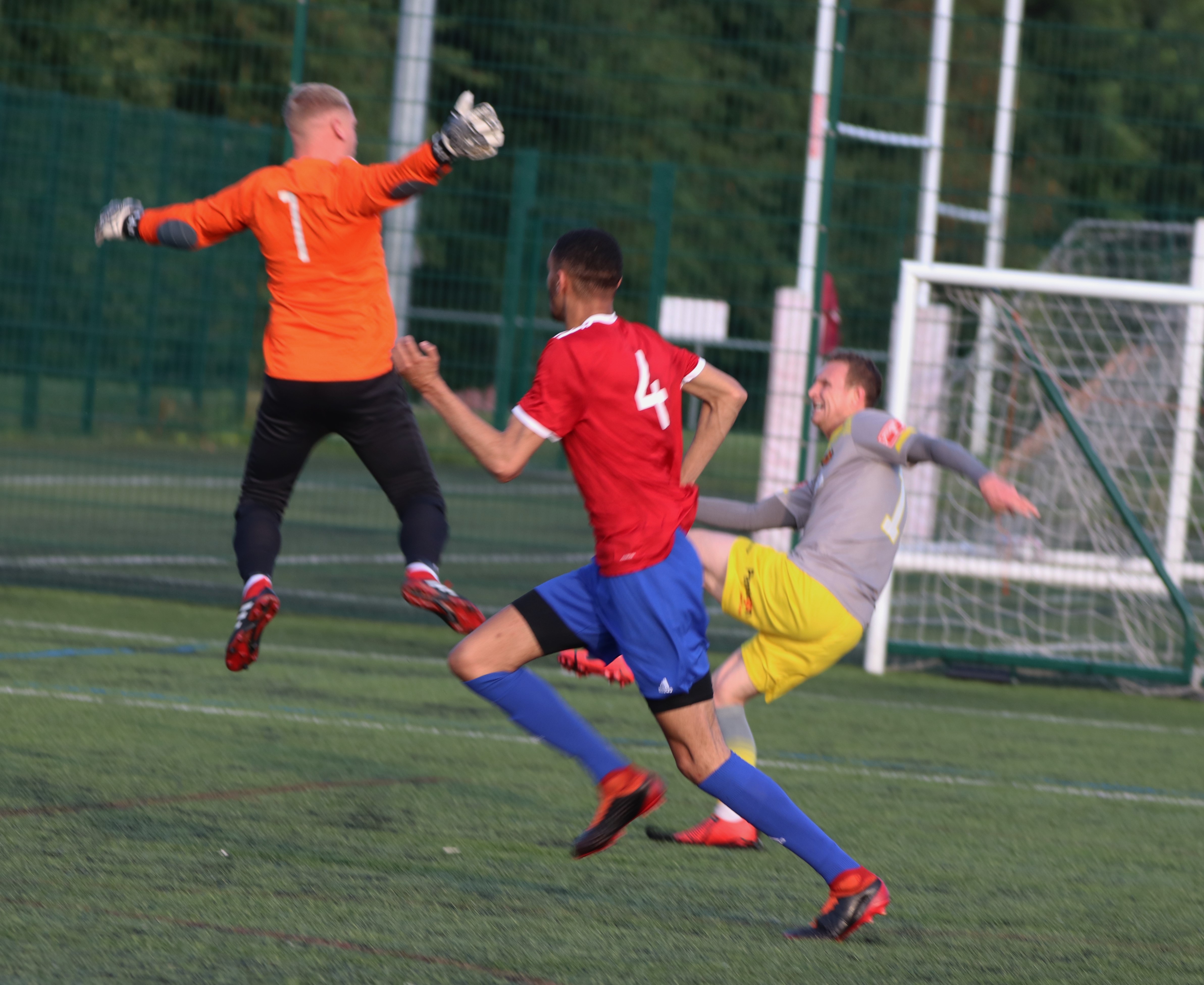 It was a strong start for Mickleover as Bacon’s head was just inches wide of connecting with a Bennett cross from the right, before another attempt from Dales landed on the roof of the net.

Sheffield started to come back into the game and earned 53rd minute corner after a scramble in the goal mouth.

Battisson had just come on for Dales, when Milner came charging through, only to be thwarted as he prepared to shoot. It fell to Battisson, who found Beavon, with the final shot blocked.

On the hour Bennett’s run almost took him right through the defence, before he was finally blocked.

Two minutes later and Mickleover were awarded a penalty after Bacon was tripped. Warren stepped up, but the Sheffield keeper did well to dive to his right and make a save.

More subs followed with Barker, Edge-Lucas and Mann on for Butler, Bennett and Bacon, but shortly afterwards Sheffield made it 1-2 with another close range shot low in the corner, giving Bowen no chance.

A strong run from Barker five minutes later could have been the equaliser, but after finding Atwal in front of goal, the young midfielder completely miskicked and the chance had gone. 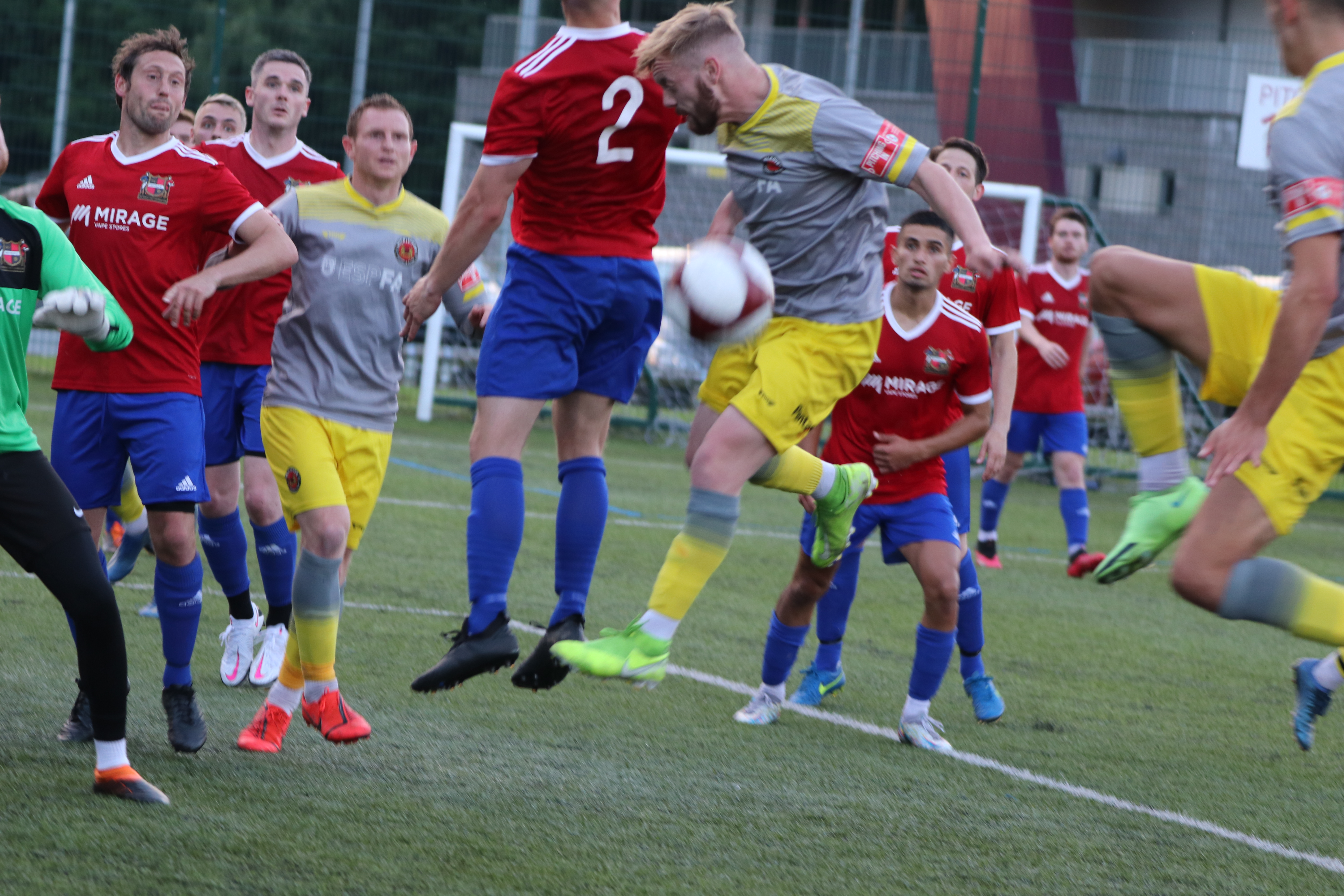 Beavon shot just over from well out in the 64th minute and Barker went close to earn a corner, Beavon then got a dangerous cross in, just short of Gowing’s head.

Edge-Lucas put a couple of good runs in on the overlap, but found no one running in and Atwal had a another shot but straight at the keeper.

It ended in a 1-2 defeat but everyone got a good amount of pitch time, and even during the substitutions the pattern of play remained mainly unaffected, which bodes well for the forthcoming season.

The next game is next week, away to Belper Utd on July 22nd.