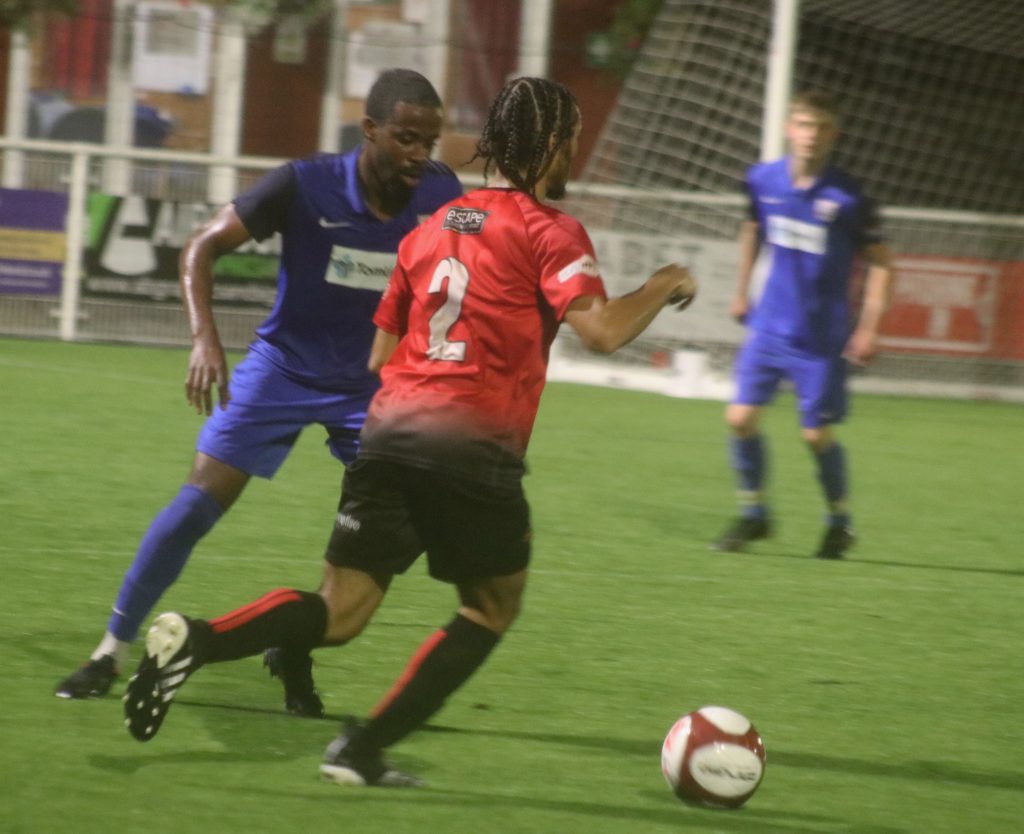 Right from the kick off Mickleover were on the attack, going close after three minutes, when Barker put  a ball across the face of the goal, before King fired it back in as the Teversal defence recovered.

But only a minute later Barker collected on the left, had space and buried the ball in the far corner of the net 1-0.

The visitors tried to push forward but with no end product they were soon forced back into defence.

Six minutes in and McGrath had a free kick just wide after Battisson was fouled and then King almost put Barker through again.

Battisson then picked up a ball from King, he got a shot in but the Teversal keeper was untroubled.

Barker burst through once more after 10 minutes, his shot was saved, but the rebound fell to McGrath whose blistering shot was tipped over for a corner. 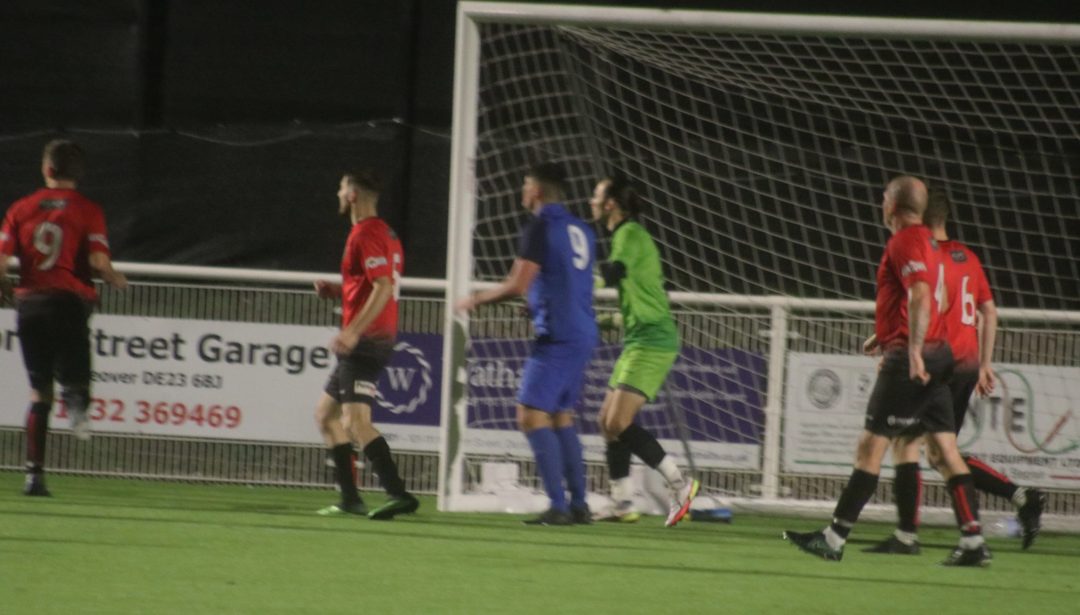 Sports attacks came fast in close succession, with the Teversal defence managing to block with more luck than judgement in some cases.

But after a free kick on the right, Atwal had time to accurately place his long range shot out of the keeper’s reach 2-0.

Five minutes later Atwal was in space again, he found Barker who had a good try, but it was a goal kick and a brief respite for the visitors.

As soon as the ball was back in play Mickleover were back on the attack with Barker heading just wide from a McGrath cross.

With King and Lewin regularly overlapping on the wings, Anthony and Elliott had comfortably dealt with Teversal’s best efforts, until the 17th minute. A loose pass was intercepted and the defence were flat footed, resulting in a well taken goal by the visitors 2-1.

From the restart Barker was into another run, fouled twice and it was a free kick on the edge of the box, with McGrath’s kick pushed out for a corner. 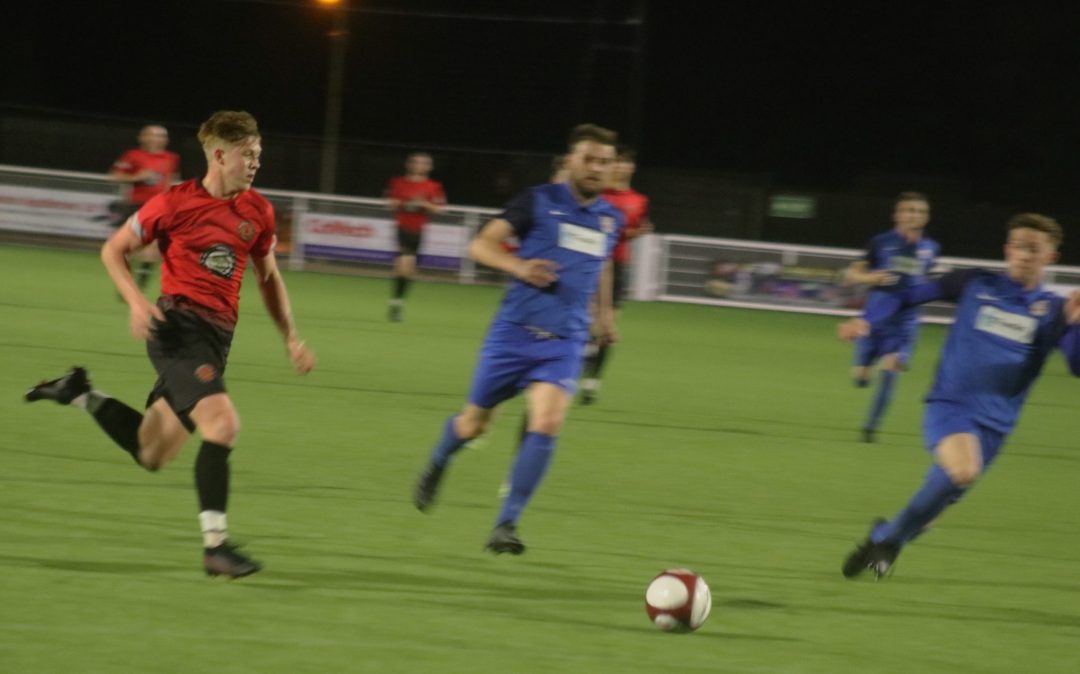 McGrath’s corner was headed goalwards by Satchwell, it came out and Edge-Lucas who was on the far post, his precise header leaving the keeper well beaten,3-1.

Satchwell was almost on target himself when some weak defending forced the keeper off his line for another corner. Two minutes later he just missed out on a through ball from Battisson, before connecting with a Lewin cross after 24 minutes, when a defender just managed to deflect his header.

Bowen had a rare touch in the Mickleover goal when the visitors had a free kick on the edge of the box, and as the completion of the first half hour approached, Teversal had their best spell of the game.

Mickleover were forced to make a change when Horleston came on for Edge-Lucas, after he was hacked down inside his own half.

Barker had another charge blocked after 36 mins and a minute later a short corner from McGrath to Lewin, found Satchwell’s head and was just wide again. 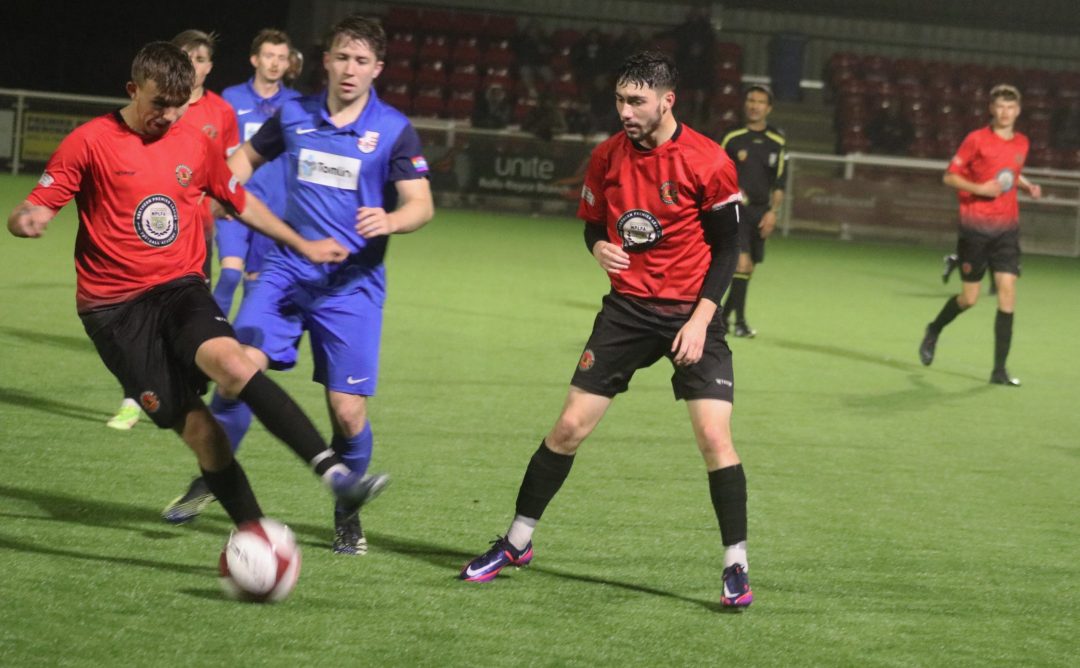 It was then Battisson’s turn, after Barker had another one on one with the keeper, he was almost clear and earned another corner.

It was close to a fourth goal in the 39th minute, after yet another Barker run had earned a corner. McGrath and Lewin combined again and found Horleston, whose shot was almost there but a fraction too high.

The fourth goal finally came in the 42nd minute when McGrath had the ball around the half way line, he saw the keeper off his line and sent a lob skywards, dropping neatly into the back of the net, 4-1.

Only a minute later it was five, when Satchwell got his goal, with a calm side foot from a McGrath free kick 5-1.

The showers had come and gone and then returned but the rampant Mickleover attack continued to flow in the second half.

51 mins and Elliott headed just wide from a McGrath corner, but a minute later Lewin crossed to find Battisson, whose shot was deflected wide of the Teversal keeper 6-1.

The visitors went close themselves after 54 mins, when a cross was close enough to Bowen’s crossbar for him to cover it.

Mickleover made their second substitution after 56 mins when Benjamin came on for Satchwell.

It was nearly goal number seven in the 66th minute, when Battisson intercepted a poor clearance from the Teversal keeper. It fell to Horleston, but his shot was too high again.

The visitors pulled one goal back when Bowen conceded a 68th minute penalty, but it failed to turn the tide on Mickleover’s continuous barrage on the visitors goal.

Barker looked set for his second goal after 71 mins, running in one on one at the keeper for about the third time, his effort was intercepted for a another corner.

Murphy had come on for Lewin and he made it seven after 74 mins, when King, now on the left, fired  the ball into the box, allowing Murphy to drive home from close range. 7-2.

The rain got heavier for the last 10 mins, but there were still two more chances on Barker runs. The first saw his effort whistle across the face of an empty Teversal goal and the second was saved by the keeper.

Back on the top of the league the next game is away to Rowsley on Saturday, before returning to the Don Amott Arena on November 6th to face Arnold.