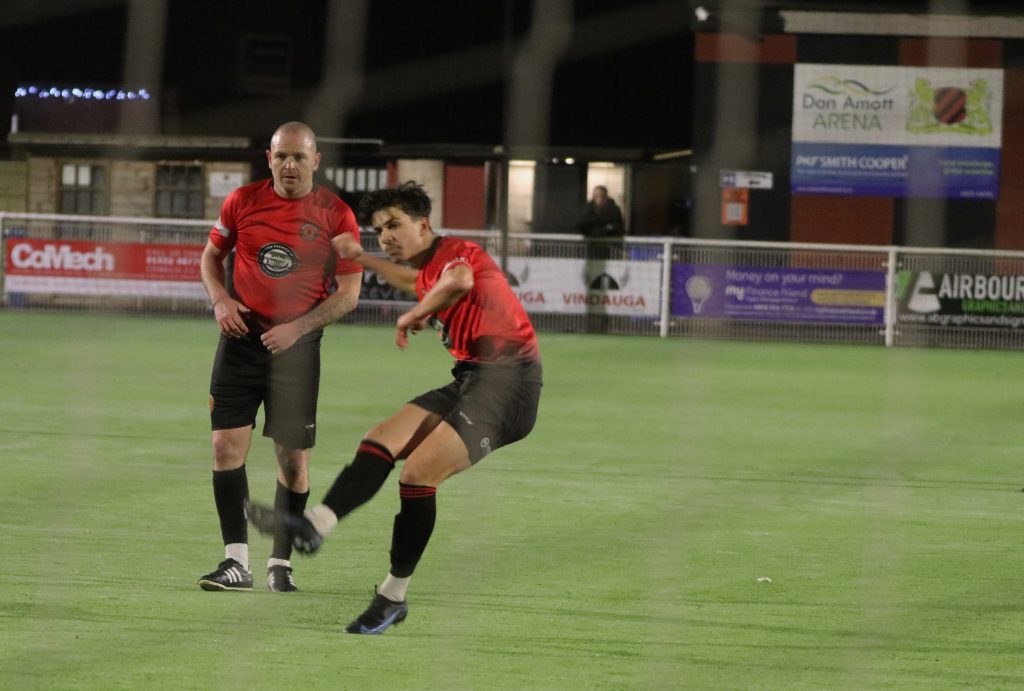 It was a fairly even start to the game and Mickleover had their first positive attack after four minutes, when Barker put in a good cross from the right, but there was no one to receive it. Only a minute later Smith broke clear but Barker’s resulting shot was blocked after the visitors keeper was caught out of position. Robinson was then working hard on the overlap, crossing from the left but Barker couldn’t quite get there, as Sports started to lose possession with some stray passing.

The game took a turn after 11 minutes when the ball broke loose in the middle, and was picked up by a Rowsley striker. He managed to outpace Anthony and placed the ball well as he beat the advancing Bowen. 0-1.

Mann headed over from a McGrath corner after 12 minutes, before Battisson hustled his way through to find Smith, whose shot whistled just wide of the right hand post. After Barker was fouled 16 minutes in, the free kick came to nought, but the young striker had battled his way into the box again, but Smith wanted too much time on the ball and failed to get a shot in. The work rate was fairly high and the skill was evident, but the flow and control was still eluding the Mickleover attacks.

Barker floated in a perfectly timed cross after 20 minutes. It beat the keeper but just a finger from him was enough to put it beyond Horleston’s reach. 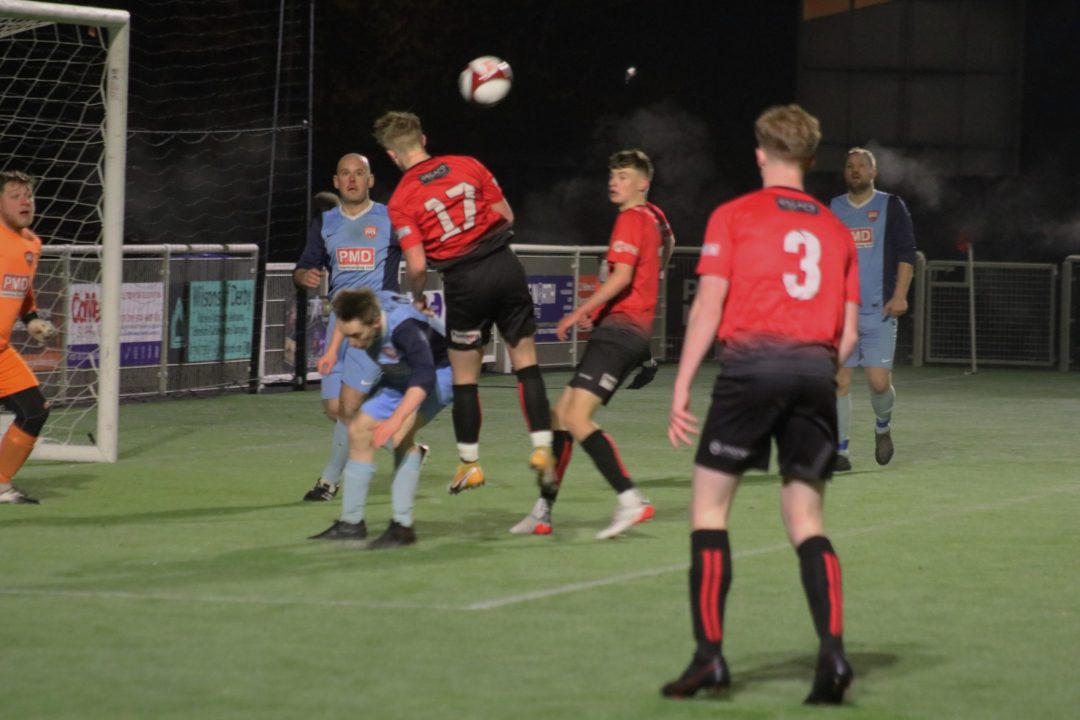 As McGrath was controlling central midfield, he managed to send Edge-Lucas on a telling run down the right, before cutting in and sending another shot just wide of the right hand post. Barker was almost in again after Atwal found Battisson and allowed Smith to feed the ball through, and only two minutes later Barker lobbed over the bar when the keeper came out and failed to collect.

The frustration continued to show as the chances were there, but the finishing wasn’t.

Atwal was tripped in full flight but his free kick went straight into the keepers hands, but Rowsley managed a break themselves after 32 minutes, but the resulting shot was easily held by Bowen. Barker had another 35th minute shot which earned a corner and a McGrath free kick was just wide after Battisson was fouled. Another cross from Robinson found Barker whose effort was straight into the keepers hands, but after 41 minutes the breakthrough finally came. From a Horleston throw Battisson charged through the defence and sent his crisp shot into the top right hand corner of the Rowsley net 1-1.

Suddenly it was all change and almost on half time Barker cut in from the left and sent a scorching shot high into the roof of the net 2-1. There could have been another in time added on as Barker cut inside again before his challenge was intercepted and the half time whistle blew. 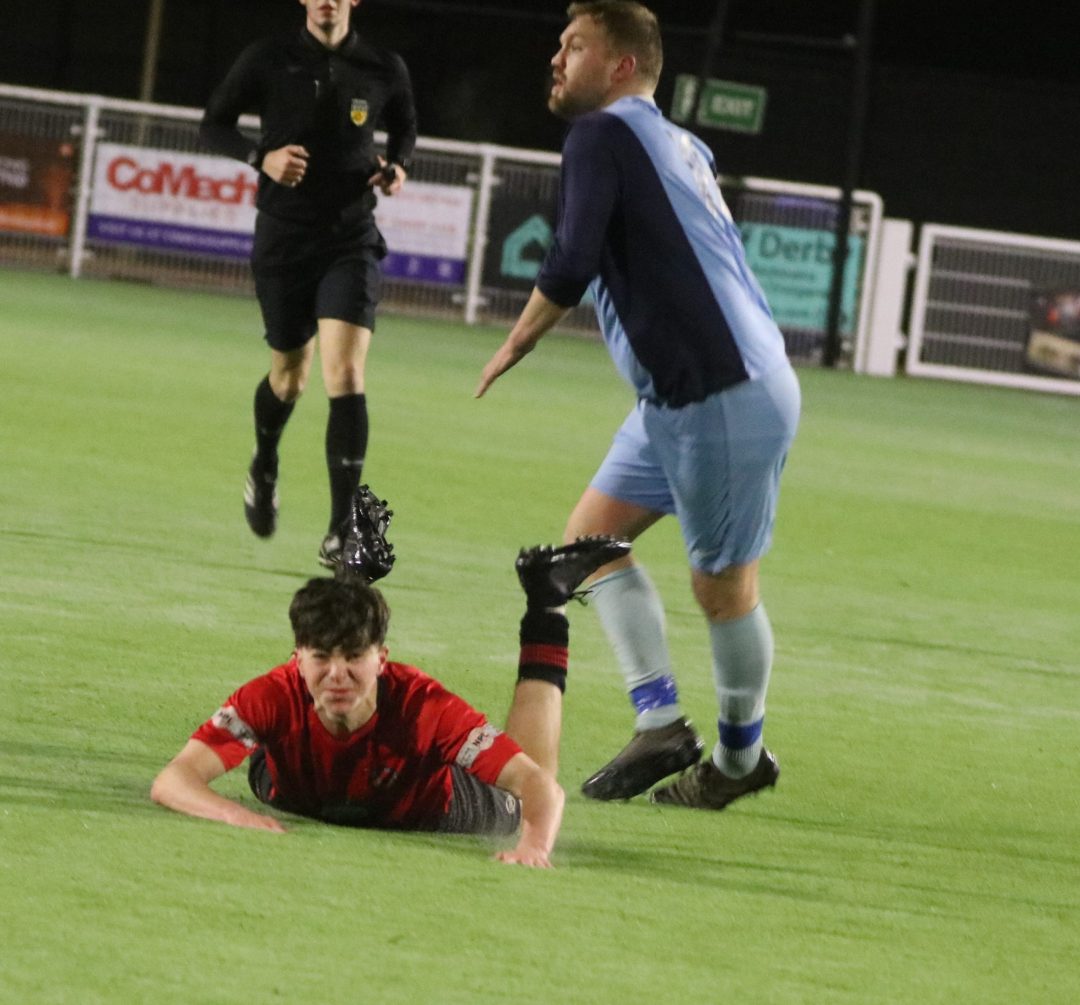 To say it was men v boys in the second half was an understatement, as it was the boys from Mickleover that restored their dominance, as fitness and skill started to tell. Only four minutes into the second half Smith was in the clear with only the keeper to beat when he was hacked down by a recovering defender. Horleston then went close after 54 minutes, but his shot was into the side netting.

It was all one way traffic and just before the hour mark Barker made it 3-1, as Smith and Horleston made way for subs Elliott and Benjamin. 68 minutes and Atwal celebrated his 18th birthday in the best possible way, his shot from outside the box had the keeper well beaten, after a good midfield build up, 4-1. 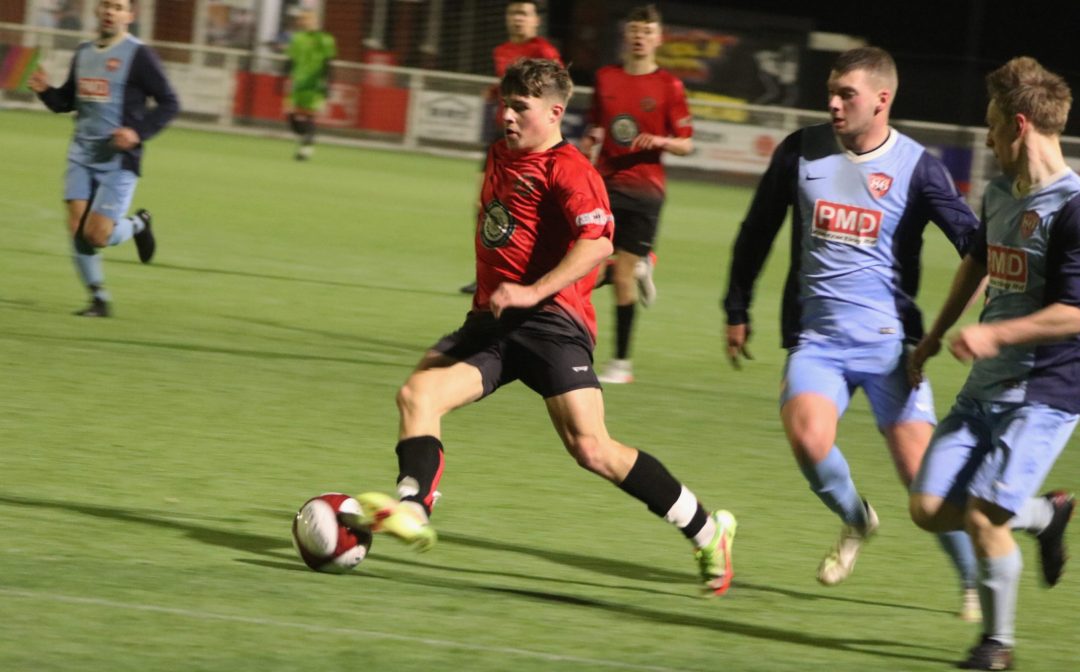 Chances continued thick and fast and the flow that was missing from the first half was back with avengeance. Robertson was the next sub on for Edge-Lucas, but after 76 minutes it was 5-1 when Barker smashed in an unstoppable shot for his hattrick. Barker was on target again only three minutes later, when he was free down the middle and just moved forward and chipped the ball over the keeper 6-1. Elliott went close a few minutes later too, after Battisson put him through and with three minutes let McGrath tried another lob from the half way line, but the keeper recovered and it bounced off his chest. But they hadn’t finished yet and after Atwal fired over from a McGrath corner, Battisson whipped through the demoralised defence again and blasted it past the advancing keeper for his second of the night and a final score of 7-1.

The victory now places the reserves firmly at the top of the league two points clear of Blidworth, before Saturday’s game away to Sherwood Colliery Reserves.