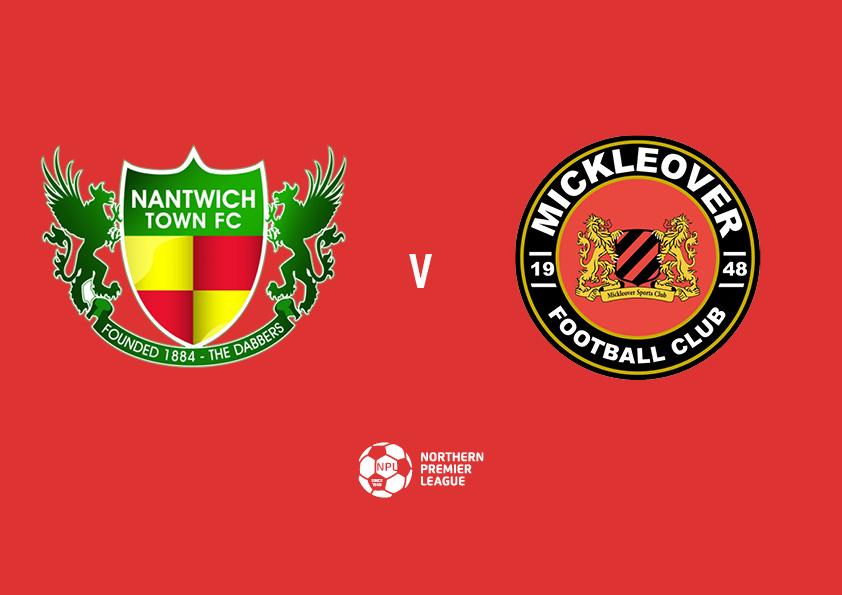 Mickleover will be looking for their second successive win on the road this Saturday, when they visit Nantwich Town.

At present the Dabbers are one point behind Mickleover in 20th place, following only their second home win of the season on Tuesday evening against Gainsborough.

Our hosts have still have three games in hand, so it’s another critical double pointer as we try to pull clear of the drop zone, so with Nantwich only an hour down the road travelling support would be more than welcomed by John McGrath and the boys.

Let’s take a look at our hosts.

Having used three goalkeepers this season, Matty Gould holds the number one shirt at present, on loan from Altrincham until later this month.

He started out in New Zealand with Hawke’s Bay and Maycenvale Utd, before coming to the UK with Cheltenham in 2014. He was loaned out to Bishop Cleeve before moving to Scotland with Livingston.

Further loans at Stenhousemuir and Stourbridge followed, before he went to Spennymoor in 2018, moving on again to Altrincham after two years. He is the third generation of footballer, with father Jonathan an ex Celtic keeper, and Grandad Bobby the former Coventry City legend.

Andy Wycherley has kept goal in four of the last five games however. The Welshman started at the New Saints, before joining Telford Utd, after a short loan at Guilfield. In January last year he moved to Solihull Moors and then had just over a year at Hednesford before coming to Nantwich in October. 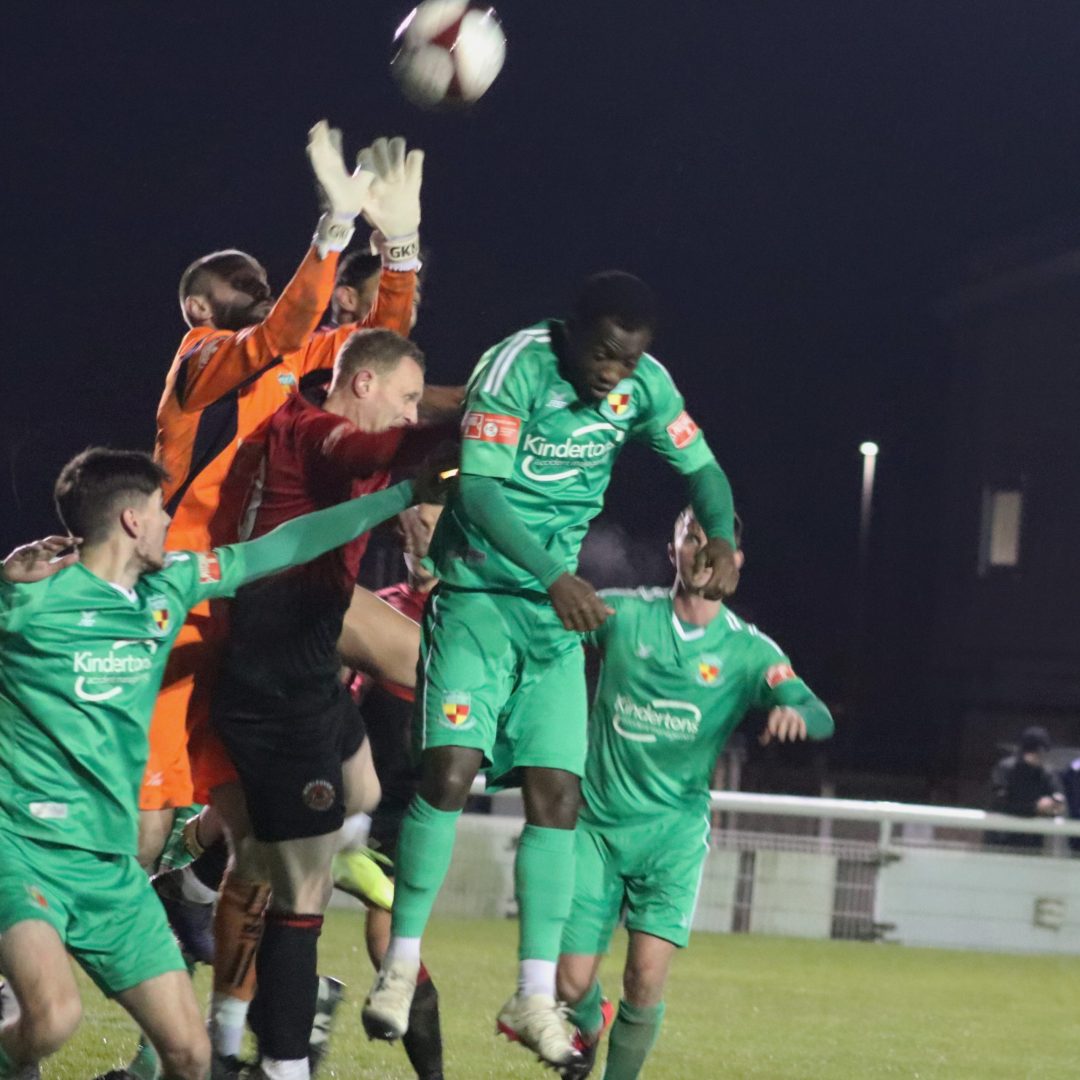 Troy Bourne is one of the main stays of the Nantwich defence, now in his seventh season at the club. A graduate from the Dabbers’ youth team, he spent much of the 16/17 campaign on loan at Alsager Town but did make a couple of first-team appearances for the Dabbers. Now a regular in the centre back position but can also play at right back when required.

Defender Josh Langley was a summer 2019 signing from Southport. He started out a Junior at Wigan Athletic, then had four years at Fylde before joining Southport. Loans at Altrincham and Guiseley followed before arriving at Nantwich.

Matty Devine is a left back who switched Cheshire allegiances in the summer of 2019 as he joined the Dabbers from Witton Albion. An attacking full-back, he was previously at Marine and Burscough.

Joel Stair is another long serving player in his sixth season at the club. Primarily a right or centre back he was signed from Hanley Town in 2016.

Former Welsh under 15, 16 and 17 International Jacob Edwards is a right back, signed in September 2021 after serving his apprenticeship at Swansea.

Midfielder Caspar Hughes re-joined the Dabbers from AFC Fylde at the start of the 2017-18 season, before being named captain in January 2018 after the departure of Sam Hall. He started at Crewe Alexandra youth academy and had a loan at Chasetown before starting his long association with Nantwich, first as a loanee, before it was permanent from July 2012.

Moving on to Fylde a year later, he helped them gain promotion from both the Northern Premier League and the National League North, before returning to Nantwich. 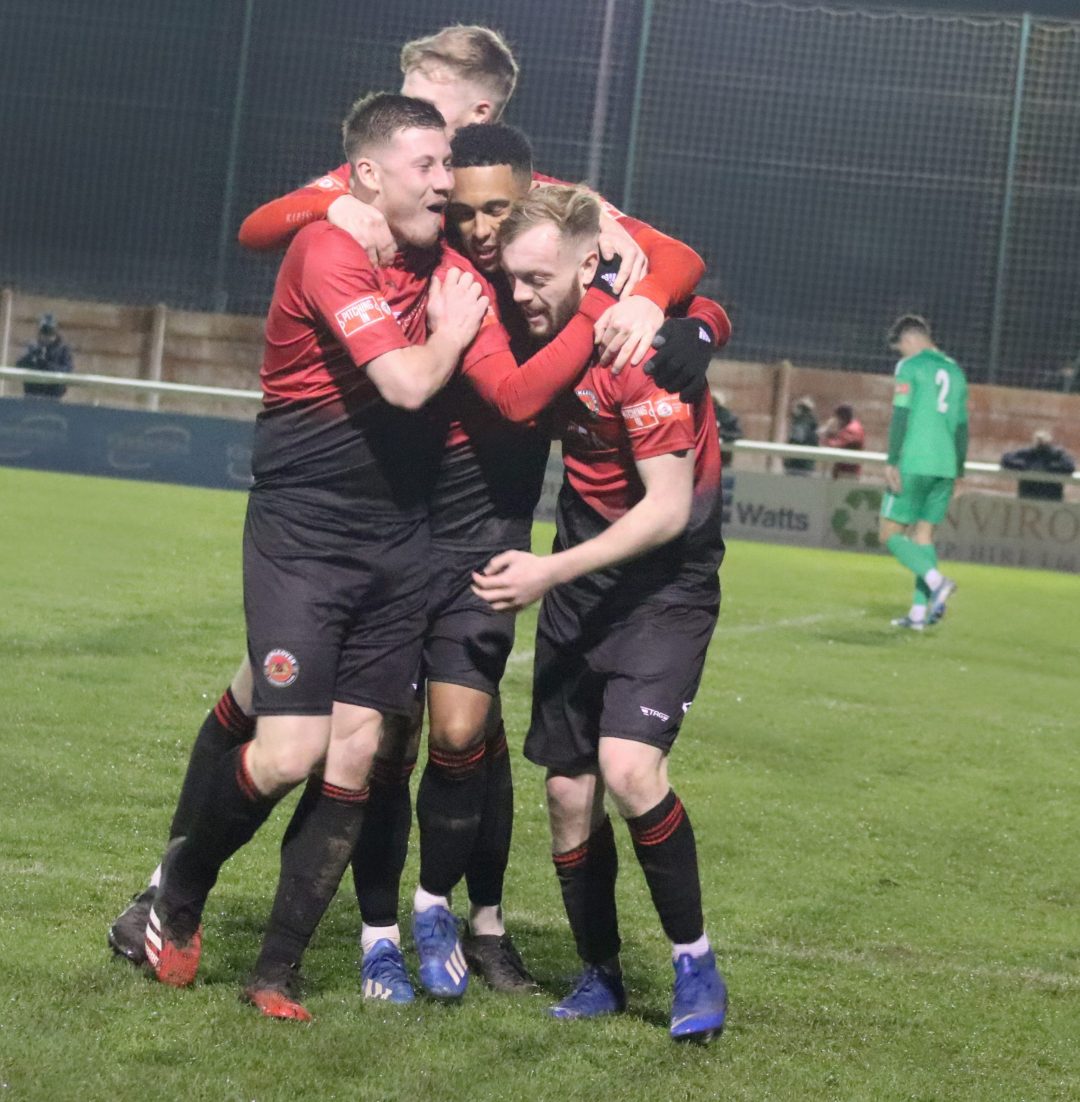 But in 2007 he ventured to Spain with Real Sociedad, scoring one goal in nine games before returning to the UK with Blackpool. He had three years at Bloomfield Road before moving to Sunderland for £1.8 million and then spent five years at Nottingham Forest, making over 100 appearances.

He then crossed the Trent for a spell at Notts County, which brought an end to his league career of over 500 games. He turned to Crewe to coach the Academy and after two years out, started playing again at Nantwich last September.

Having already been capped by Wales at under 19 and 21 levels, he went on to play 42 games for the full Welsh side and was part of the successful 2016 Euros squad.

Sean Cooke is an attacking midfielder and is the son of manager Dave. He played with Caspar Hughes, at the AFC Fylde side that won promotion from the Northern Premier, but played his junior football at Crewe and Blackburn Rovers.

He first came to Nantwich in 2011, before moving to Fylde after five months.  Moving on to Telford Utd, where they loaned him back to Fylde and FC United, from where Nantwich signed him again in 2015.

Carlos “Thommy” Montefiori is a young Argentinian winger who was signed in February 2021 after turning 18. He has been a local resident with his family in Chester for the last couple of years and was spotted and invited to Nantwich and subsequently signed. He started at the famous All Boys FC in Buenos Aires.

Another midfielder Prince Haywood came from fellow NPL club Radcliffe in January 2020. Ghanaian born,
Prince previously played in Italy with Modenese and Virtus Pavullese, before coming to the UK with Stalybridge Celtic. After two seasons he moved to Colwyn Bay, then Witton Albion and Radcliffe before joining the Nantwich squad.

Joe Mwasile has spent recent games on the bench, but a midfielder or pacey winger he joined the club in October 2017. A former Morecambe Academy Graduate, he had loans at Workington, Altrincham and Barrow before being released in 2014. 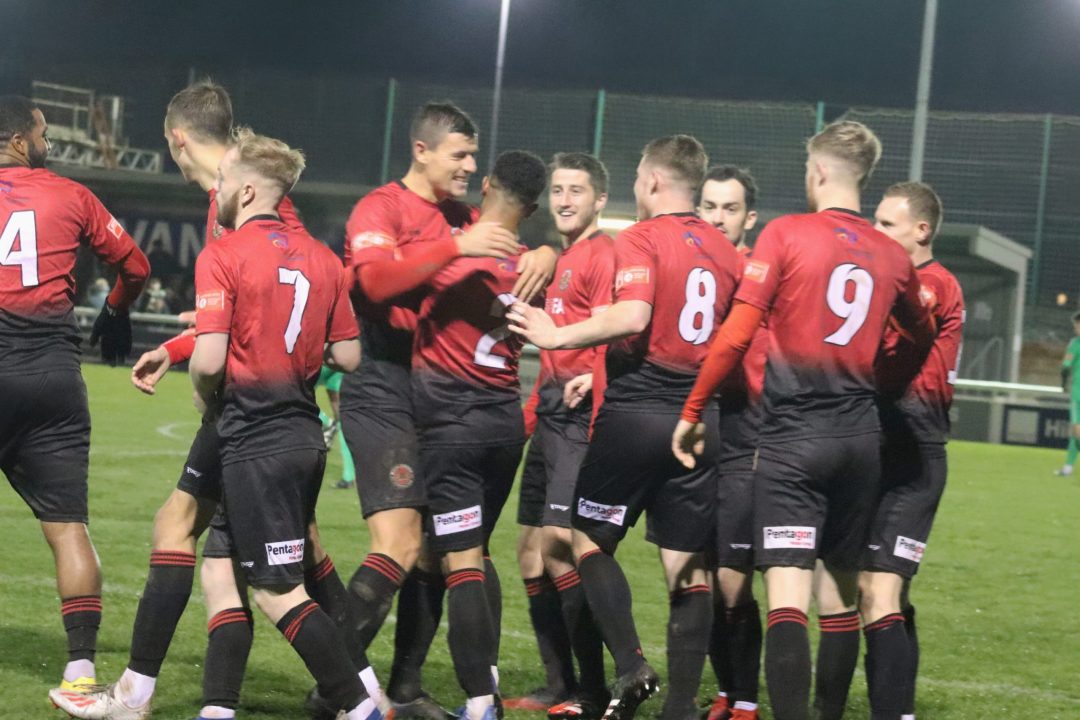 He then joined Workington permanently, moving on via Salford City, Marine and Warrington, before arriving at Nantwich.

Striker Shaun Miller hasn’t been in the starting line-up of late. He started his career with Crewe Alexandra’s youth system, and he signed a professional contract with the club in July 2006. He made his first-team debut in November 2006.

After a loan at Witton he joined Sheffield Utd, after making 179 appearances and scoring 43 goals at Gresty Road.

After nine goals in 35 games for the Blades in League One and a loan Shrewsbury, he joined Coventry City, but was soon loaned out again to Crawley and York City.

Further moves to Morecambe and Carlisle preceded his return to Crewe in 2018. He then joined Bolton Wanderers in 2020, before coming to Nantwich at the beginning of this season and scored on his debut.

Striker Joe Malkin is the son of former Tranmere Rovers striker Chris. He joined the club at the beginning of the 2018-19 season from North-West Counties Football League side Cammell Laird 1907 and won the Northern Premier League Young Player of the Season.

Connor Heath was a signing in the summer after being released from Crewe Alexandra, where he had impressed during his 2-year scholarship period with a number of goals, he signed a professional contract in the summer of 2019.

He had previously been loaned to Witton Albion and Colwyn Bay and is currently dual registered with Farsley Celtic.

Dan Cockerline came through the ranks as a Sheffield Utd junior. He had loans at Grantham. Marine, Matlock and Curzon Ashton before being released in July 2016 to join Northwich Vics.

Further moves to Barrow and Southport soon followed plus a loan at Stalybridge, before he had three months in Australia with Adelaide.

On his UK return he joined AFC Liverpool, then FC United, Aberystwyth and back to Liverpool, finally coming to Nantwich September last year.

Joe Robbins is a central midfielder currently on loan from Crewe. He previously had a spell on loan at Altrincham too.

Midfielder Matt Bell came back to the club last month. The former Port Vale graduate moved onto Mansfield, and after loans at Stafford, Solihull Moors, Leek Town and Kidsgrove Athletic, he first came to Nantwich in May 2015.After 21 goals in 199 games in moved back to Leek in October 2019, before arriving back at Nantwich again.

He is also a full international too, having been caped twice by the British Virgin Islands in 2015.