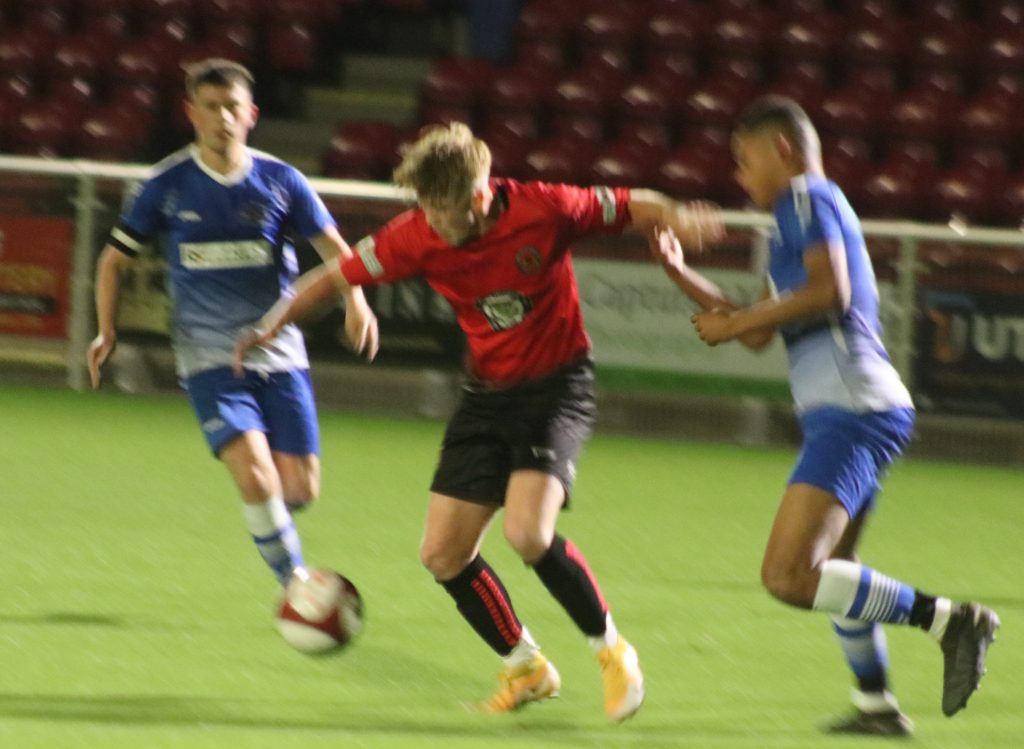 Mickleover Reserves made it a winning double over Mansfield Hosiery Mills. Have won 2-0 away earlier in the season, it was already 3-0 by half time, before it had raised to seven by full time.

Mickleover earned their first corner after four minutes and a minute later it was 1-0 after Edge-Lucas was fouled and Mills headed home from a McGrath free kick.

It was almost a second for Mickleover after 10 minutes, when Barker was in a challenge with the Mansfield keeper. The young striker held possession and layed it off to Milner, whose chip beat the keeper, only to find a defender on the goal line.

Milner had the keeper beaten again three minutes later, but it was Lee with the shot that was blocked again, before the ball went out with Mills chasing.

Mann then tried his luck with a random shot from well out, before a 17th minute cross from Edge-Lucas left Lee unable to control a bouncing ball, but he managed to find Mills who had similar problems. 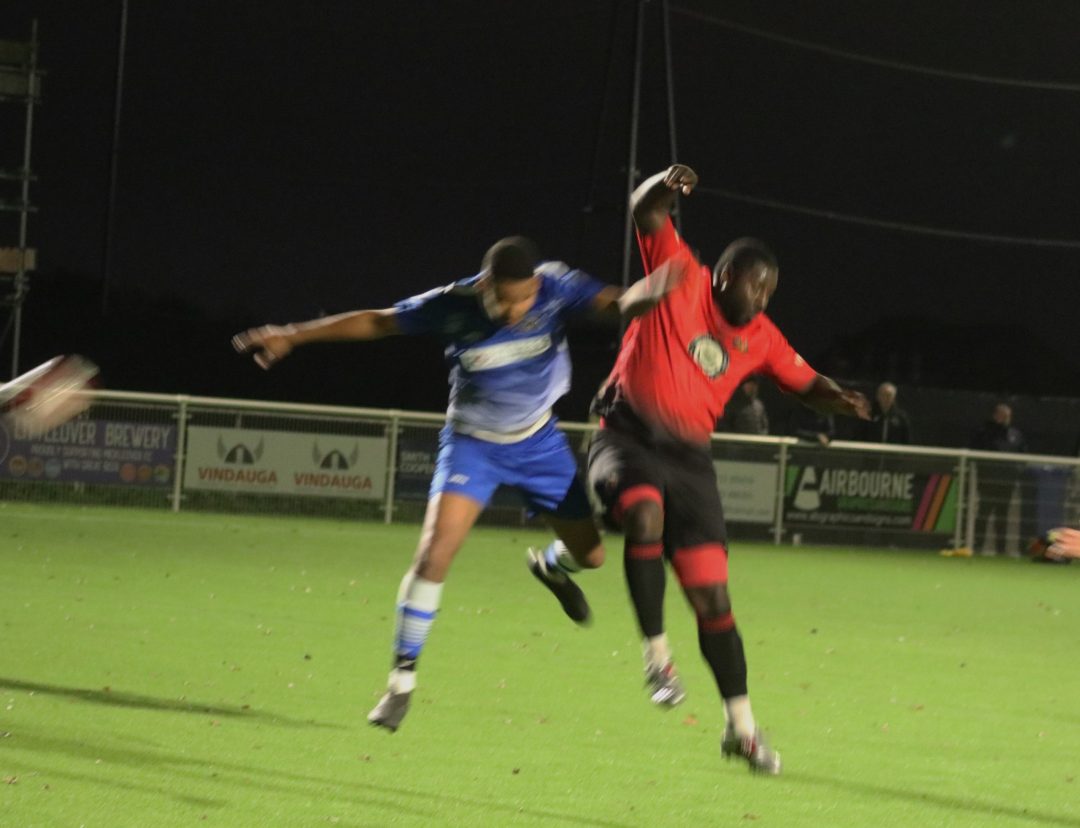 Mansfield had their first corner after 20 minutes, but it came to nought, before Barker led another attack which ended with an uncollected cross passing the face of the goal.

After Milner was fouled on the edge of the box, the free kick failed to provide any initiative, but in the 26th minute Edge-Lucas’ perfectly weighted cross , found Mills head and set up Barker to make it 2-0.

Only a minute later Barker ran at the defence once more to fire a shot just over, but Mickleover were quick to threaten again when a Lee shot was cleared, only for Milner to collect. But his through ball was just too far ahead of Mills.

A third goal looked almost certain, with Mansfield struggling to get into the final quarter.

Barker battled his way through almost the entire visitors defence after 32 minutes, before finding Elliott, but his shot was straight at the keeper.

McGrath put a telling ball into the box shortly afterwards, picked up by the overlapping Robinson, but the defence did enough to block his shot. 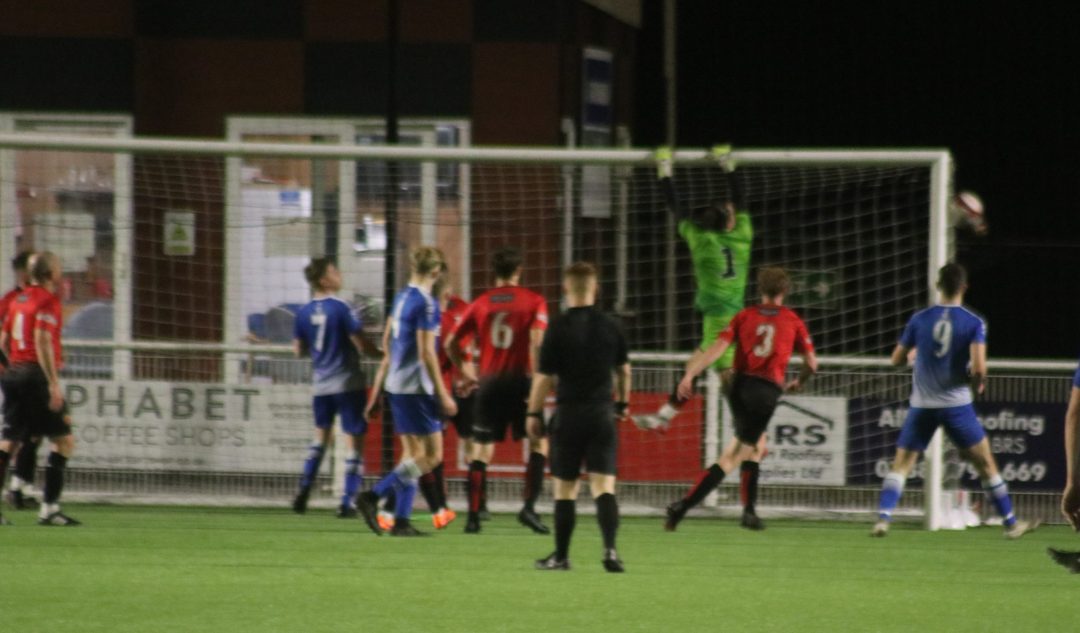 Mansfield managed to get a shot in too, but it was well wide of the mark, before Mickleover went close yet again. Milner swept it out wide on the right to Edge-Lucas. A corner was earned from the blocked shot, from which Mills just missed with another header.

The back four of Edge-Lucas, Anthony, Mann and Robinson had looked solid throughout, leaving Bowen with little to do.

But with four minutes left in the first half, another cross from Edge-Lucas found Mills, who headed on for McGrath to head home 3-0.

Mickleover made two changes for the second half, Atwal had come for Milner, who had successfully played his first 45 minutes after returning from injury, while Robertson was on for Edge-Lucas, who dislocated a finger.

Mickleover started the second half where they had left off, with Lee feeding Barker through, just losing out to the outcoming Mansfield keeper.

But after 50 minutes Robertson’s pacey overlap, provided a decisive cross and Barker hit his second to make it 4-0.

Mansfield started to come out of defence slightly and after a few minutes of attacking, it ended with another shot just wide of Bowen’s post.

On the hour Smith came on for Elliott and was straight into the action, when he collected a long ball from Mills, but his shot was straight at the keeper. 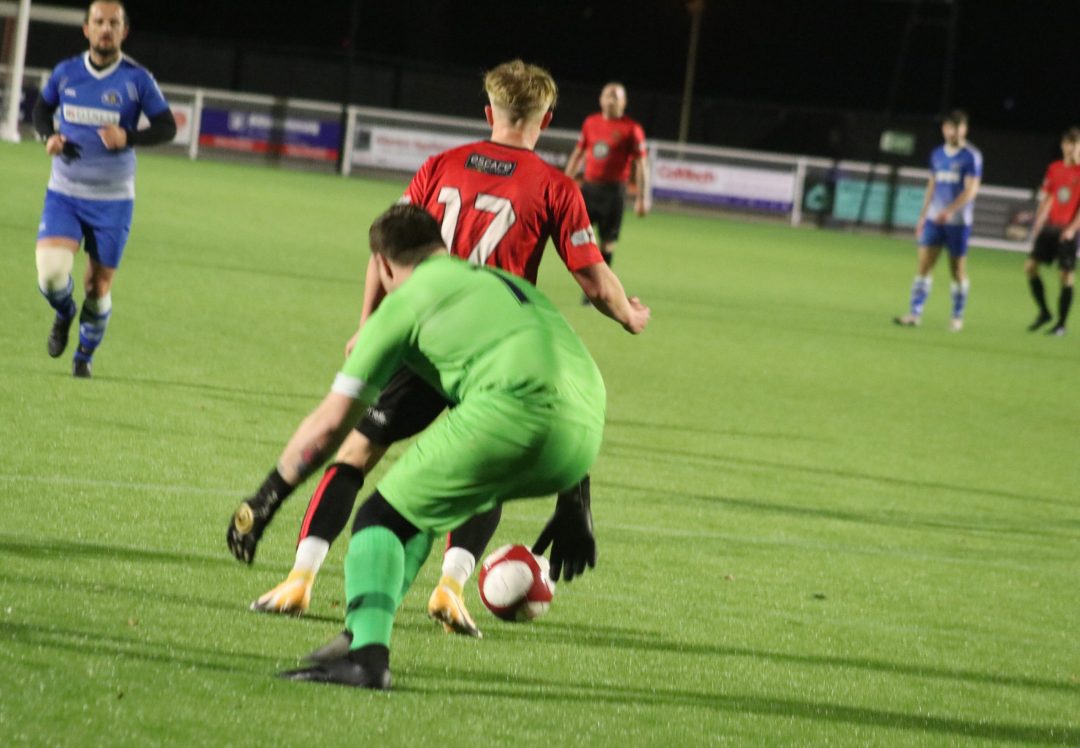 Barker had another half chance from an Atwal pass, but it was soon 5-0 when Smith took it around the keeper in the 71st minute after a McGrath pass had split the visitors defence.

With Sports in such attacking mood, more goals looked likely. Mills went close with an acrobatic overhead kick saved by the keeper, but with 15 minutes left another charge down the wing from Robertson, found Mills to hit his second and it was 6-0.

Only  a minute later Smith fired a shot inches past the post, before Mansfield made another rare break but still couldn’t find the target.

But in the closing minutes Mills tried a cheeky back healer which almost caught the keeper out, but allowed Smith to crack another shot just wide of the post again.

It ended 7-0 though after Robertson was left totally unmarked down the right. He hesitated briefly before squaring the ball to find Atwal running in to fire it home.

Another convincing win and now we look forward to the local “Derby” game against Mickleover RBL on Saturday at Poppyfields Drive, kick off 2pm.