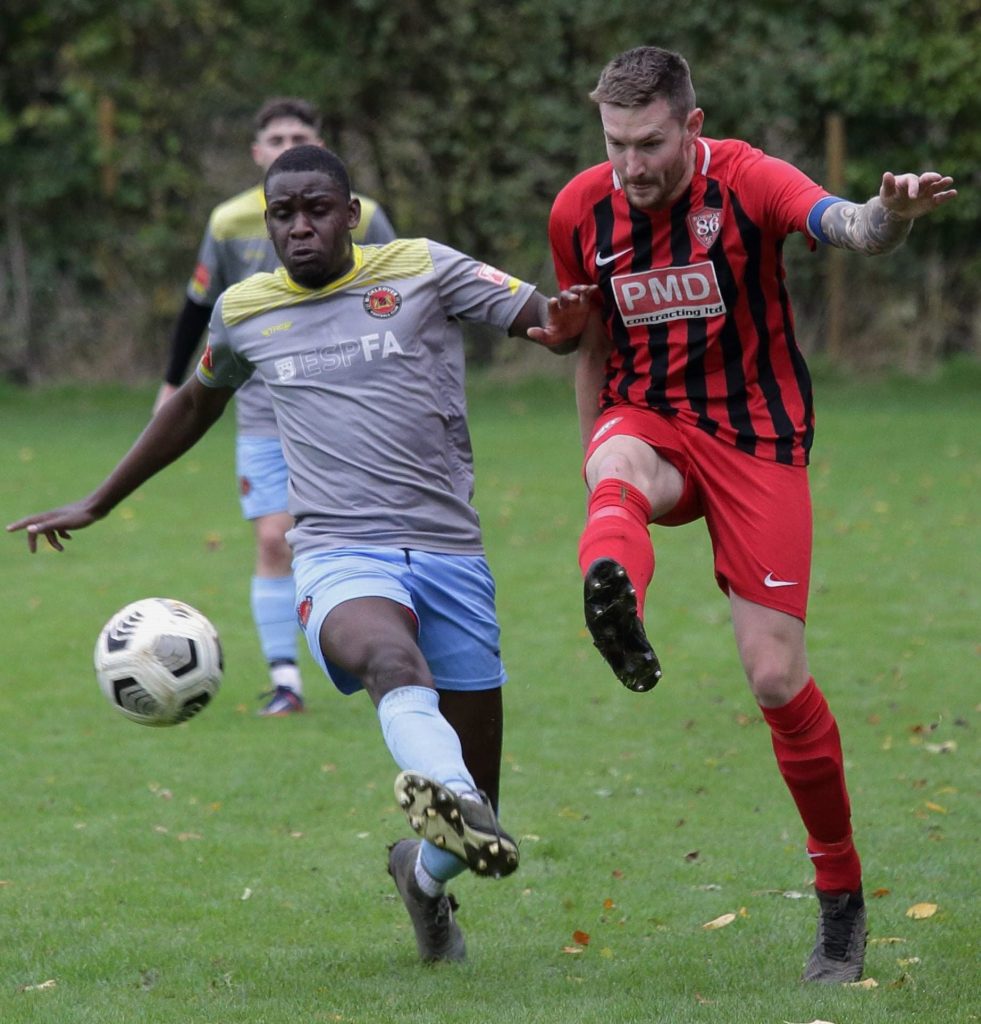 Having had the ‘International break’ off the Reserves made the short trip along Brian Clough Way to Aspley and Melbourne Park, Nottingham. I actually went down to the A50 and across but it doesn’t sound so good)

A couple of forced changes saw us line up as follows – Bowen, Lucas-Edge, Anthony, Elliot and Robinson. The midfield quartet comprised of Massampo, Benjamin, Horleston and Ayetine with Barker and Satchwell leading the line.

The game started well with both sides on the offensive and whilst Mickleover created a couple of gilt-edged chances it was actually Nottingham that had the ball in the net a couple of times.

The first disallowed for a foul on Benjamin and the second the winger was in splendid isolation and also offside.

Barker opened the scoring by completing a well-worked move by sidestepping the keeper and a defender clipping a crisp shot into the unguarded net.

Nottingham continued to press and had a dipping shot that hit the bar and a header from an unmarked header clipping the woodwork on the same spot.

A second goal was needed and it came after a superb tackle by Cam Anthony broke up a dangerous attack. The ball then was moved through the midfield and Ayetine was set up by a perfectly weighted through ball and finished with aplomb.

Having a 2-0 cushion is not the best score to have and the message was to get the 3rd goal and keep a clean sheet and the three points will be ours.

The third did come soon into the half and having played the ball out to Robinson , Will’s sweet left foot cross was met in the middle by the onrushing Benjamin and all he had to do was guide the ball towards the goal and the win was secured.

We look forward tonight to the start of a tough three  match run that will define the season. Mansfield who always give us a tough game, then it’s down into deepest Mickleover to face a resurgent RBL side followed by another trip down the BCW to Long Eaton.