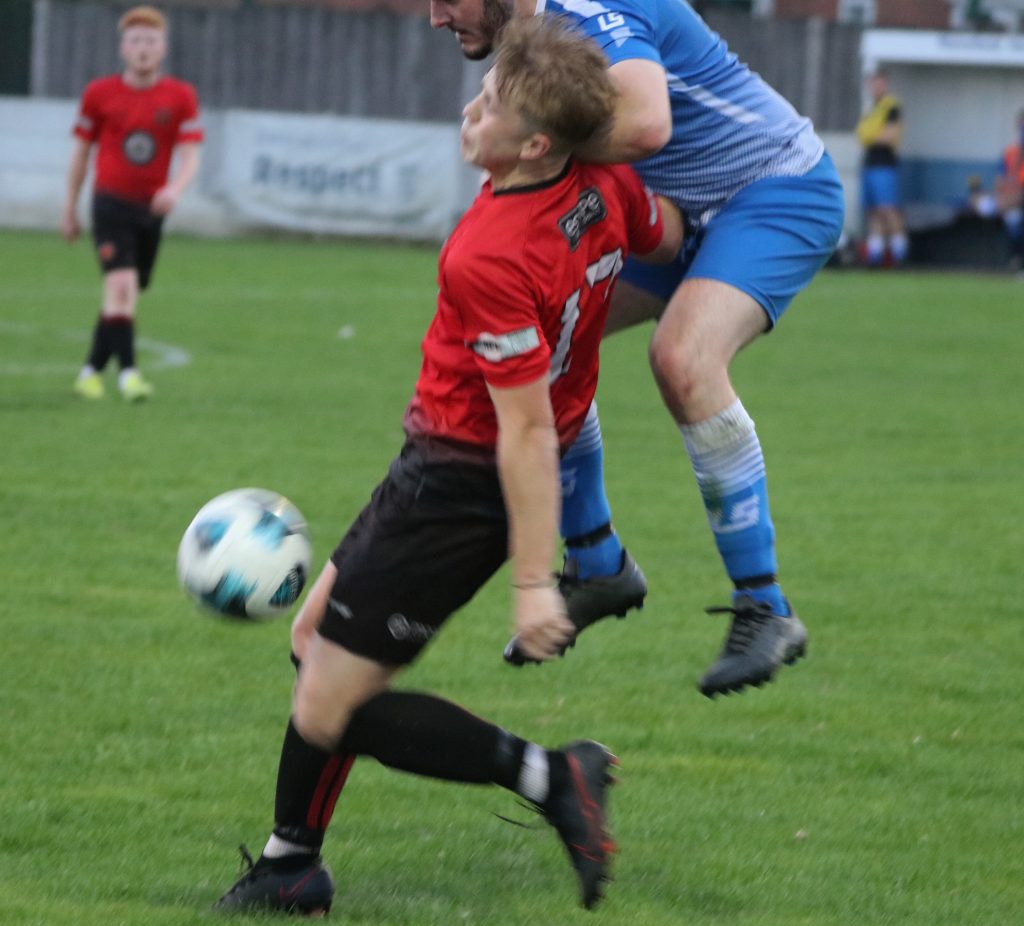 From the kick off sports were straight into attack mode and when Atwal, Sharp and Smith went on a long run after only two minutes, they were just should of making the first telling shot.

Mansfield had a brief response which Bowen dealt with by a long clearance, which just overshot Barker’s run, but gained the first corner of the game.

A mix up in the Mansfield defence left Smith with the ball a couple of minutes later, his pass found Barker, whose first time shot was just over.

A free kick and corner followed in close succession for Mansfield, but the latter was followed up with a weak shot, that failed to trouble Bowen. 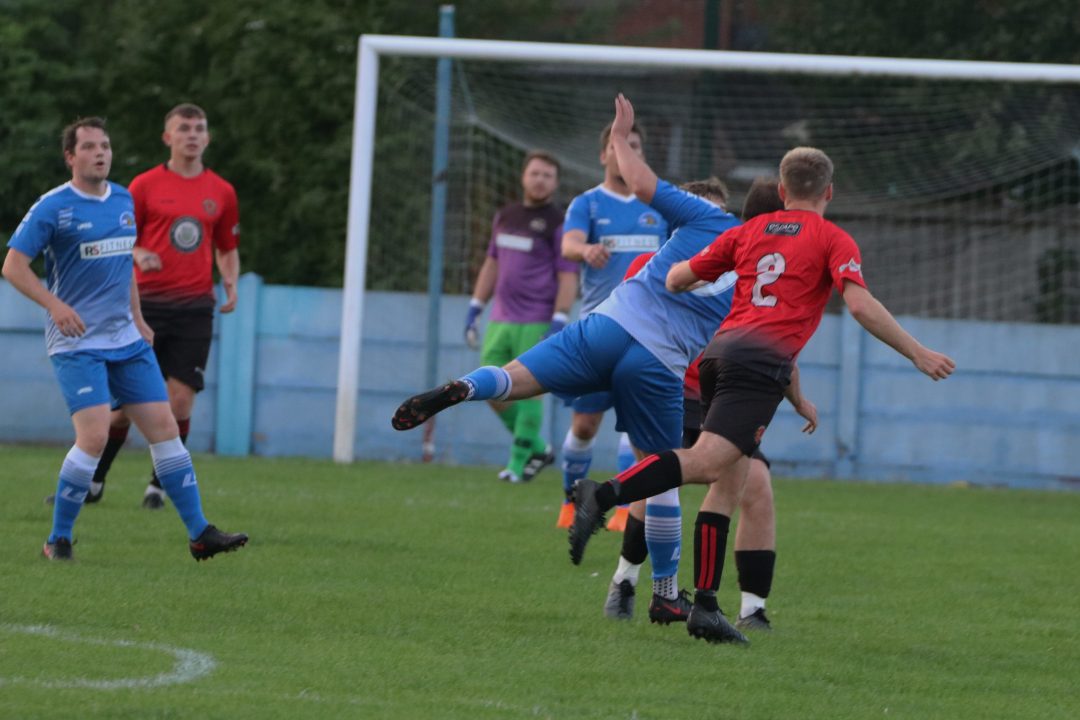 Some of the Mansfield tackling was excessively hard, none more so than when Mann was flattened just inside the hosts half after 14 minutes. The resulting free kick was then headed clear for a corner.

From the corner Smith picked the ball up and sent Barker clear through on goal, he was foiled and almost had his shirt ripped off, but the referee gave neither a free kick or more importantly and obvious penalty.

Sports normal flowing game started to become stifled by the raft of free kicks given against for the hosts intimidating tackles, more concerning that so many were from behind.

After 24 minutes a break down the left, saw Barker follow with a shot just wide again, before the battling Edge-Lucas found his way through the melee to earn a corner 28 minutes in. Williams was then brought down, and another penalty appeal after he had another nice interchange with Barker.

Atwal had a free kick but it went straight at the keeper and after 36 minutes Smith’s run found Barker again in the middle, but he was forced out wide unable to get a shot in. 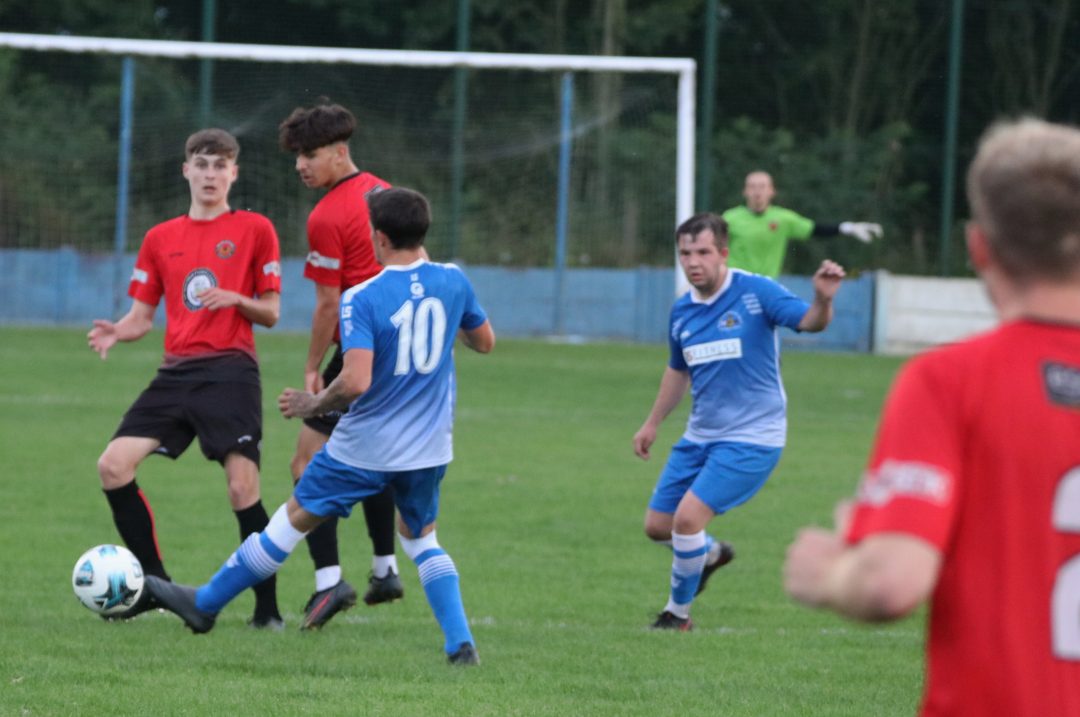 The best chance of the first half came three minutes later, when Barker put a low cross in from the right, as Smith slid into connect, it was inches wide.

Sports pushed hard in the closing minutes of the first half and after a corner, Williams crossed and Sharp created space for his own shot just off target.

The hosts keeper then had to pull off a double save as Satchwell’s initial shot found Smith, whose effort was pushed away with the keeper at full stretch.

Benjamin was then booked for clash with a dramatic defender, after he had a strong down the left, bringing to an end an ill disciplined and scrappy first half.

As the second half got under way Mickleover came out with all guns blazing, gone was the apprehension of the strength overcoming skill, and they even learned to overcome some of the poor officialdom too.

Satchwell had a shot saved from a Sharp pass after 47 minutes and a minute later Barker was fouled yet again and a strong run. 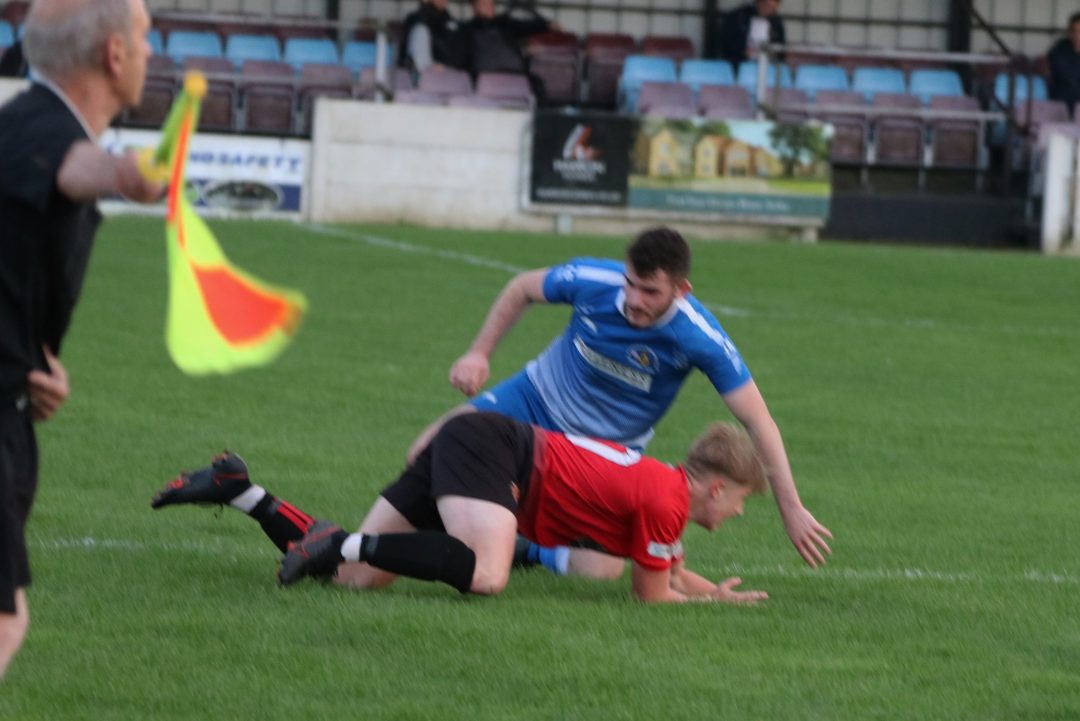 With Edge-Lucas, Atwal and Benjamin driving forward, Satchwell, Barker and Smith all began to threaten more.

Barker worked the ball through to Smith, his shot was blocked, similarly Satchwell’s rebound and then Smith had an overhead kick over the bar.

But just before the hour was up the deadlock was finally broken. It was a fairly scrappy build up but came down to Smith and the hosts keeper in a fairly hefty clash.

As the keeper made contact, Smith still got his head not only above the keeper, but got enough contact on the ball to find the net, 1-0.

Within the next few minutes Satchwell was through on goal and despite being incorrectly flagged offside, by the refs assistant who was well behind play, it was chance gone. Smith then had another shot just wide a few minutes later before Barker had a try saved following a corner.

Barker then found himself in the refs book, which was still unusually devoid of Mansfield names.

Mann and Robinson continued rock solid at the back, with the almost redundant Bowen looking on, but the attacks continued with a Williams cross deflected interestingly close to the Mansfield goal.

After a couple more incorrect offside decisions, one following a clear a play on from a Mansfield defender, Satchwell finally got through again without being flagged, but his final shot was blocked.

The push became more intense as they looked for a second goal, and Edge-Lucas went close with a chip into the area, before Robinson blasted well over the bar.

But there was another free kick after 36 minutes. Atwal lined himself up and fired it straight into the Mansfield net 2-0.

Ash Elliott came on for Smith for the last seven minutes and Ted Stevenson competed the last few minutes after Satchwell came off, but the final whistle went and Mickleover returned home 2-0, having overcome a battling, sometimes over the top clash, with officials likened more to the Three Stooges than three wiremen.