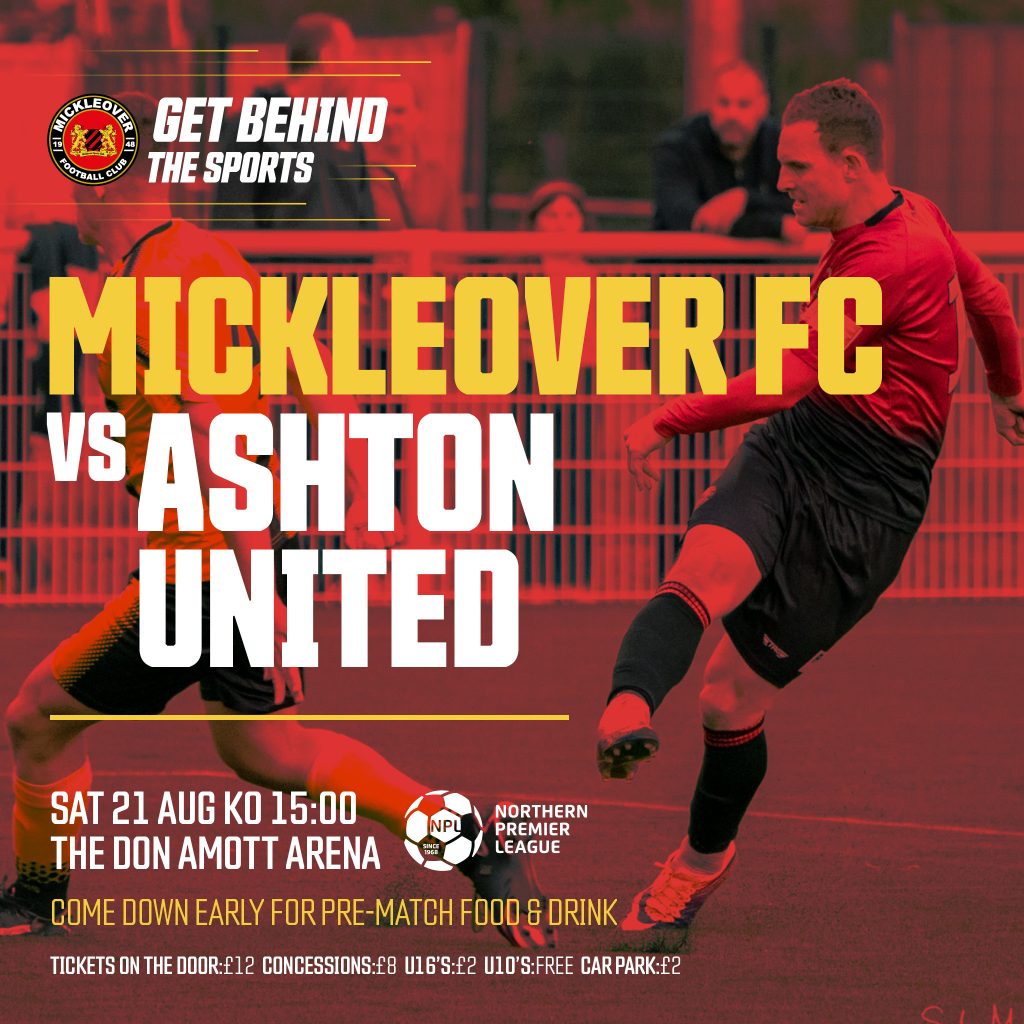 The next visitors to the Don Amott Arena are Ashton Utd, who currently lie fifth in the NPL, after following up their 2-0 win against Matlock, with a 1-1 at Scarborough last Tuesday.

Let’s take a look at their squad, which is headed by first choice keeper, the vastly experienced Greg Hartley.

Hartley progressed through the Manchester City Academy, winning the FA Youth Cup, while playing alongside Kasper Schmeichel and Joe Hart during his time at City.

He spent ten years at City before moving to the US where he plied his trade at Georgia Gwinnett and Chattanooga. Following a seven-year stint in the US, he moved back to England, joining Oldham Athletic in 2017 where he worked with the academy and as a goalkeeping coach.

During his coaching Hartley also played for Tadcaster Albion and Atherton where he worked under Ashton United manager, Michael Clegg for the first time.

Harry Spratt is one of the new signings, having joined pre-season from York City. He was a Manchester Utd junior and then moved onto Huddersfield, before joining York and was also on loan at Scarborough last season.

Also in defence is player coach Michael Raynes. He joined Ashton United in July 2020 after a two-season spell with National League side Hartlepool United. As a d journeyman of professional football Michael came to Ashton with a wealth of experience and knowledge as well as talent.  He played almost 500 league matches at Stockport, Scunthorpe, Rotherham, Oxford, Carlisle and Crewe before joining Hartlepool. Standing at 6”4 Michael is the monster amongst the Robin’s back line.

Centre back Harry Coates is another new signing, having arrived from Scarborough last month. He started his career at York City, before moving on to Harrogate, Tadcaster, and Bradford PA.

Midfielder Chris Rowney was an Oldham Junior, before joining Mossley following his release in 2010. After one season he joined Woodley Sports, before returning to Mossley in 2012. Prior to joining Ashton, he had six seasons at Curzon Ashton and this is his third season with Ashton.

Michael Brewster is another midfielder in his third season at the club. After leaving Oldham as a junior, he moved on via FC United, St Mirren, Colwyn, Skelmersdale, Southport, Shaw Lane, Marine and Droylsden, before coming to Ashton from Atherton Collieries.

He played over 250 games for Atherton and was an essential player for the Colliers, especially in their promotion winning season from Division One West. He was the first player manager Clegg, signed after taking over at Ashton.

Striker Tom Bentham was one of the scorers in their win over Matlock on the opening day of the season. He was a summer 2020 signing, rejoining manager Clegg having tasted success with him at Atherton Collieries. He’s a strong centre forward, having also played at Hyde and Stalybridge.

Centre forward Jack Redshaw was the other scorer against Matlock. Another ex Manchester City junior, he played league football at Rochdale, Morecambe and Blackpool. He also had spells at Altrincham, Salford City, Halifax and York, joining Ashton this summer.

Liam Thomsett is one of the longest serving players, having signed for Ashton in 2017. An ex Blackpool youth player, he made one first team start in the FA Cup, before moving on to Altrincham, Ayr Utd and Hyde on loan.  After a year at Fylde, he was at Curzon Ashton for another two, before his current spell at Ashton.

Harvey McAdam was a former Burnley junior, who joined the Ashton in February 2019 from Nelson FC. After his release from Burnley the young midfielder joined AFC Fylde’s under 18s before moving again to Northwich Victoria.

Another new signing is midfielder Tom Warren. He was an Everton junior until September 2019, from when he joined Warrington, prior to his move to Ashton a few weeks ago.

Theo Hudson is another young midfielder recently signed. He was a junior at Leeds and spent last season at Darlington, before his summer signing for Ashton.

Finally Panos Katsmagkas is another midfielder he came from Osset Utd.