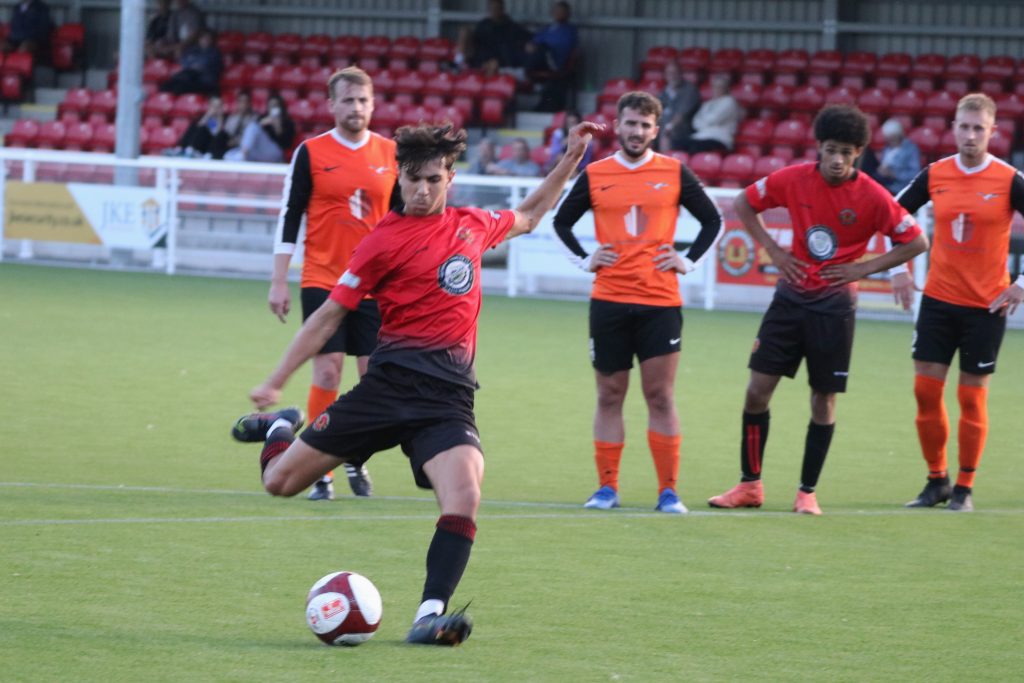 It was hard to even count the seconds before Smith opened the scoring for Mickleover, maybe 10 if we are generous to Hilton, 1-0.

But the visitors tried to respond quickly, with skipper Lewin clearing the danger after three minutes, before the game started to settle.

It could easily have been a second for Mickleover when only the visiting keepers legs saved them , after good ball in from Battisson created Barker’s shooting chance.

A minute later and it was 2-0 after Battisson found himself one on one with the Hilton keeper, before successfully chipping  over his advancing rival. 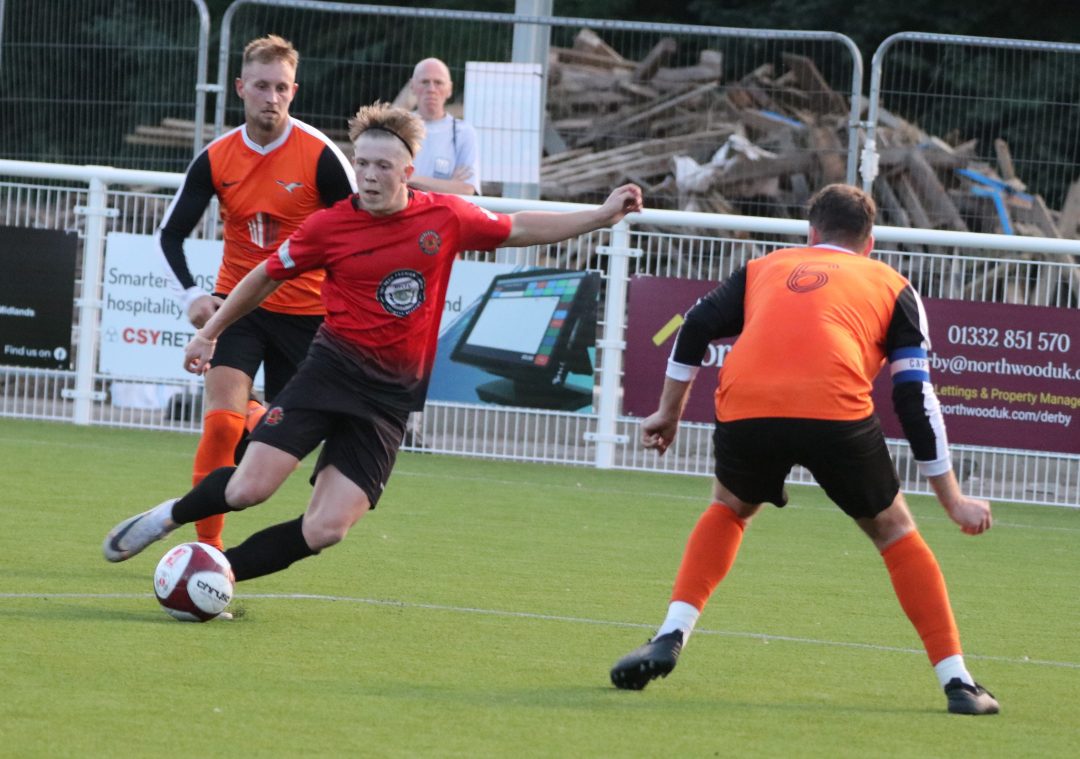 Mickleover were playing the ball around the field with growing confidence, with King and Lewin free to roam on the wings, as Robinson and Mann coped with Hilton’s advances relatively easily.

Edge-Lucas poured loads of energy into his midfield role, while Atwal, Battisson and Benjamin were more tactical in their approach.

Lewin had a shot just wide after 23 minutes, but the ease of Mickleover’s game, with both skill and pace was just too much for the visitors.

Battisson almost sent Barker clear after 24 mins and a minute later after Battisson was fouled on the edge of the box, Atwal’s free kick was well-saved by the Hilton keeper, tipping over for a corner.

King then tried his luck after a slow build up, his shot was just wide too, while only two minutes later he was almost through again, but a last minute tackle came in before he was able to shoot.

After Barker had a shot straight at the keeper well held, Lewin the tested him too with a low drive at the right corner.

But Hilton did get a break after 32 mins forcing Bowen to race off his line to clear the danger, setting up another Barker attack, before the striker lost possession just outside the box. 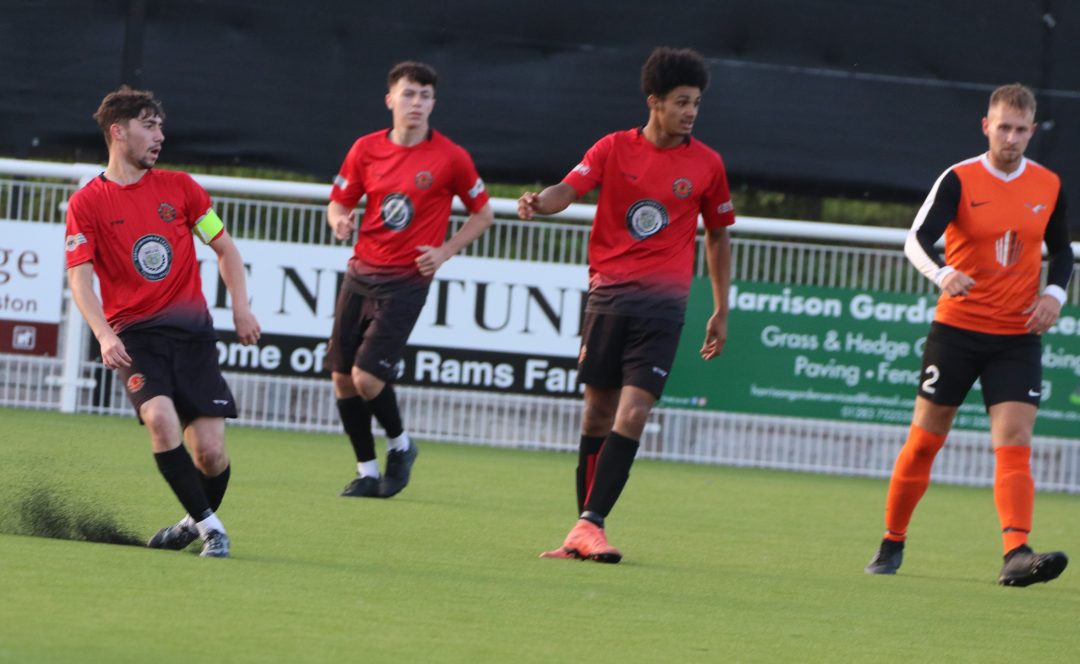 A couple of minutes later and Mann had a shot too, from outside the box he fired just over the bar.

Hilton then had a yellow card after a second attempt to foul Atwal, took the midfielders legs  from beneath him.

Mickleover’s third goal had only been a matter of time and it came after 38 mins, after Battisson hit the post. Edge-Lucas’ shot went close and then after hitting the bar, Robinson made it 3-0 from the rebound. The Hilton keeper must have felt like a ping pong ball, as the shots had reigned in from all angles.

It was nearly half time but still time for one more. Barker had broken through again and hit the post, Edge-Lucas then picked it up and charged for goal, only to brought down for a penalty. Atwal made no mistake from the spot, to send the team in for half time  with a comfortable 4-0 lead.

As the second half got underway, Mickleover were soon on the attack again. Although Barker’s input was more visible, Smith’s play caused havoc for the Hilton defence. 49 mins and he got his second and Mickleover’s fifth 5-0!!

5 minutes later and it goal number six and Battisson’s second. He created his own space with time on his side, before placing a perfectly weighted shot over the top of a dormant Hilton defence into the roof of the net.

Smith’s hattrick soon followed 7-0, before the first of the subs came on with Mills and Elliott for Battisson and Benjamin after 59 mins, with Stevenson soon following.

Hilton had a rare chance after 71 mins, but a clear shot was well wide of Bowen’s goal, but play at both ends had started to show signs of casualness.

78 mins and Smith smashed in another, having been almost unchallenged by the defence, but two minutes later a rare mistake in the Mickleover defence left Hilton clear to pull one back, after Bowen was given no chance at close range, 8-1. 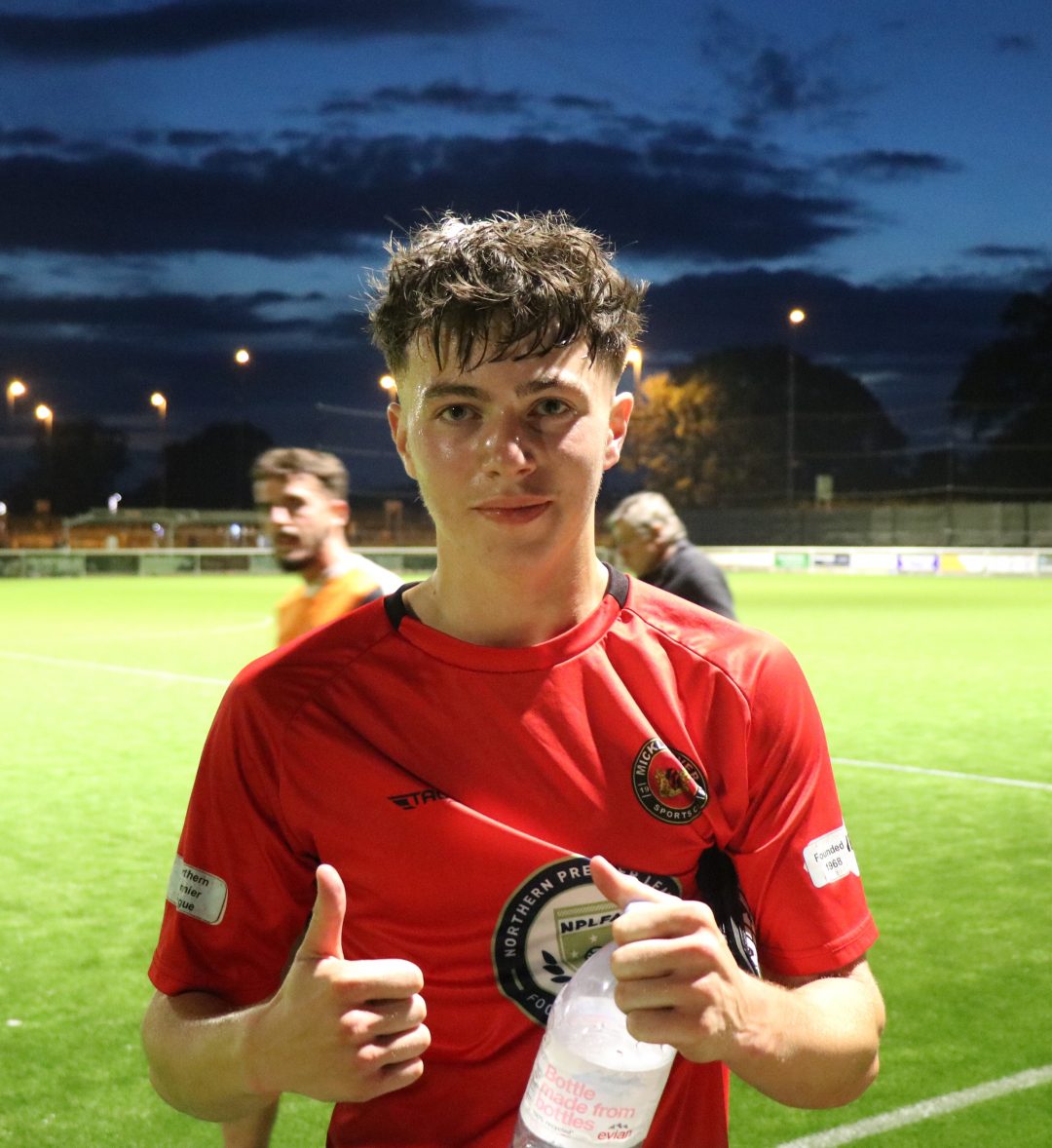 Possible double figures were on the cards and the shots came in thick and fast over the last 10 minutes. Barker shot just over on 80 mins, then Mills similarly seven minutes later.

Hilton had another shot just wide with two mins left, before Smith got his fifth after low cross in from Lewin founds him totally free in space, 9-1. In the final minute he could so easily have had a sixth, but his effort went straight across the front of an open goal.

An outstanding  performance from such a young team, so if you can’t travel to South Shields on Saturday, get down to the Don Amott Arena on Saturday, with Wirksworth Ivanhoe the visitors at 3pm, you are sure to entertained and it’s £4 on the gate!