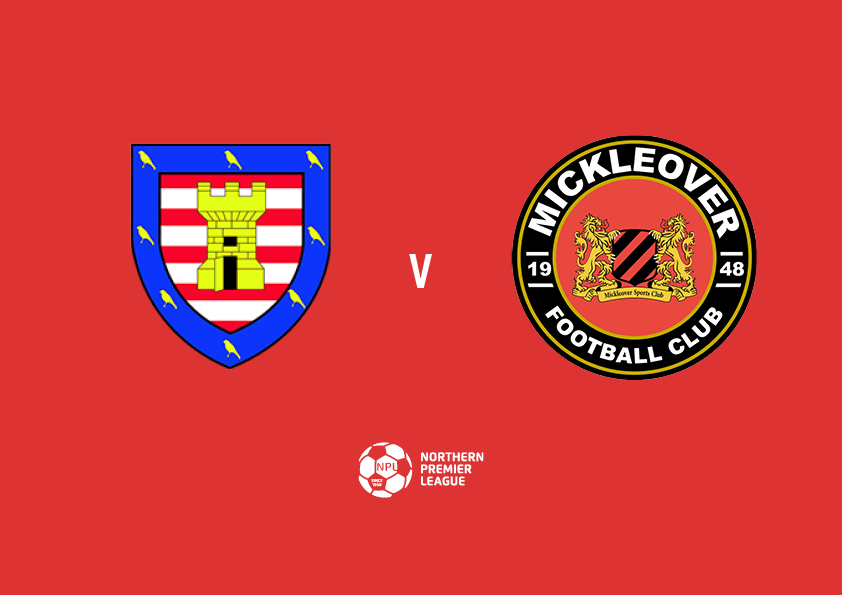 Having secured a valuable point at Stafford on Tuesday evening, it’s long trip for Mickleover this weekend when they visit 10th placed Morpeth Town in the NPL.

Craig Lynch’s side have had a very up and down season after a bad start, to sit mid table for much of the year.

They beat Warrington at home on Tuesday night 2-0 having gone down 2-3 at bottom of the table Grantham only three days earlier.

They have also had recent wins at home to title challengers South Shields and Buxton, but lost to Nantwich.

They have a fairly large squad with Keeper Dan Lowson, who originally came to Morpeth on loan from Spennymoor, but made his move permanent from July 2018. He previously played Ilkeston, Blyth Spartans, Alfreton and Celtic Nation.

Joe Walton is another ex Spennymoor player, having won the FA Vase with the club. A play anywhere versatile sort of player with a good eye for goal.

Long serving defender Michael Turner should reach the 200 appearances mark for the Highwaymen this season. He joined them from South Shields when they were Northern League Division One side.

Defensive midfielder or centre back, Ben Sayer has spent all of his career in the North East. Originally at Blyth Spartans, he came to Morpeth from Spennymoor in November 2014.

Skipper and solid defender Jeff Henderson was a Newcastle Utd youth player, before joining Gateshead in 2011. He then moved to Ireland with Sligo, where he stayed for three years. Back to England with Stobswood, from where he joined Morpeth in July 2018.

Centre back Callum Morris was another Newcastle Junior, who joined Blyth Spartans on his release. A short spell in Spain with Jerez Industrial preceded a season with Hayes & Yeading Utd. But his more recent career has been spent in Scotland, at Dunfermline, Dundee Utd and Aberdeen.

He signed for Morpeth in summer 2020 after three years at Ross County and is capped by the Republic of Ireland at Under 19 and Under 21.

Striker Jack Foalle came to Morpeth from Whitley Bay in October 2018 where he was a prolific goal scorer.

Liam Noble is a midfielder with lots of experience. The former Sunderland youth player had a loan spell at Carlisle before making his move permanent in January 2012. After 99 appearances for the League One side, he joined Notts County in 2014.

After a year at Forest Green Rovers he returned to Meadow Lane, before joining Hartlepool, from where he arrived at Morpeth last season, with over 250 League appearances under his belt.

Striker Liam Henderson is a former Hartlepool and Watford Academy player who played 21 times for Hornets, before loans at Wealdstone, Hartlepool, Colchester, Aldershot and Rotherham, racking up experience in Leagues One and two.

Following his release he joined York City and moved on via Forest Green, Gainsborough and Gateshead and has been at Morpeth since June 2016.

Connor Oliver is a midfielder who started out at Sunderland, and was loaned out to Hartlepool before joining Blackpool on his release. He was then loaned to Morecambe before joining North Ferriby in 2016.

Further moves took him to Halifax and Blyth Spartans, before arriving at Morpeth from Gateshead in August 2020.

Winger or midfielder, Ryan Donaldson came out of the Newcastle Academy, where he captained the Magpies Youth Cup side. He gained League One experience with loans at Hartlepool and Tranmere, before spending the 2012/13 season at Gateshead.

Three years at Cambridge Utd and one at Plymouth Argyle gave him plenty of league experience, before he made his move to Hartlepool permanent. He was a summer signing for Morpeth and played for England at Under 17 and Under 19 levels.

Striker Andrew Johnson is a former Ashington player, who came to Morpeth from Spennymoor in May 2020. He’s scored seven goals for the club since New Year.

Carl Finnigan is another member of the strike force. He was a Newcastle Utd junior after they signed him from Jarrow, but moved onto Scottish football in 2007 for a six year spell.

Initially at Falkirk, he also played for St Johnstone and Dundee before a move to Chippa Utd in South Africa.

After a year at Gateshead he joined Township Rollers in Botswana, but returned to the UK with South Shields in 2016. He finally arrived at Morpeth in December 2019  from Whickham, before his loan became permanent.

Wayne Phillips is vastly experienced winger and a double FA Vase winner, once with Spennymoor and once with South Shields. He started at Blyth Spartans and came to Morpeth from South Shields in June 2017.

Sean Taylor is another experienced midfielder with a long career behind him. He spent his early career at Sunderland and had a loan at Blackpool before taking the first of two career breaks ion 2006.

He then played for Ashington and Amble Utd, before arriving at Morpeth in 2012 after a three-year break.

Winger or defender Stephen Forster is an ex Carlisle Utd and Birmingham City player, who first went non-league with West Allotment Celtic and Hebburn Town, before coming to Morpeth in 2015 from Jarrow Roofing.

Defender Chris Reid is another long serving player having signed from Whitley Bay in 2015/16.

Ben Ramsey is a local talent, already attracting interest from League Clubs. The young defender made his first team debut in February 2020 and scored within seconds. He is and ex Park View Academy player now a regular first choice.

Currently on loan from Gateshead defender Ryan Wombwell is another ex Sunderland Academy player, who has also been on loan at Marske Utd.

Sam Hodgson is a midfielder who came from Shildon in 2018, after starting out at South Shields.

James Anderson is the second choice keeper that arrived from Whickham. He is another ex Park View Academy player.

Signed in November from Chester Le Street young striker Jackson Ward, was previously at Morpeth prior to joining Dunston in 2020.

Bailey Geliher and Noah Millington have only recently joined the first team squad, both products of their own youth set up.

Kick off as usual is 3pm