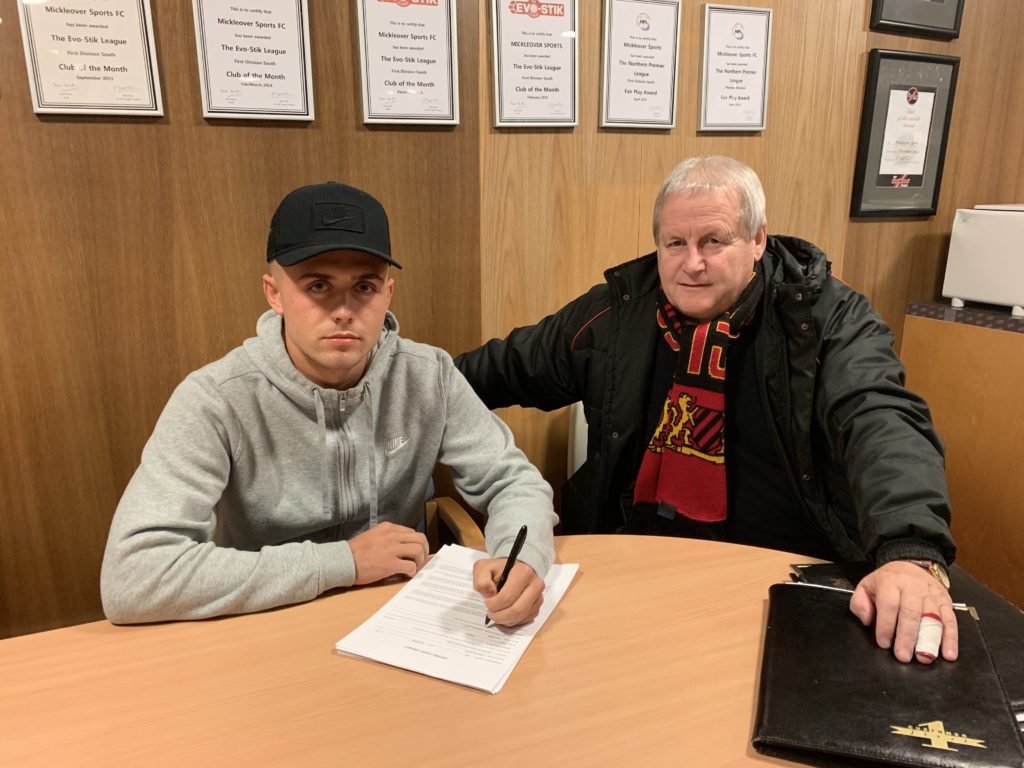 Mickleover Sports are delighted to announce the signing of exciting young prospect Kyle Carey, after waving off competition from Football League and National League Sides.

The attacking midfielder has signed a contract shortly before the game with Belper United and joins Sports from Total Motion Midland Football League side Coventry United.

Kyle has made an impressive start to the season with the Reds netting 10 times in 19 appearances so far this season. He came through the youth team of near neighbours Coventry Sphinx, winning a league and cup double in 2015.

Kyle goes straight into the Sports squad to face Buxton this coming Saturday after putting pen to paper on a contract.

Everybody at Mickleover Sports would like to welcome Kyle to the club and we wish him every success in his time with us.