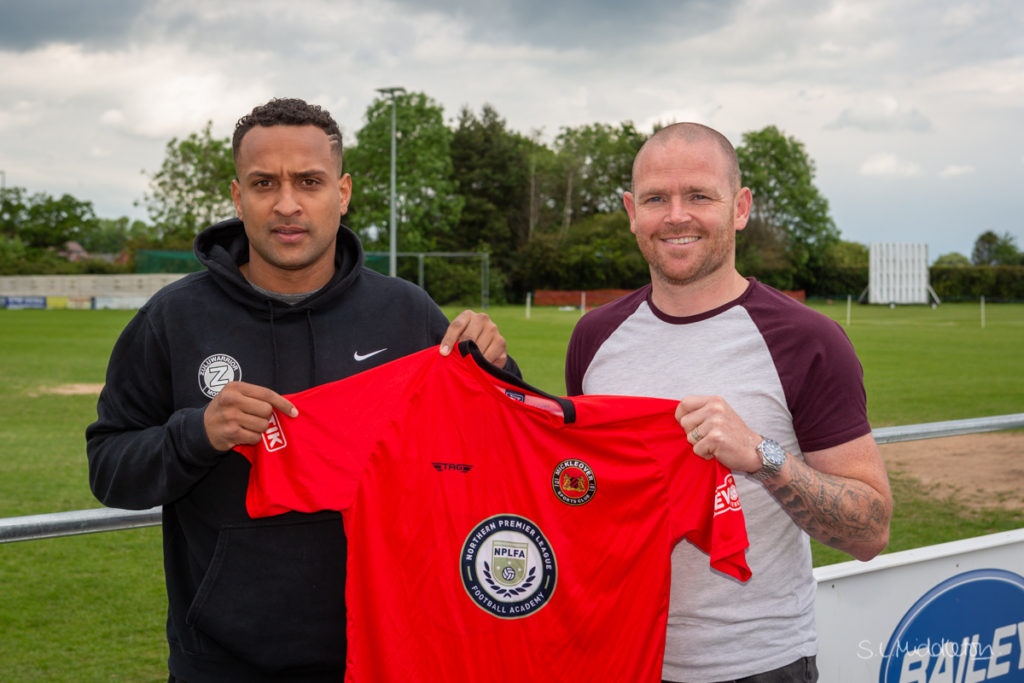 John McGrath has made his first signing of the summer and welcomes Richard Batchelor to the Don Amott Arena ahead of the upcoming 2019/20 season.
‘Batch’ is an all action, combative, aggressive midfielder and brings with him a wealth of experience having played for Stafford Rangers, Stourbridge, Brackley and Redditch, Worcester. City and Leamington. Along with his combative style of play Richard is also a naturally gifted footballer and will fit right in with the style of play manager John McGrath expects from his team.

I am delighted to finally get Richard Batchelor here at Mickleover Sports. He is a player I have admired and tried to get on many occasions and to get him signed is a real statement from us. What Batch will bring to the squad is an unwilting desire to win, whether that be in training or on matchdays, and this desire will set a great example and standard to the rest of the squad. I don’t think people give him enough credit for his ability as a footballer but he is an excellent player and will fit perfectly in to the style of play that I have implemented over the last 3 seasons here at Mickleover Sports.

Really looking forward to getting started with Mickleover Sports. I have known John the gaffer for a while now and we’ve kept in touch over the last few seasons and I am delighted to be joining a team that plays football in the correct manner. I know Pablo Mills and Jack Storer who are current players and having spoken to them and the gaffer the decision was an easy one. I cannot wait to get started in July.