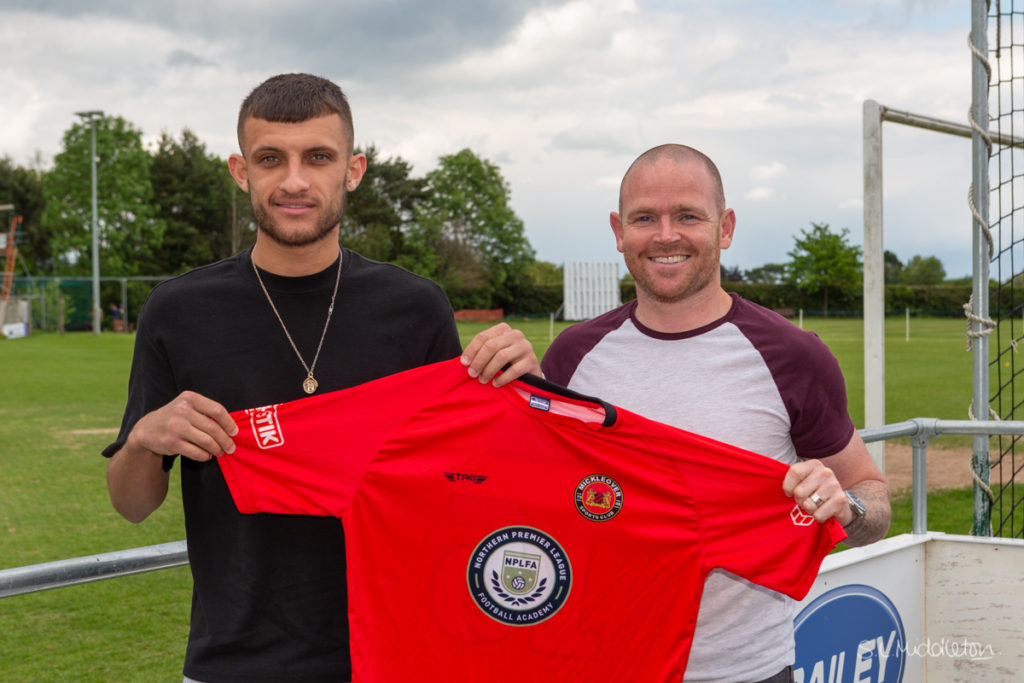 Everyone at Mickleover Sports are delighted to welcome Jack Storer back to the Don Amott Arena. Jack joins us with English football league and Scottish football league experience having played for Birmingham City, Stevenage, Yeovil, Solihull Moors and Patrick Thistle of the Scottish championship. Jack had a really successful end to the 2018/19 season having joined in March scoring 4 in 6 games before injury curtailed his involvement in the final 3 games of the season. He is an exciting attacking player that can play anywhere across the front line and is a player that gets supporters on the edge of their seats with his unbelievable talent. Welcome back Jack.

Now here is a player who I believe will go on to follow in the footsteps of Andy Dales who we sold to Scunthorpe last summer and make a career for himself in the football league.

I am delighted that he has chosen Mickleover Sports. Having been with me for the closing months of last season and speaking to him throughout the summer jack believes we are the right club who play the right brand of football that will get the best from his undoubted talents. He is without doubt one of the most naturally gifted footballers I have had the privilege to play with and also coach and manage.

He is allowed the freedom here to express himself and having a dressing room full of senior players and role models to help him along I can see big things in Jacks future. He is only 21 years of age and definitely a talent we here at Mickleover Sports are delighted to help on his pathway to the football league.