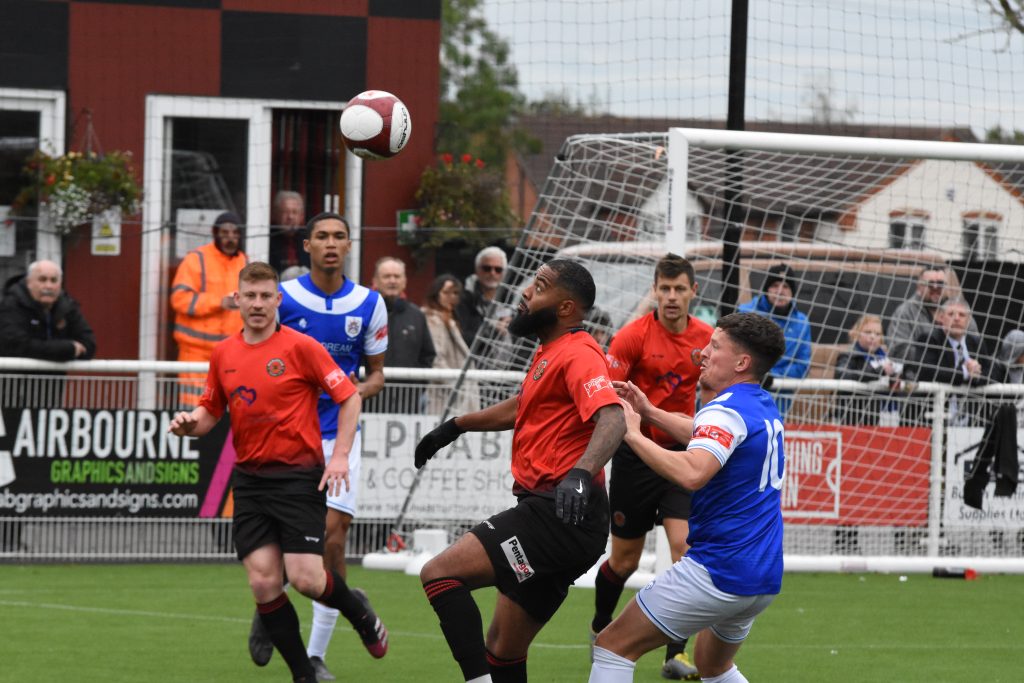 Following their first away win of the season at Atherton, hopes were high of returning to winning ways at home, but it was not to be.

Right from the kick off Stalybridge Celtic were on the attack, with Brogan firing high over the Mickleover bar from the edge of the box, after two minutes.

It was only three minutes later that Dackers went down in the box. The referee said no penalty, but then allowed his assistant to change his mind, allowing Dackers to score from the spot kick 0-1.

Hawkins was in action again after nine minutes saving from Brogan after a questionable free kick.

Dales was then pushing forward for Mickleover and his long range shot after 17 mins was well saved by Huffer in the visitors goal.

There were chances at both ends, with Johnson shooting wide for Stalybridge after 21 mins, before Hawkins had to tip over Brogan’s powerful effort, after a telling pass from Doyle.

But just after the first half hour it was almost level when a Mills header was cleared off the line following a free kick.

After some positive Mickleover attacking, Dackers was on the receiving end of a long cross, placing his header passed Hawkins after 36 mins, 0-2.

Only a minute later Burton made it 0-3 to the visitors when he played through to connect with a low shot into the bottom corner of the net.

With Mickleover continuing to push forward, Warren managed to find Wright in a crowded box, who made no mistake in smashing past Huffer, to make it 1-3 after 40 mins.

As the teams re-appeared for the second half there were two changes in the Mickleover line-up, with Bacon and Haw on for Agustien and Gough.

Only two minutes into the half, the ball landed at Bacon’s feet from a corner, but the defence managed to clear.

Dales then won a free kick, which was given on the edge of the box, which was again thought to have been inside by some of the Mickleover players.

Wright’s free kick was over the bar and four mins later Bacon fired over again, after some casual Stalybridge defending.

Warren went into referee’s book after a foul on the dramatic Dackers, before Sports brought on Arlott-John for goal scorer Wright.

Luck continued to desert Mickleover and after 77 mins Dales tried a long shot, saved at full stretch by Huffer, before Arlott-John’s attempt to collect the rebound was thwarted by the visitors defence.

Hawkins had to pull off another save to keep Johnson out and with eight minutes left, Haw was on the end of a cross from Arlott-John but the keeper collected his effort.

With time almost up Haw hit the post with another header, but time ran out and it was another home defeat 1-3.

Sports are now in 19th place, only a point away from relegation, with two of the teams below us having two games in hand.