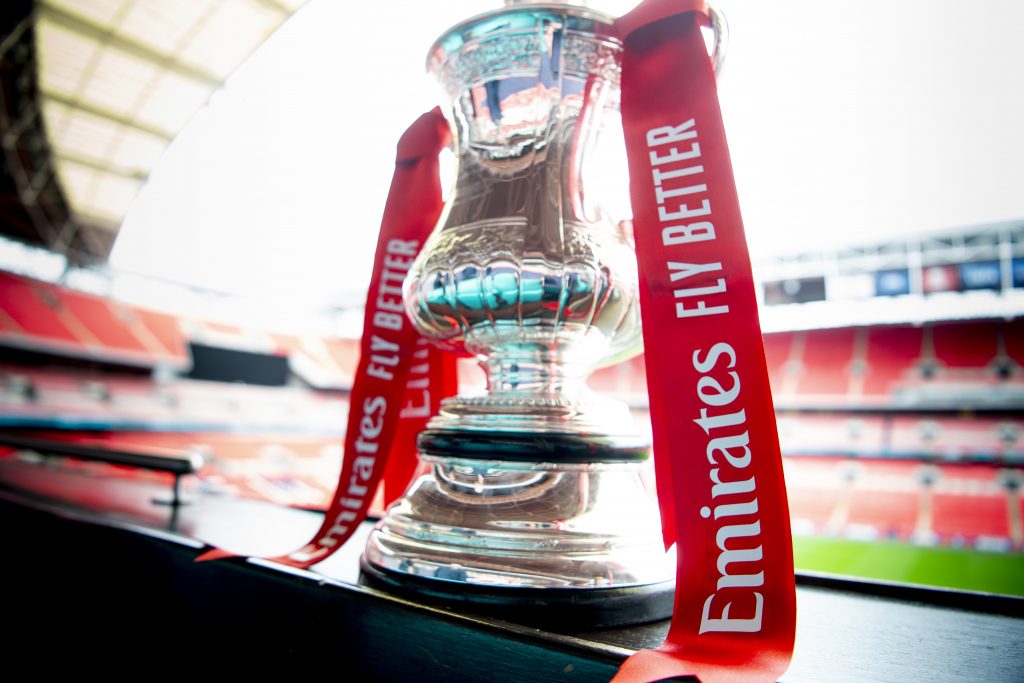 It was disappointing end after a promising start, as Mickleover went down 2-3 to Alvechurch in their FA Cup tie at the Don Amott Arena.

With Mickleover taking the kick off Warren soon put a long ball through just out of Marshall’s reach, but Alvechurch responded with Butler clearing.

Six minutes in and Dales led a good build up, but Marshall’s final shot failed to test visiting keeper Jezeph.

It was fairly end to end with a long Alvechurch build up coming to nought after 11 minutes, when the final pass saw the striker offside, but a following cross from the visitors drew a corner from a Dolan challenge, eventually cleared by Beavon.

Only a minute later Dales, Wilson and Marshall combined, before a ball out to Warren found Mann. He spotted the keeper fairly forward, and sent a chip over his head into the far corner for his first senior goal 1-0.

Both Dolan and Marshall were fouled in close succession, but neither free kick proved positive. In the 22nd minute however Dales was fouled just outside the box and Wilson beat the four-man wall into the keeper’s top let hand corner, 2-0.

Beavon was then brought down on the edge of the box after 26 minutes, but nothing was given.

Hedge had to collect an Alvechurch cross from the right on the half hour, but Mickleover went close again after 33 minutes. A Warren corner was headed clear, before the ball fell to Wilson whose shot was only just over the bar.

Alvechurch went onto the attack with more effort in the final 10 minutes of the first half, Butler and Watt had most of it covered and Bateman was looking strong just in front of the two centre backs.

But the defence was breached after 37 minutes, prompting Hedge to charge off his line to intercept at the strikers feet.

Marshall then had a good solo run, cutting in from the right, before he was blocked and earned a corner.

Warren had pot from well out and was just wide of the mark, before Alvechurch followed similarly a minute later.

Then a Beavon turn sent Marshall through but his path was blocked again.

Alvechurch had three late chances to pull one back before the interval, one from a corner that missed everyone, the second was just over from long range and the third was wide from the left, while Warren almost put Beavon clear, but was just offside.

Although Alvechurch hadn’t played badly, Mickleover gave them little space in midfield and started the second half similarly.

Only two minutes after the restart Marshall had a great chance after Dales cut in from the right, but he gave the keeper an easy save.

Bateman was yellow carded a minute later, before Dales taunted the defence then crossed for Mann to go close again.

Dales was tearing the visitors right hand side apart as Mickleover looked even stronger than the first half, with Beavon inches from collecting a Dolan cross.

The home defence showed a sign of weakness as the hour mark approached, but the visitors failed to take their chance with a shot well over.

After Alvechurch made two substitutions, they earned a free kick after 56 minutes, Hamilton stepped up and fired high into Hedge’s left-hand corner 2-1.

Almost from the kick off Sports were beaten down the left, with the cross earning another corner. But they came back strongly with Marshall earning a free kick after being pulled back. Butler then came up for the kick and earned a corner, which was easily cleared.

In the 66th minute the referee gave Alvechurch a most innocuous penalty, which Hedge saved with a dive to his right. But in the scramble that followed, sub Waldron collected the ball to make it 2-2.

Seven minutes later and Waldron was on the score-sheet again. A cross from the visitors left found Waldron by the far post and made it 2-3.

Davidson-Miller was on for Marshall as it was now Mickleover seeking the equaliser.

Alvechurch were now chasing every ball, just as Mickleover did for the first 66 minutes, but Davidson-Miller headed into the side netting from a Mann cross for Mickelover.

Sports were pushing everything into the visitors box, Mann had a cross or shot taken by the keeper on his line and Davidson-Miller was fouled after a good turn but nothing given.

Mann then headed wide from a late free kick and finally Dales shot wide into the side netting after a late foul on Mann.

So the 2-0 lead became a 2-3 defeat and the FA Cup dreams are over for another year at the first hurdle.