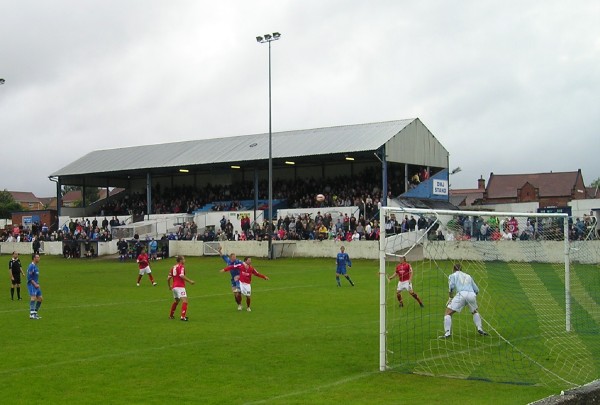 THE OPPOSITION:
The Blues had a fantastic season in 2017/2018 as they finished 3rd in their respective league, only to fall to eventual Play Off Final runners up Stamford as they lost 2-1 at home to the side from Lincolnshire in the semi final.

This season though Frickley have strengthened and brought together a very good side of players which will be looking to go one better this year and aim for the league title.

TEAM NEWS: Sports boss John McGrath will have a similar squad to the side that beat Handsworth Parramore 3-0 in their last outing. With one extra Trialist who will be involved in the squad.

GOING TO THE GAME:
Kick off is at 7:30pm at the Westfield Lane Stadium, Westfield Lane, South Elmsall, WF9 2EQ. With the game being Frickley’s community game admission prices are set at a donation of your choice so please give generously to a great cause.

NOT GOING TO THE GAME:
Then don’t worry, Press & Media Officers Sam & Kerry Goldsworthy will be there updating you via Twitter, Facebook & of course will have Reaction on Mickleover Sports TV (YouTube) after the game.