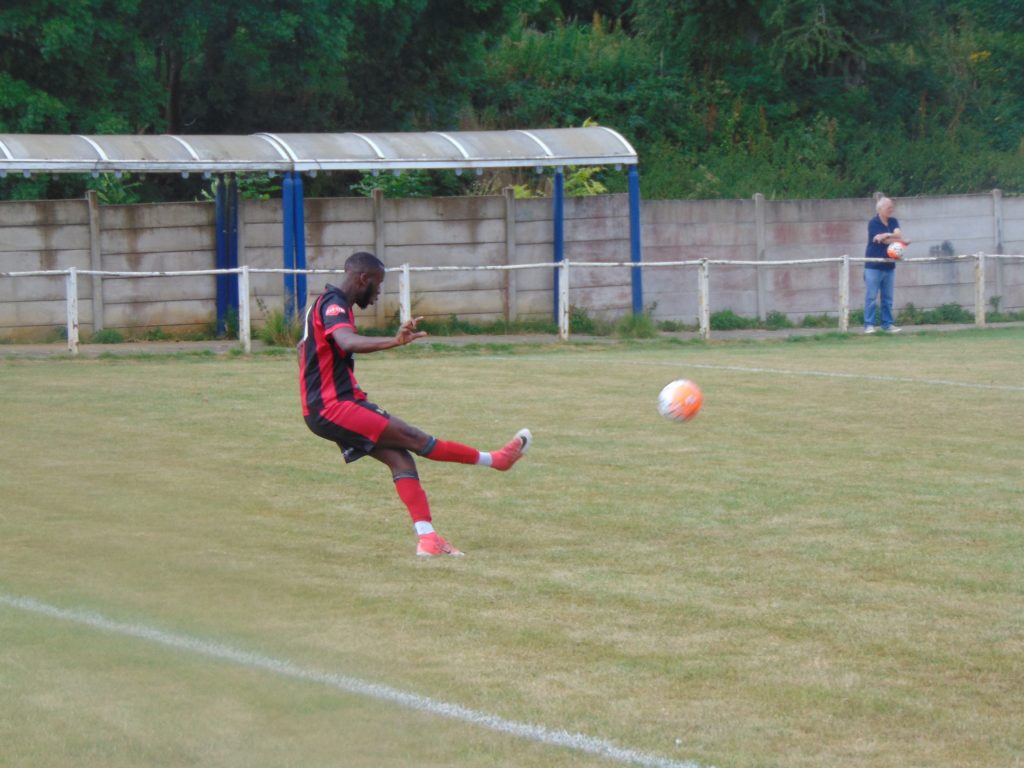 Dave Mackenzie’s depleted reserve side came away with plenty of positives and things to work on after falling to a 4-1 preseason defeat to East Midlands Counties side Teversal. A crass on the A38 earlier in the day meant kick off was delayed by 15 minutes as some of Sports didn’t make it to the ground until very late in the warm up. But they did not let this affect them as they showed promise against a very strong and well drilled Teversal side who will definitely be up there challenging come the end of the season.

Goals from Lewis Brown, Danny Fletchers and Matt Wilkinson saw Teverseal run clear ahead before Sports forward Keldon finished off a lovely move to pull a goal back for Sports with 20 minutes or so to go in the match. A missed penalty meant the score stayed at 4-1 right at the end but just as you can’t read too much into wins in preseason, the same goes for losses and with many players unavailable through injury, the side can be proud of their efforts going into their next friendly against Midland Football League Division One side Stapenhill FC next Saturday

Teversal took the lead on 7 minutes as a good cross in from Danny Fletcher found Lewis Brown towering above the Sports defenders and into the top right hand corner past Max Bennett in goal.

The hosts doubled their lead on 38 minutes when a free kick into the Sports box was not dealt with which after a commotion inside the penalty area allowed Danny Fletcher to prod home under Bennett and into the goal.

On the 59th minute the Tevie Boys made it 3-0 as Sports were attacking. Teversal countered after winning the ball back and played in Brandon Clarke down the right hand side at speed. Clarke crossed low and hard towards Danny Fletcher who notched his second with another neat finish into the net.

The fourth goal was rather unfortunate on the 68th minute as what looked like a comfortable save from a tamed shot turned into another goal. Max Bennett took his eyes off the ball as it came towards him from Matt Wilkinson and it slipped from his hands and into the bottom right corner.

But Sports didn’t let their heads drop as from the restart a lovely high speed move saw Sports et a goal back. A lovely finish at the back post after a ball into the box found Keldon and the Sports striker didn’t waste his chance as his powerful strike from close range ended up into the net.

It could have been five as Sports conceded a last minute penalty but Brandon Clarke stepped up and sent his effort high and wide out of the ground which resulted in the final whistle being blown.

A real hard but positive test for the Sports Reserves can only benefit the in the build up to their Central Midland Football League Division One South campaign as they now move onto to the game at Edge Hill to play Burton-on-Trent based side Stapenhill on Saturday 28th July, 3pm KO.