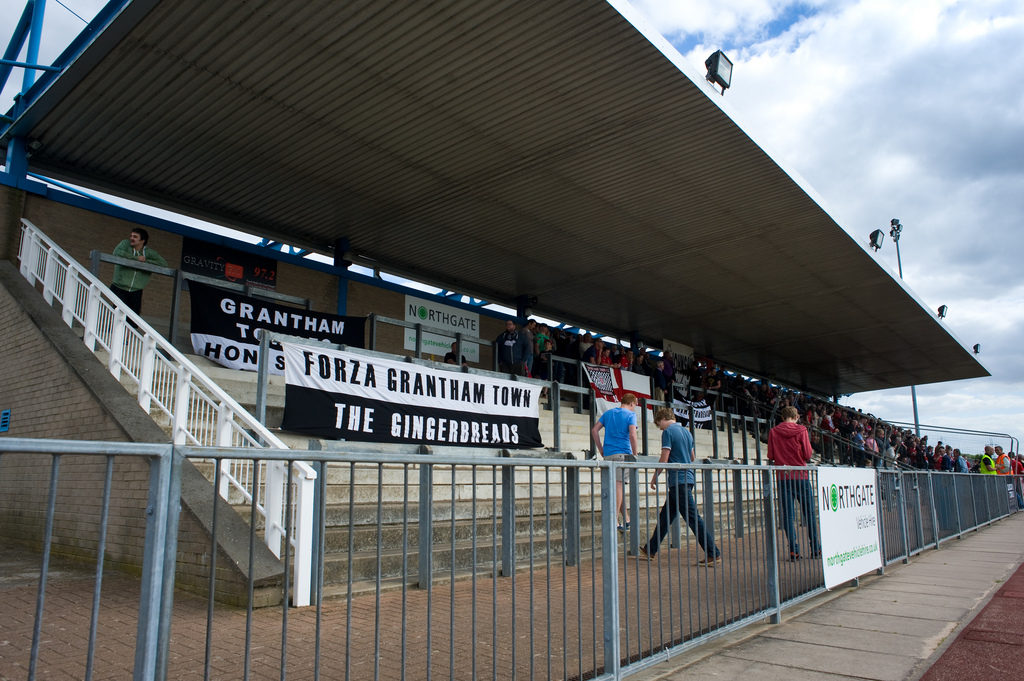 Mickleover Sports go back on their travels this Tuesday night as they make another trip to Lincolnshire to face the Gingerbread Men of Grantham Town. Grantham were last seasons play off runners up losing to Ashton United in the final. This will be a very tough game for Sports but one they need to pick some points up from in what is a very congested and action packed month of the season. Grantham will still be hurting from that play off final defeat and will be looking to go one better this time around and claim promotion to the National League North. After a very good start to the campaign so far, this looks like a realistic target for the side from Lincolnshire.

LAST TIME OUT
It was three points for the Gingerbread on Saturday as they won 2-0 at Marine. Goals from Ross Barrows and Michael Hollingsworth from the spot saw the points come back to Lincolnshire. Grantham Town sit 9th on 8 points having won two, drawn two and lost only one. Sports of course come into the game after the 3-1 home defeat to Buxton, with Evan Garnett netting his second of the season for Sports.

SPORTS TEAM NEWS
Sports look set to be without the defensive duo of Pablo Mills & Kevin Grocott after the pair were injured by Buxton FC in the last game. Niall Doran is still out with the injury picked up at Stafford Rangers. This means former Gingerbread Curtis Burrows looks set to start against his former club. Everyone else should be available for selection for boss John McGrath.

GOING TO THE GAME?
The game is a 7:45pm Kick Off on Tuesday 4th September. The game is at the South Kesteven Sports Stadium, Trent Rd, Grantham NG31 7XQ. Admission prices are 12 pounds for adults, 8 pounds for concessions, four pound for 13-18 year olds with under 13’s FREE. Match Programmes will be on sale at the turnstile with hot and cold food and drink available from the catering outlets. There is a large two tired seating stand on one side of the ground with a large terrace located on the other side of the running track.