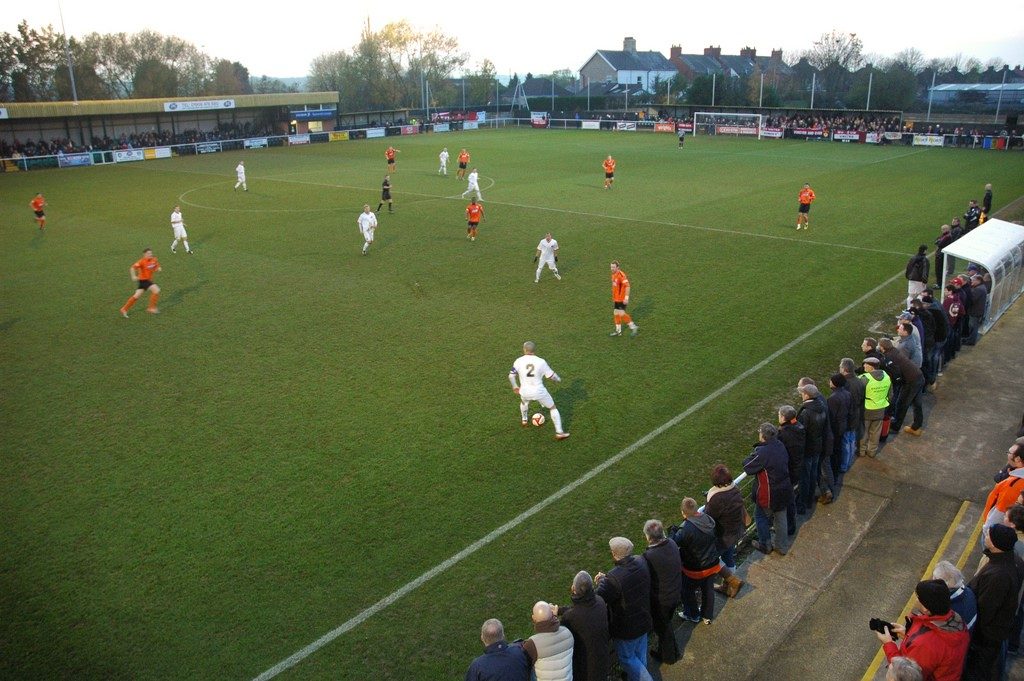 After two successful home pre season wins against Football League teams both resulting in victories, Sports now head on the road for a run of four away matches. The first being a trip up to the town of Workshop in Nottinghamshire to take on Step 5 side Handsworth Parramore tomorrow night (Tuesday 17th July 7:30pm KO). This will be a much sterner and different test for John McGraths side, playing away from home in unfamiliar surroundings against a very good Step 5 side who finished fourth in their respective league last season.

For those who may not have heard about Handsworth Parramore, here is some background information on our hosts on Tuesday night.

History:
The club was established in 2014 as the result of a merger between Handsworth and Workshop Parramore. Work on the merger had begun in 2013 and was finalised the following year. The new club took Worksop Parramore’s place in the Premier Division of the Northern Counties East League. In their first season the club won the League Cup, beating Cleethorpes Town 4–3 in the final, coming back from 3–1 down with six minutes remaining.

Ground:
The club currently owns two grounds – Sandy Lane in Worksop and Olivers Mount in Handsworth. Sandy Lane was built in 1992 as a new home for Worksop Town, but the club was evicted from the ground in 2008. Parramore Sports subsequently bought it, with ownership transferring to Handsworth Parramore after the merger in 2014. The ground currently hosts first team matches in the Northern Counties East League, and is also rented to former owners Worksop Town.

Olivers Mount was the home ground of Handsworth, but it failed a ground grading test in 2012 which resulted in the club being relegated from the Northern Counties East League. The ground currently hosts the clubs’ reserve matches in the Sheffield & Hallamshire County Senior League, as well as youth team games.

Sports Team News:
Not much to report on this front, a similar squad is expected to travel to Handsworth with no real injury scares picked up over the two games last week. Expect a few Trialists to feature as well.

Not going to Handsworth?
If your not making the trip to Handsworth tomorrow night then Press & Media Officers Sam & Kerry will keep you updated via our Twitter & Facebook accounts with post match interviews/reaction available on our new Youtube Channel, Mickleover Sports TV, after the game.