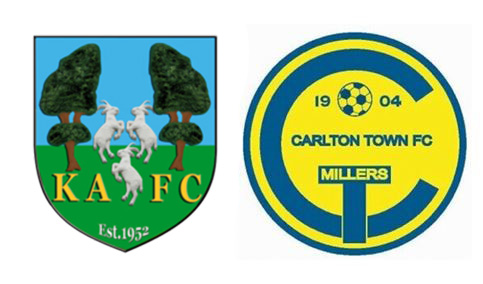 It’s another two games in two days affair for Sports as they play two games with second one beginning not even 24 hours after the first one. On Friday night John McGrath will take his side across to Staffordshire to face old Burton Albion team mate Ryan Austin who’s team are also in preparations for their season in the new Division One West League of the Northern Premier League. Then we head over the other end of the A50 a mater of hours later on Saturday to Nottinghamshire to face Carlton Town as they also prepare for a new league in the Division One East of the Northern Premier League.

Were you happy with the Huddersfield Friendly?
“Yes delighted with the performance from all involved. Our work rate was exceptionally good and we played the game at a very high tempo. Another game unbeaten and that’s great to take in to the next two games and obviously into the start of the season”.

How good will it be to see Kidsgrove manager Ryan Austin on Friday night?
“It’s always great to see my old team mates and Ryan was and still is a great pal of mine. He’s doing a great job at Kidsgrove and I am looking forward to seeing him Friday night”.

What would you say are your best memories of playing alongside Ryan at Burton?
“Ryan had unbelievable pace and a rocket of a right boot and was always one to give 100% and was a pivotal part in our conference winning team and established himself as a regular stater in our league football campaigns”.

What kind of test will both Kidsgrove & Carlton give your side a week before the season?
“It will be a different test to what Huddersfield posed us. They will be physical and aggressive and I except both teams to compete for a full 90 mins. It will be a great ending to our pre season campaign playing teams only one division below us”.

Will you be splitting the sides like you did for RBL & Heanor or differently this time?
“I am going to speak to our club physio Jake Shaw and assess and monitor who is 100% fit for the games. Obviously the most important thing is players are ready for the 18th August away at Staylebridge Celtic so I’ve not finalised the squads just yet”.

NOT GOING TO THE GAMES?
Then don’t worry, Press & Media Officers Sam & Kerry Goldsworthy will be there updating you via Twitter, Facebook & of course will have reaction on Mickleover Sports TV (Youtube after the game).