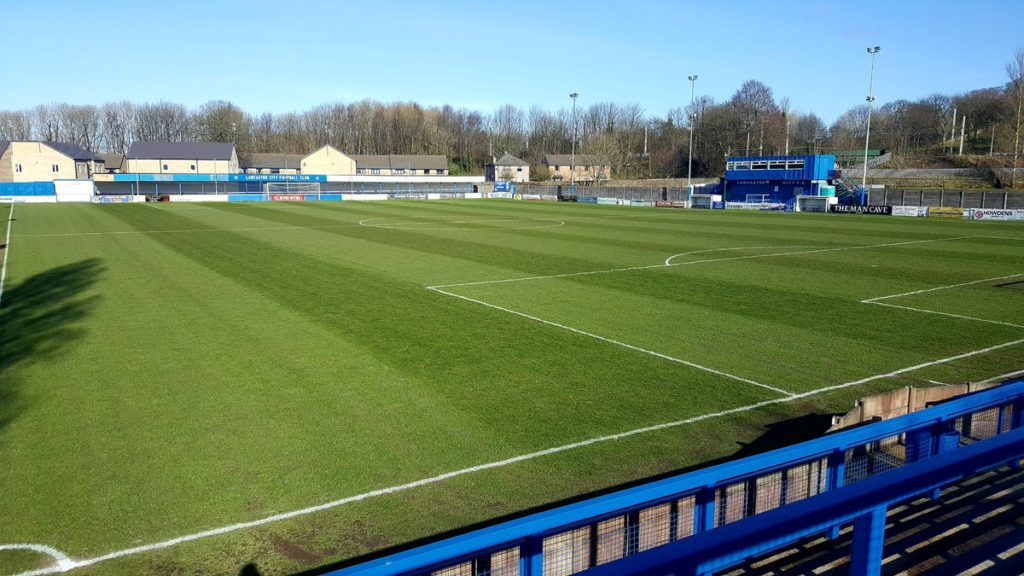 After successfully negotiating their way into the Derbyshire Senior Cup Final on Tuesday night, John McGrath’s in form Sports side now turn their full concentration back to league matters as they face a trip up the M6 for a very important Evo Stik League match. Like Sports Lancaster City have been struggling down in the lower reaches of the division for most of the season. This saw the Lancashire outfit in the relegation places for most of the early part of the season. After the club lost five of its first six games, Phil Brown resigned as first team manager after three years at the helm and former Nelson and Ramsbottom United manager Mark Fell was appointed as his replacement in October 2018. After a mini resurgence the club have since fallen back into the relegation picture and now sit 18th, one place and two points below Sports, so this is certainly a crucial game as we move into the final four months of the league season. But with Sports recent form they will have plenty of confidence they can pick up a positive result if they keep their recent high standards up to where they have been to in recent games.

LAST TIME OUT
A Robert Wilson penalty after five minutes was all that Lancaster City needed last Saturday to beat fellow Derbyshire side Matlock Town 1-0 in the Dolly Blues last match. Sports last match was of course the 4-1 win over Clay Cross Town in the Derbyshire Senior Cup Semi Final, with a Nathan Jarman penalty and another goal from Shaquille McDonald sending Sports through to face Matlock Town or Alfreton Town in the final.

SPORTS TEAM NEWS
For probably the first time since the start of the season John McGrath has a full squad to choose from. Lewis King, Ricky Ravenhill, Shaquille McDonald and Evan Garnett has recovered from their recent knocks and all should be available, however it is expected that Callum Hawkins will remain in goal. It is unknown if any more of the Czech Derby Uni Students have returned to join Adam Prusa in the squad.

GOING TO THE GAME?
The game is taking place at The Giant Axe Field, West Rd, Lancaster, LA1 5PE. Admission prices are set at £10 Adults, £7 Concessions/OAP’s/Students, £5 for 14-17 year olds and Under 14’s are FREE with a full paying Adult . Match day programmes as well as hot and cold food and drink will as always be available inside the ground with alcoholic beverages available inside the clubhouse. Match day parking is available in the ground and, in dry conditions, on the playing field adjacent to the ground free of charge to all supporters. If the car park is full, exit the ground to the right to search for a spot in the near-by housing areas and roads. These areas and roads do not require a permit to park. If you would prefer not to drive we do have spaces on the team coach leaving the Don Amott Arena at 10:15am costing £10 a seat. Ring Tony Shaw on 07966 197 246 to book.

Don’t forget that we will also be doing live match commentary on Mixlr during the game. Either download the app or go onto the website and search for Mickleover Sports. Once the broadcast has gone live at around 2:50pm click listen and you should be able to enjoy full match commentary. You can access our page by clicking on this link… http://mixlr.com/mickleover-sports/