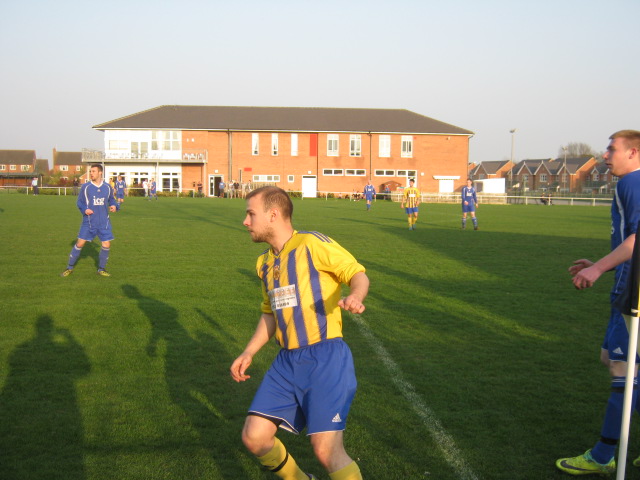 With five games played with five more to go, Sports are now half way through their Pre Season schedule as they now prepare for two games in as many days. Heanor Town await on Wednesday night, but first it’s the 1.4 mile drive to Poppyfields to take on our friends from Mickleover Royal British Legion FC, or RBL as they are better known.

Mickleover RBL currently in the Abacus Lighting Central Midlands League South Division alongside fellow Derbyshire clubs such as Holbrook Sports, Hilton Harriers and Pinxton. They finished a respectable 9th place last season. The club was one of the founder members of the Step 7 league in 1983.

The clubs home is Poppyfields Drive which is also home to the Mickleover Branch of the Royal British Legion. The club run many fund raising events for the fantastic charity including Casino Nights, live music & comedy and many more events which are well worth a look at if you live in the local community.

Sports Boss John McGrath should be back this week after being away over the weekend and is likely to look to the Academy and Reserves to cover the two games in as many days. It is unclear so far as to who will play in which game but more than likely will be split into two. Pablo Mills could return if selected as the defender missed the game at Worksop with a twisted ankle. The former Rams defender was the only injury concern going into this week, everyone else should be fit if selected.

GOING TO THE GAME?

The game is taking place at Poppyfields Drive, Mickleover, Derby, DE3 9GB. As you head north on Station Road, turn right onto Western Road then as you travel down this road heading east Poppyfields Drive will be on the left. Head down to the bottom of this road and after a slight left you will see the Royal British Legion building in front of you with the pitch just behind. There is plenty of room for car parking.

NOT GOING TO THE GAME?

Press & Media Officers Sam & Kerry will be there keeping you updates via our Facebook & Twitter accounts as well as a Photo Gallery available on Facebook and post match Interviews available on Mickleover Sports TV after the game.