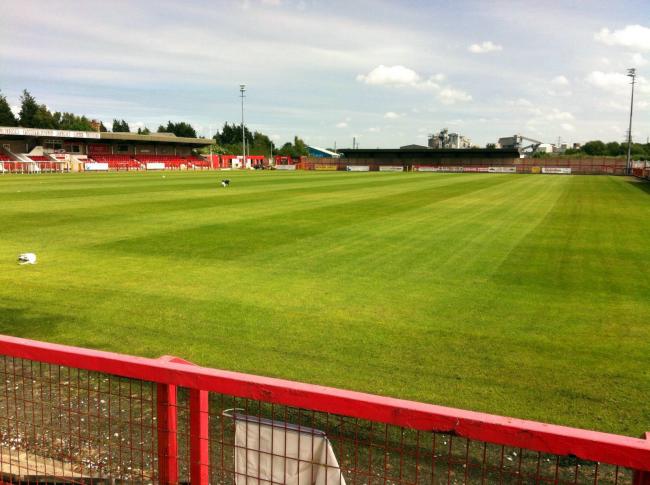 Mickleover Sports will be looking to get over the injustice of their FA Cup exit this coming Tuesday as they turn their focus on getting their league form back on track. Sports travel to 16th placed Witton Albion knowing that a win in Cheshire would move them level on points with The Albs. After two consecutive away league defeats and still no league away win all season, John McGrath will no doubt be wanting to pick up their first away win but the lads will know that Witton will be buzzing after their FA Cup win at the weekend so will prove a very tough test. Of course it is still very early days with plenty of football to be played but both winning and losing can become habits and Sports will need to reverse the current trend in order to avoid having to keep looking over their shoulder at the teams below inside the relegation zone, with Sports sitting only one place above the dreaded drop.

LAST TIME OUT
Witton Albion caused an FA Cup upset on Saturday as the beat National League North Side FC United of Manchester 2-1 at Broadhurst Park. Goals from James Foley and Robert Hopley cancelled out Jack Bannister’s goal to see Witton through to the 4th Qualifying Round. It was a 2-1 scoreline was well for Sports at the weekend but a loss instead as McGrath’s side went out to Alfreton Town in the same competition.

SPORTS TEAM NEWS
Once again Niall Dorran is missing through his long term injury. Pablo Mills looks back to full fitness and Kevin Grocott may feature after coming back from his own injury problems. Everyone else remains fit and available for selection.

GOING TO THE GAME?
The game is taking place at Witton Albion’s Wincham Park, Chapel Street, Northwich, Cheshire, CW9 6DA on Tuesday 9th October at 7:45pm. Admission prices are £10 for Adults, £7 Concessions, £5 for Young Adults (17-21) and £2 for Under 16’s. Match day programmes as well as hot and cold food and drink will as always be available inside the ground with alcoholic beverages available inside the clubhouse. Car Parking is also available on a first come, first served basis.