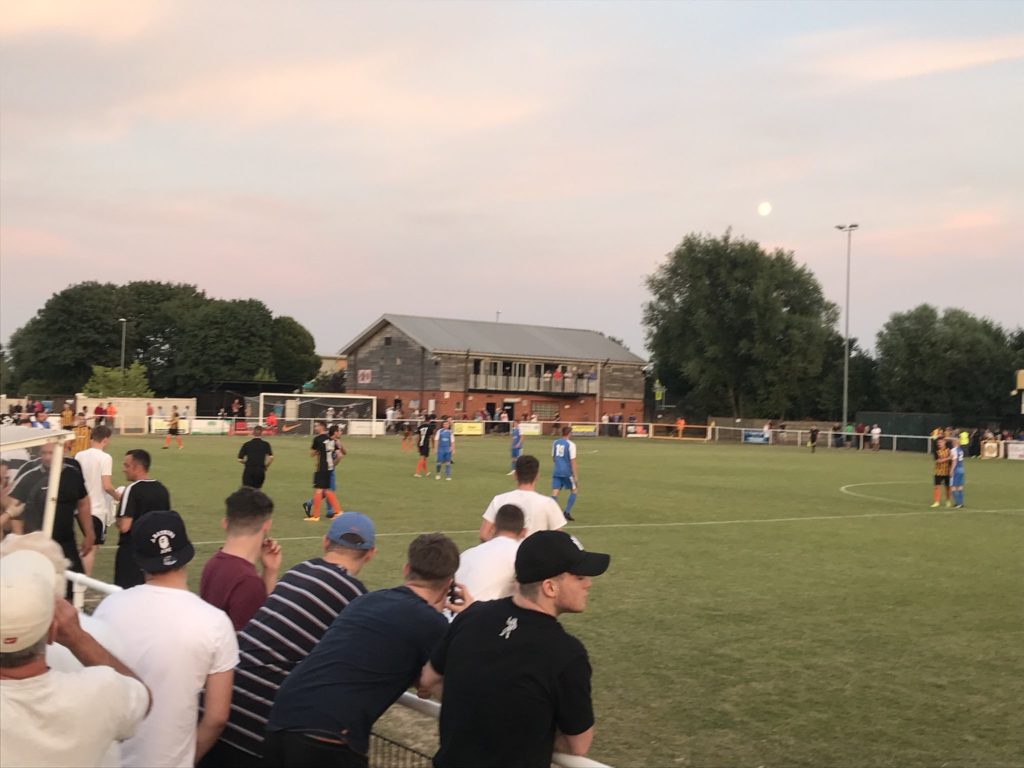 It will feel like De Ja Vu on Friday night as Sports return to Sandy Lane to take on a side in a Step 5 league playing in Amber & Black. But not Handsworth Parramore, this time it’s their tenants Worksop Town. After a cancellation Sports have stepped in to provide the opposition for Worksop Town, as well as to add another chance for match fitness ahead of the new season for Sports.

THE OPPOSITION:
Worksop Town currently play in the Northern Counties East League Premier Division at Step 5, the same league as their Landlords Handsworth Parramore. However they have been as high as the National League North as recently as 2004 in which they were founder members. But they only lasted three years in the division before being relegated back to the Northern Premier League, and it was around this time that the club fell into financial difficulties and lost ownership of their home ground at Sandy Lane, being forced to rent the grounds of Hucknall Town, Ilkeston Town and Retford United for three years.

In 2011 the club finally returned to Sandy Lane, but this time as tenants of Worksop Parramore (now Handsworth Parramore), who had bought the ground and allowed the Tigers to play there. The 2013–14 season almost saw Worksop clinch promotion back to the Conference North but they were beaten in the league play-off semi-finals. At the end of the season the owner revealed he would no longer be funding the club, plunging Worksop into a financial crisis, and shortly afterwards the decision was taken to resign from the Northern Premier League and join the Northern Counties East League (NCEL), entering the NCEL’s Premier Division where they have remained since.

TEAM NEWS:
Sports are expected to have a full squad available for the return trip to Workshop, with new signing Oli Roberts expected to play another big part in the game after an impressive debut in the 4-0 win over Frickley Athletic. A number of Trialists who have been training and playing for Sports this pre season are all expected to feature at some point during proceedings.

NOT GOING TO THE GAME:
Then we will keep you covered, Press & Media Officer Sam Goldsworthy will be there updating you via Twitter, Facebook & of course will have Reaction on Mickleover Sports TV (YouTube) after the game.