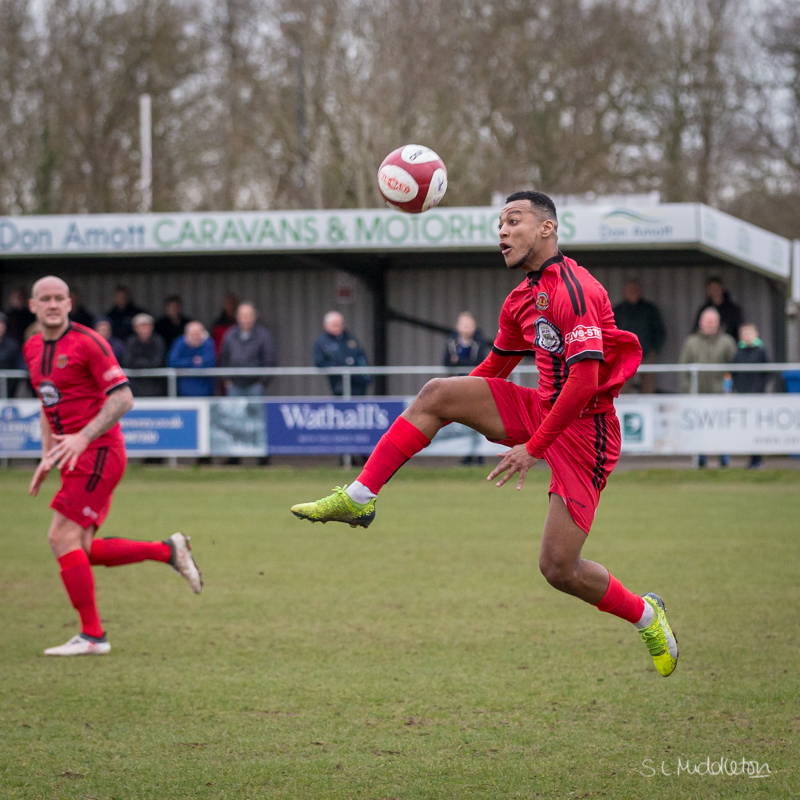 Sports are over the moon to have retained another outstanding performer in Durrell Berry, who gives his all, week in, week out.

I’m delighted to sign for another season with Sports.

Last season was a tough one for all involved at the club, which I feel we should never have been in the situaton we found ourselves at the end of the season, but that’s gone now and I look forward a new season and most definitely pushing for promotion with the squad the gaffer is looking to build.

It was easy for me stay for another season not just because it suits me location wise but the way the manager works and likes us to play football is by far the most enjoyable, challenging and rewarding way to work and play football.

An absolute gem of a player to work with. Should still be playing league football in my opinion and is he a massive coup for our club Mickleover Sports.
Durrell joined us mid season last year and was instrumental in our league survival. Equally comfortable at right back or centre back I have not seen or played with a better 1 v 1 defender in my 20 year career. I am absolutely delighted to have retained Durrell for the upcoming season.