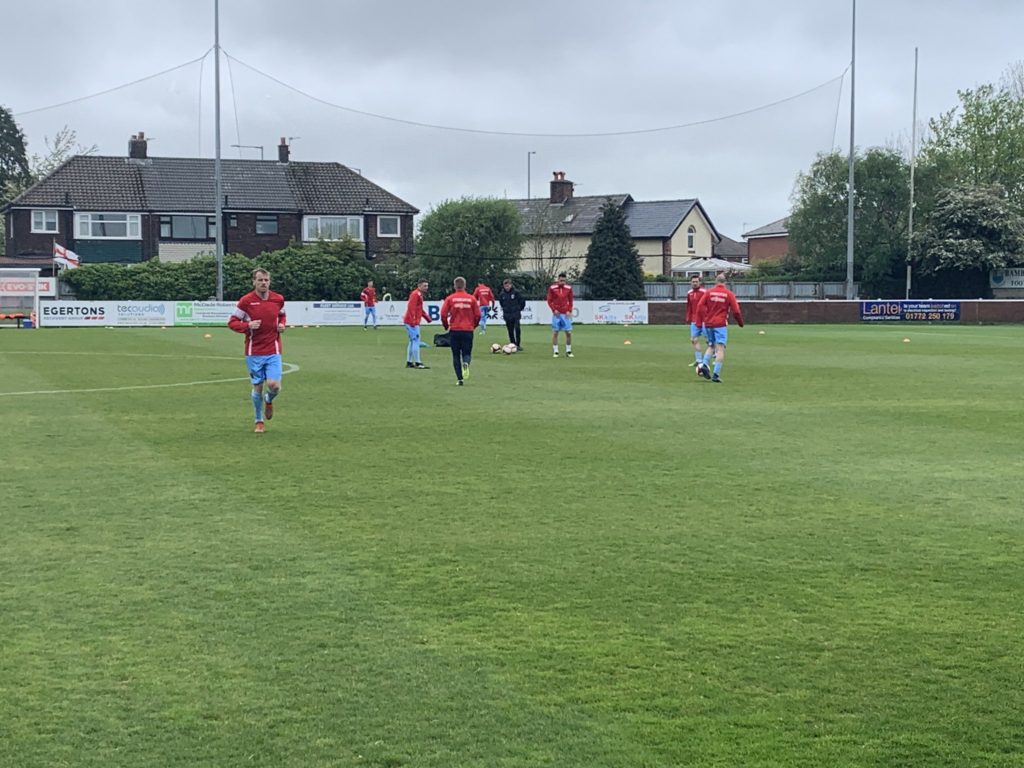 It was a day of every emotion possible for everyone connected at Mickleover Sports as goals from Shaquille McDonald and Evan Garnett, coupled with Marine losing at Farsley Celtic, ensured Mickleover Sports came from behind to survive on the final day of the season.

Sports line up with Lewis King in goal. A back four of Jake Scott, Durrell Barry, Ben Turner and Mason Warren. A midfield four consisted of James Baxendale, John McGrath, Ricky Ravenhill and Jimmy Phillips. Up front were Evan Garnett and Pablo Mills. On the bench was Karol Tvaroh, Adam Prusa, Shaquille McDonald, Jack Walsh and Will Norcross.

It was a fairly even first half period but it was Bamber Bridge who went ahead a few minutes before half time. A free kick was floated nicely into the box and as Lewis King came flying out of goal to punch it, in came Danny Forbes to head into the bottom left corner.

At half time the message came through that Farsley Celtic were beating Marine 1-0. So John McGrath decided to take off Ricky Ravenhill and bring on striker Shaquille McDonald to add more attacking flair. This did the trick as about 74 minutes in to the match Sports were awarded a penalty after Jake Scott was brought down on the edge of the box. McDonald showed nerves of steel as he powered the ball down the middle into the roof of the net to set up a tense finish.

Sports knew now that with Farsley beating Marine 2-0 and down to 10 men that a winner would keep them in the Premier Division. That all important goal came six minutes from time through striker Evan Garnett. A Shaquille McDonald free kick was whipped in over the bar and the Bridge keeper palmed the ball straight into the path of Garnett who slotted in under the keeper and into the bottom corner to spark wild celebrations both on the pitch and in the stands.

After a nervous and anxious final few minutes which included Bridge sending their keeper up for a free kick in stoppage time, despite not having anything to play for, the final whistle brought scenes of joy and jubilation among players, coaches, officials and fans alike as Sports had done it. Thanks to Marine losing, Sports got the win they needed t stay a Step 3 club for another season.