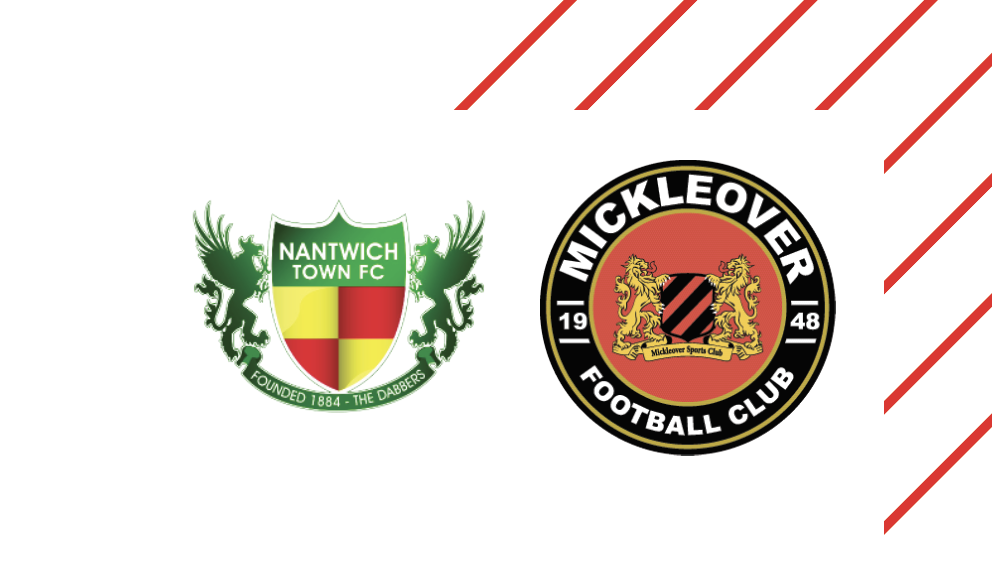 They opened their home League season strongly, with two successive home wins, 3-0 against Stalybridge Celtic and 2-1 against Buxton, having drawn 1-1 at FC United on the opening day.

Since then they have had two further draws 1-1 at Scarborough and 2-2 at Warrington, leaving 13th in the table, still undefeated.

In the FA Cup they knocked out Tividale 4-1 and Barwell 1-0, before going down 4-1 away to Marine.

First choice goalkeeper Greg Hall is a four-time North West Counties League Goalkeeper of the Year. He was signed in summer of 2019 from Witton Albion, after keeping nineteen clean sheets in forty appearances. He has also played for 1874 Northwich and Glossop North End, the latter of which saw him make an appearance at Wembley in the FA Vase final.

Right back Mike Koral came from Winsford United midway through the 2018/19 season. Originally a striker, he successfully converted to right-back during last season. He has also played for Congleton Town.

Defender Matty Devine was another summer 2019 signing, an attacking full-back, he started out at Marine in a role further forward. He then joined Evo-Stik Division One side Burscough, impressed and was picked up by Witton Albion. Three successful seasons at Witton preceded his move to Nantwich.

Joel Stair is another versatile defender who came from Hanley Town in September 2016.He can play at either right-back or at centre-half, being equally comfortable at both positions. In 2017 he was voted the Player of Year and now in his fifth season at the club.

Defender Josh Langley started his career as a Wigan Junior, before coming to Nantwich via Fylde, Southport, Altrincham and Guiseley in July 2019.

Ben Harrison is in his second spell at Nantwich. The defender was first signed in August 2015 from Telford, but after three years he moved to Altrincham, returning in June last year.

Ghanian born midfielder Prince Haywood Prince joined the club early into 2020 from Radcliffe, a player who can play both in the centre of midfield and at right-back. He previously played in Italy and has had spells with Stalybridge Celtic, Colwyn Bay and Witton Albion.

Caspar Hughes came from Fylde AFC before the start of the 2017/18 season, for his second spell with the Dabbers having played for them in the 2012/13 season.

Having started with Crewe Alexandra, making a few first team appearances, he was loaned to Chasetown and Nantwich, before his release from Crewe at the end of the 2011/12 season. He joined Nantwich on a permanent basis, moving on to Fylde at the start of the 2013/14 season, he helped them achieve promotion from the Evo-Stik Premier League. He could well make his 200th appearance for the club by the end of the season.

Connor Heath is another former Crewe junior. The teenage midfielder has had loans at Witton and Colwyn Bay before his release, and joined Nantwich in August this year.

Sean Cooke is the clubs longest serving player, who began his career at Crewe Alex too. After trials at Blackburn and Wigan he came to Nantwich for the 2011/12 season, before joining AFC Fylde in 2013. He was NPL Premier Division Player of the Year award and then joined AFC Telford.

Returning to Nantwich on loan in late February 2015, he then joined FC United at the start of the 2015/16 season, but after being released returned to the Dabbers under former boss Phil Parkinson.

Yet another ex Crewe junior, Striker Callum Saunders has returned to Nantwich from Curzon Ashton. He had signed professional at Crewe in June 2014, making his Football League debut in the August. Moving to Notts County after Crewe released him in 2017, he then came to Nantwich on the eve of the 2018/19 season.

He is also a Welsh international having played for both the country’s U19 and U21 sides. He is the son of former Welsh International Dean Saunders.

Reserve keeper James Hawkins is a graduate of Nantwich’s own Academy, having also spent time with Newcastle Town, where he won the Sentinel Cup in 2015-16 and 2016-17. He made his first start for the first team in 2019-20 away at Basford United.

Irish midfielder James Lawrie started as a Port Vale youth player. He moved to Telford in 2010 after a loan at Kidderminster, then spent almost six years at Altrincham. In 2016/17 he was at Hednesford, where he stayed until signing for Nantwich summer of 2018. He has played twice for Northern Ireland too in 2009/10.

Zambian midfielder and winger Joe Mwasile began his career at Morecambe, making 30 first team appearances in a three-year, which included loans at Workington, Altrincham and Barrow.

After going to Workington permanently, he moved to Burscough, Salford City and Marine, before his first spell at Nantwich in 2016/17. A brief spell at Warrington followed, before returning for his second spell with the club at the beginning of October 2017.

David Webb is another midfielder who started at the club in 2019-20’s pre-season series, having left Spennymoor at the end of the previous season. He has also played for Marine and the Royal Air Force’s side.

Oliver Pope is another striker who has come through the teams reserve side.

Striker Scott McGowan was signed from 1874 Northwich last month, the 33-year-old striker arrives at Nantwich having scored a club record 128 goals in just 189 appearances in just over four seasons with the Mid Cheshire club. He previously played for Congleton Town.

Luke Walsh is another striker, who came from Eccleshall in the North-West Counties Football League in 2018/19. He is another product of the Crewe Alex Academy and also played in the Manchester City youth set-up.

Kick-off is 7.45 and it could well be the last game for a while due to the National Lockdown.