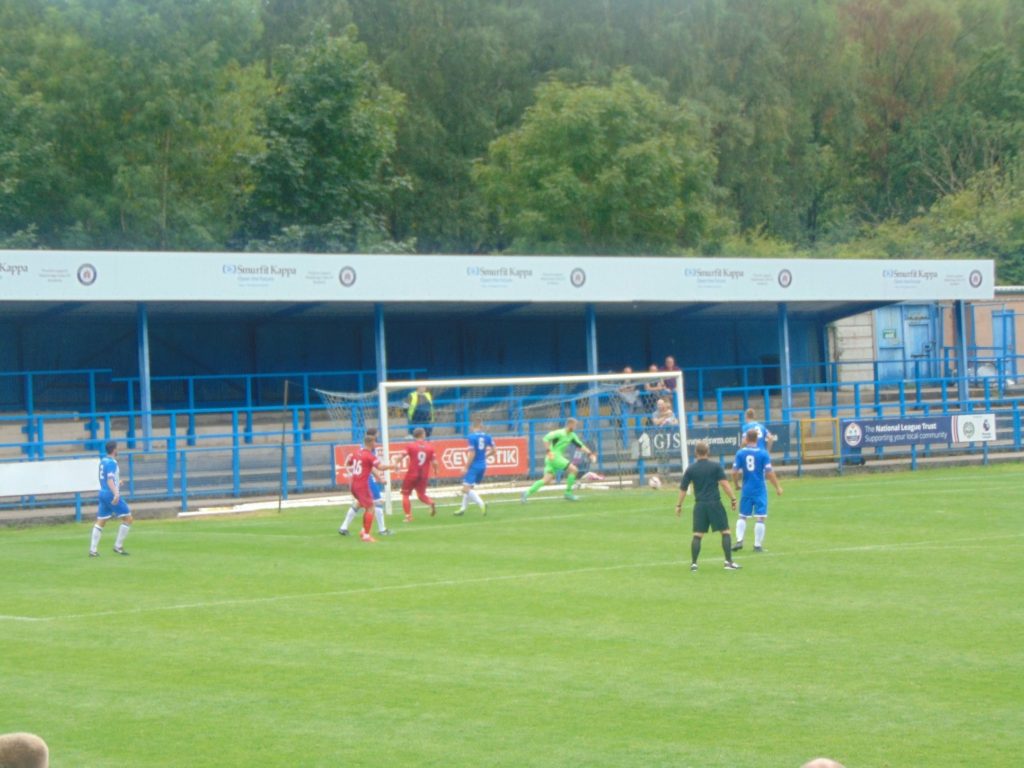 Mickleover Sports got their season up and running with a goalless draw on the road at Stalybridge Celtic on Saturday. In what turned out to be a very open and competitive game, both sides went out to attack with both sides having chances to break the deadlock. But it wasn’t meant to be as both sides took a share of the spoils to get their league campaigns off to a solid start.
Sports boss John McGrath handed three full debuts in his first line up of the season. Lewis king remained in goal with a back four of Kevin Grocott, Tom Burgin, Pablo Mills and Ben Turner. A midfield five consisted of Jake Scott and John McGrath holding with Oliver Roberts, Niall Doran and Jimmy Phillips playing behind Nathan Jarman. On the bench saw new boys Curtis Burrows, Isaï Marcelia and Mason Warren joined by Will Norcross and Evan Garnett.

Michael Clarke and Scott Bakkor had the first two efforts for the home side in the first 10 minutes. Sports first real chance developed after lovely build up play saw Phillips effort blocked before Turner put an effort wide from the resulting rebound. New boy and former Celtic player Oliver Roberts then had two great efforts to score against his old club later in the half. Firstly a low drilled effort went wide of the right hand post before a great free kick from Mills nearly found Roberts inside the box. Another Sports new boy Niall Doran then had two great chances before the half time break. A header from a Phillips cross was put wide then followed up by a blocked effort in the final minute of the half.

John McGrath decided to take himself off at half time and was replaced by Evan Garnett who slotted into a wide position in midfield. As like the first half, the hosts made the better start. Greg Wilkinson struck an effort over the bar before a second effort was blocked wide for a corner. Oli Roberts had the next chance after another cross from Phillips but the strike was over the bar. Both Garnett and Jarman went close before the best chance to break the deadlock fell to Roberts again. The young midfielder broke down the right wing with incredible pace, cut inside, and curled an effort towards goal but was saved by the Celtic keeper.

Sports then made their second change as one debutant made way for another as Niall Doran was replaced by Curtis Burrows. Nathan Jarman then had a volley cleared off the line which then fell nicely to Burrows but his effort was over the target. There would be one more chance for Sports with only two minutes remaining of normal time. A looping cross from Phillips nearly caught out the Celtic keeper but the ball dipped just wide of the right hand post. The final Sports change saw Jake Scott come off with a minor injury and replaced by new signing and former Rotherham United left back Mason Warren. The final chance of the game fell to the hosts in the ninety-fifth minute which could have won the game, but a fantastic save from former Celtic keeper Lewis King saw the Sports keeper keep hold of his clean sheet. This brought an end to the game as Sports recorded their first point of the new season. Boss John McGrath will now look to build on the hard earned point with a tough looking trip to relegated Gainsborough Trinity on Tuesday 21st August, 7:45pm KO.