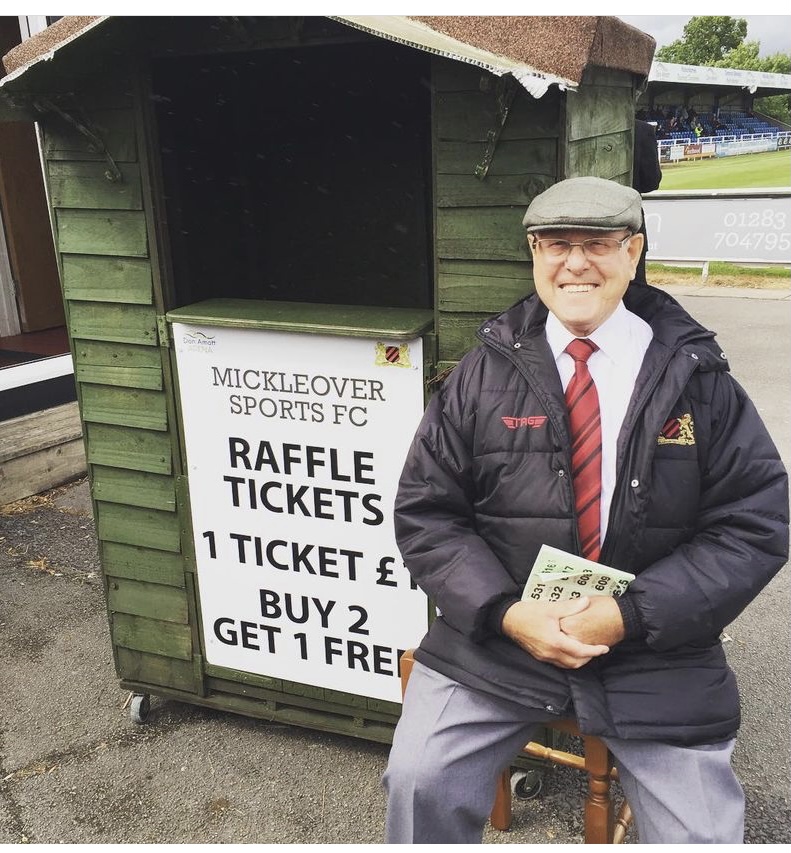 Mickleover FC have announced the passing of their popular committee man, the ‘Raffle man’, Alan Brown.

Brownie as he was known as, passed away on Saturday after a battle against Cancer. Anyone who visited Mickleover will remember him at the gate selling his raffle tickets with quotes such as ‘have a go, your mother did’.  His shouts from the stand ‘come on Sports’ could be heard all over the ground.

Visitors Stourbridge even made up a song ‘there’s only one Murray Walker’ due to a resemblance to the Formula 1 commentator.

Past players have inundated the club with messages of goodwill to a very popular character- a true ‘football man’.

Brownie will be greatly missed by everyone at the club.