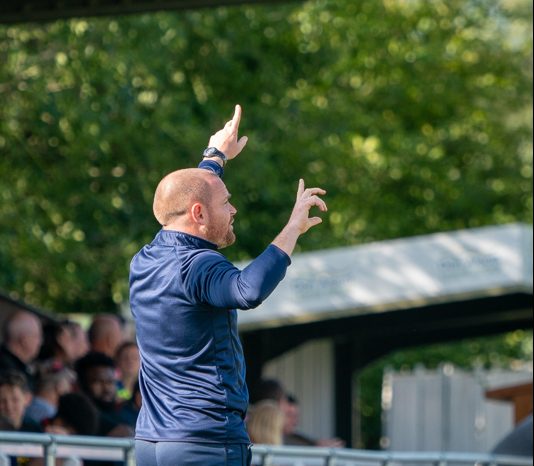 With Covid restrictions and Lockdown’s having forced an early cessation last season, Mickleover boss John McGrath had to consider future recruitment in a different way to his normal plans.

It was my idea to run trials, based on my own experience 10 years ago. I was playing at Burton and was invited to coach for a day at Halifax, for trialists to win a contract and I think we found them two players from it.

Usually the talent scouting had been by watching other matches, but with no games from March onwards, John decided to use the same trial system himself.

I had to adjust the policy and decided to have the trials, with Stuart Beavon and Pablo Mills helping me run it.

There were over 40 players who signed up for the two day evaluation sessions.

We looked at each player physically, how they coped with pressure of football, had small games and scenarios and some technical stuff too, before a full game on the Sunday.

But was the weekend a success?

I was optimistic that we would find someone, who maybe could make it at the level we needed and the standard was good. We knew nothing about their backgrounds before they arrived and ages varied from young teenagers to players with experience in their 30’s. It was a great success and that’s why we are looking to repeat it this summer too

16 year olds Bobby Battisson and Louis Pennington both came from the trials and as well as studying at the clubs Academy, have become regular reserve team players and have made first team debut’s too, after playing successfully as part of the first team squad in pre-season.

Also from the trials has come right back Larell King, Derby born, but after six years at Burton Albion’s Academy, he was previously at Mansfield Town last season and is now a member of Mickleover’s successful reserve side.

Look out for an interview with Larell coming soon …