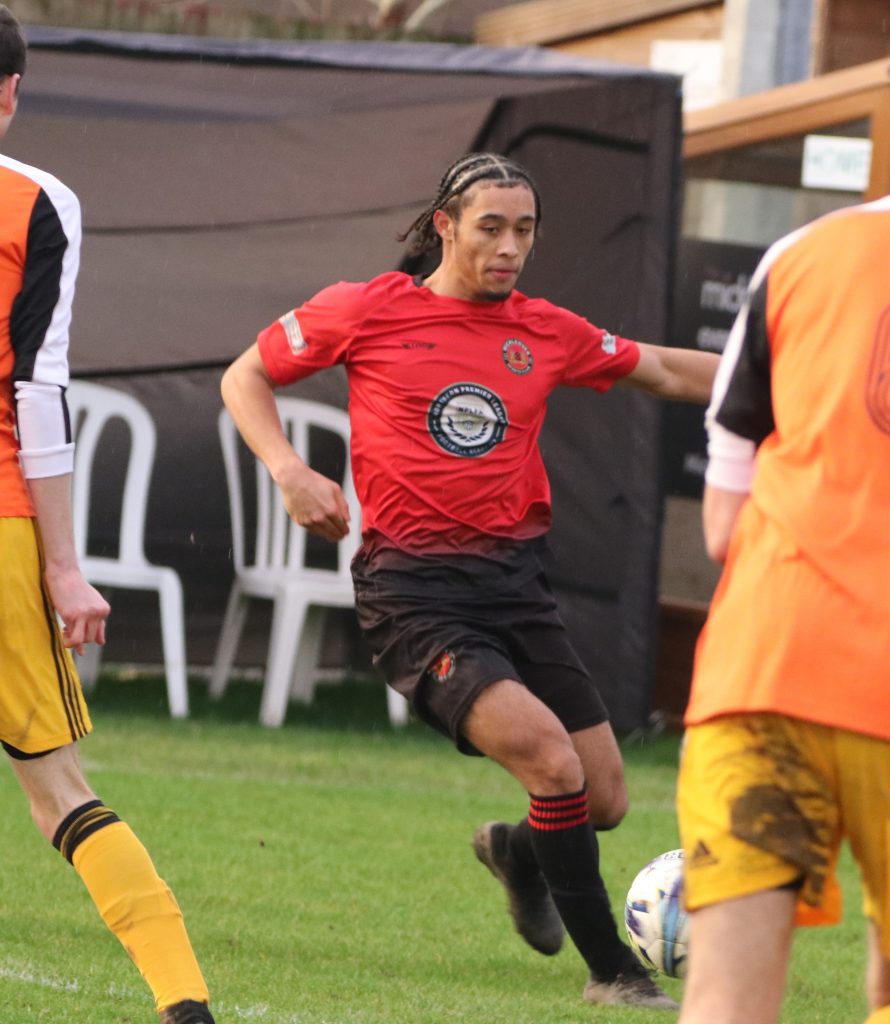 For those of you who haven’t got along to any of the Central Midlands League South matches with Mickleover Reserves, the name Larrel King might not be familiar?

The Derby born defender is one of the success stories of manager John McGrath’s summer trials and is now a regular member of the successful reserve team.

After five years at Burton Albion’s Academy, he had spent the last two years as part of Mansfield Town’s under 18 side.

Mansfield then disbanded the team following the first Lockdown,

I can’t say that was the main decision why I left them, but it didn’t help.

So at 19 years of age he was left with his football aspirations on hold.

I had spoken to someone I knew from Mansfield, who was now at Long Eaton Utd, but apart from that I hadn’t made any moves to stay in football until I saw the Mickleover trials advert.

Larell didn’t know that John and his colleagues Stuart Beavon and Pablo Mills weren’t aware of his background.

I was nervous before I arrived, but convinced myself that I was going there to prove my ability. I stayed positively minded and it worked me as I was selected.

His strong overlapping runs from right back has been one of the highlights of the reserves season so far.

I think I have been playing well, but my aim is the first team, as I wanted to try and go higher and set myself targets.

Seeing himself in the same style of play as England’s Kyle Walker, his main aim at present is keeping fit during the further Lockdown.

I am going for runs, doing solo skills training and have some gym equipment at home too.

So let’s hope we can all watch Larell’s career progress in the red and black of Mickleover, in the not too distant future.