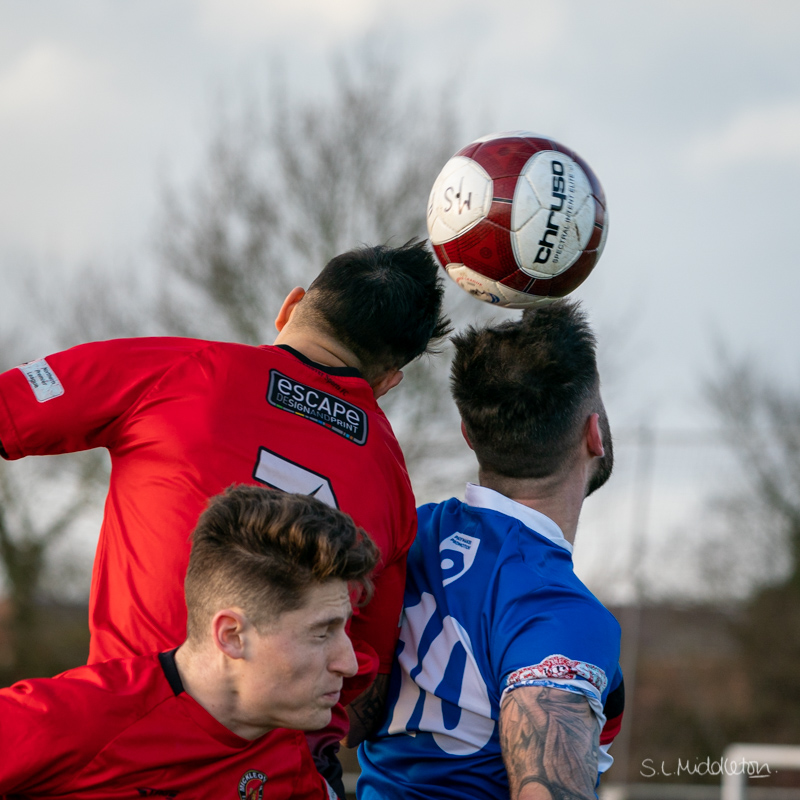 SPORTS SETTLE ON 1-1 AFTER EARLY LEAD AT WHITBY

A partly fiery and sometimes ill-tempered game saw Mickleover Sports back in Northern Premier League action, with a visit to Whitby Town.

Whitby had a chance within the opening minutes, but fired a free-kick straight into the Sports wall.

It had become fairly even for a while before Jordan Hickey put the across face of the Sports goal, with Kieran Weledji just failing to connect for Whitby.

But two minutes later and the tide was turned in Sports favour. Stuart Beavon was given space and played the ball to the edge of the box, where Aman Verma sent the ball firmly into the bottom left hand corner of Shane Bland’s net, for a 12th minute lead.

Soon afterwards Sports were forced to swap Karel Tvaroh for Pablo Mills, causing a reshuffle at the back.

Andy Wright then went close with a free header at close range, as it whistled inches wide of the left hand top corner.

Patrick Webb then had a chance as Sports began to dominate. But a short scuff gave Bland a relatively easy save.

Whitby found their feet again for the last 15 minutes of the first half, with Sunderland loanee Jake Hackett going close, before Weledji forced Nathan Broome into a save.

Sports still had the lead as they went in for the half time break, but both Kemy Agustien and Whitby’s Alex White were yellow carded before the whistle went.

It was a strong start to the second half again for Sports, with Webb firing just over the bar from a Beavon pass, and a corner five minutes later cleared.

But on 59 minutes Whitby were level. Hackett managedto place a corner perfectly for Daniel Rowe to meet, putting his header wide of Broome into the right hand corner.

With Ryan Nesbitt on for Wright, Sports were holding on, but shortly after Dixon was booked, Whitby brought Brad Mills on for Andre Bennett.

Barely a minute later Mills was heading back for the dressing room after a wild tackle was followed by a scuffle, which saw him straight red carded, along with Sports skipper Greg Young.

Although Rowe went close to snatching a late winner when Broome tipped his effort over the bar, Sports returned south with a secure point, ready to fight again on Saturday, when they face United FC at the Don Amott Arena.