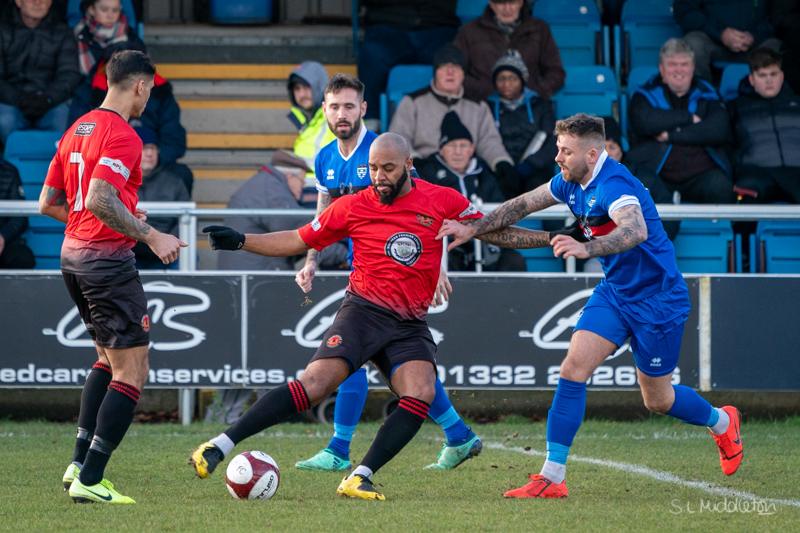 Is The Weather Going To Be Kind?

Following five postponements in the last six matches, Mickleover Sports will be hoping to kick start their Northern Premier League campaign on Tuesday with an away match at Whitby Town.

Ironically Whitby at home was one of only two Sports games to survive during February, when they were defeated 2-1.

Whitby are currently seventh in the table and unbeaten in their last six games, after drawing at home with Ashton Utd last Saturday.

A number of Whitby’s players are in their second or even third spell with the club, including goalkeeper Shane Bland. The former Middlesbrough and Spennymoor player rejoined from West Auckland.

Defender Jassem Sukar has been at the club for about 2 ½ years after starting out at Sunderland, while Alex White is another returnee. He came back two ago, but has also seen action as a Hartlepool Junior, before moving on via Gretna, Stranraer and Blyth Spartans.

Fellow defender Daniel Rowe came in from Frickley Athletic and is an ex Rotherham, Wycombe Wanders and York City player.

Horwood is vastly experienced, having started out at Sheffield Utd in 2004, he made over 315 league starts, as far afield as Gretna and Bala Town. He came to Whitby in January this year.

In midfield they played Jordan Hickey, Adam Gell and Callum Patton against Ashton.

Hickey is a loanee and ex Sunderland and Hull City junior, while Gell returned for his second spell at the club from Shildon in August 2018.

Patton is an attacking midfielder, in his second spell too. The ex English Colleges player came in from Bishop Auckland in November 2018, but has played for numerous North Eastern clubs too.

Bradley Fewster scored Whitby’s goal last weekend and along with Nathan Tymon are a strong force. Tymon came back to Whitby just over three years ago for the third time and is ex Hartlepool, Workington and West Auckland, whereas Fewster came in from Blyth Spartans just over a year ago and is an ex England Under 19 international, having started at Middlesbrough, before moving to listing Preston North End, York, Hartlepool and Spennymoor among his ex clubs.

With 16 games left to play, Sports will not only be hoping to reverse their recent defeat against Whitby, but get in some much needed match practice before the home game against United FC on March 7th.