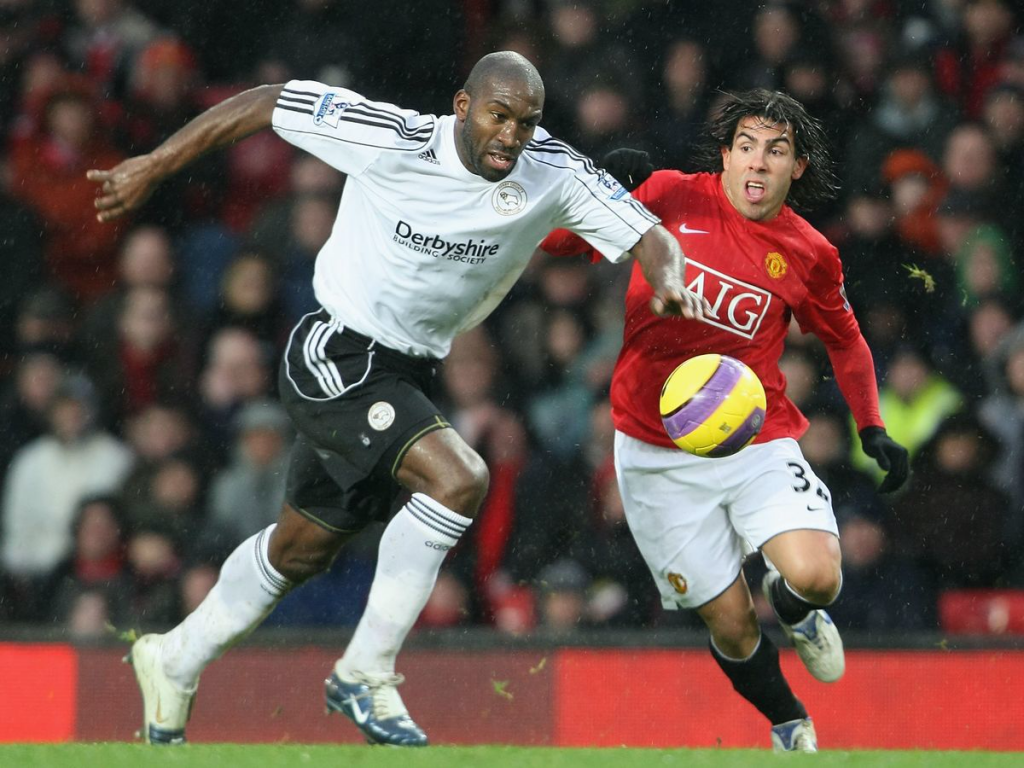 Jamaican International and rock solid central defender Darren Moore has tasted success with a number of clubs in his career.

He made his league debut for Torquay United in March 1992, before he had signed professional and was quickly established as a key player in the Devon team’s defence.

He had three seasons at Plainmoor, with 103 starts and eight goals, before moving on to Doncaster Rovers for £62,500 in July 1995, along with two other of his Torquay team mates.

Behind the scenes dramas and scandals at Doncaster made it a difficult two years for Moore, and after 76 appearances and seven goals, he headed to Bradford City in June 1997 for £310,000.

The highlight of his stay at Bradford was being part of the team that took them into the Premier league for the first time. But his stay from thereon was relatively short, moving to Portsmouth for £500,000 in November 1999.

After just under two years at Fratton Park came his most expensive move, as he moved back to his West Midlands home to join West Bromwich Albion for £750,000.

During his 104 games at the Hawthorns he was promoted to the Premiership in 2001/2 relegated and promoted again the following year, before Phil Brown paid out an initial £300,000 to bring him to Derby County.

He was part of Derby’s promotion winning team in 2006/7, beating West Brom in the play-off final, but after 83 games and being relegated again, he moved on to Barnsley where he stayed for just under two years again.

After a couple of seasons at Burton Albion, where he became captain,  he retired from playing professionally and had a short spell with Wellington Amateurs, before returning to the Hawthorns as Youth Coach.

He became caretaker manager at West Brom too before it was made permanent, but despite being fourth in the championship he was sacked after just under a year and became Doncaster Rovers manager  a few weeks later, where he is still in charge.

He is a Jamaican international with three caps and is also on the PFA Management committee.